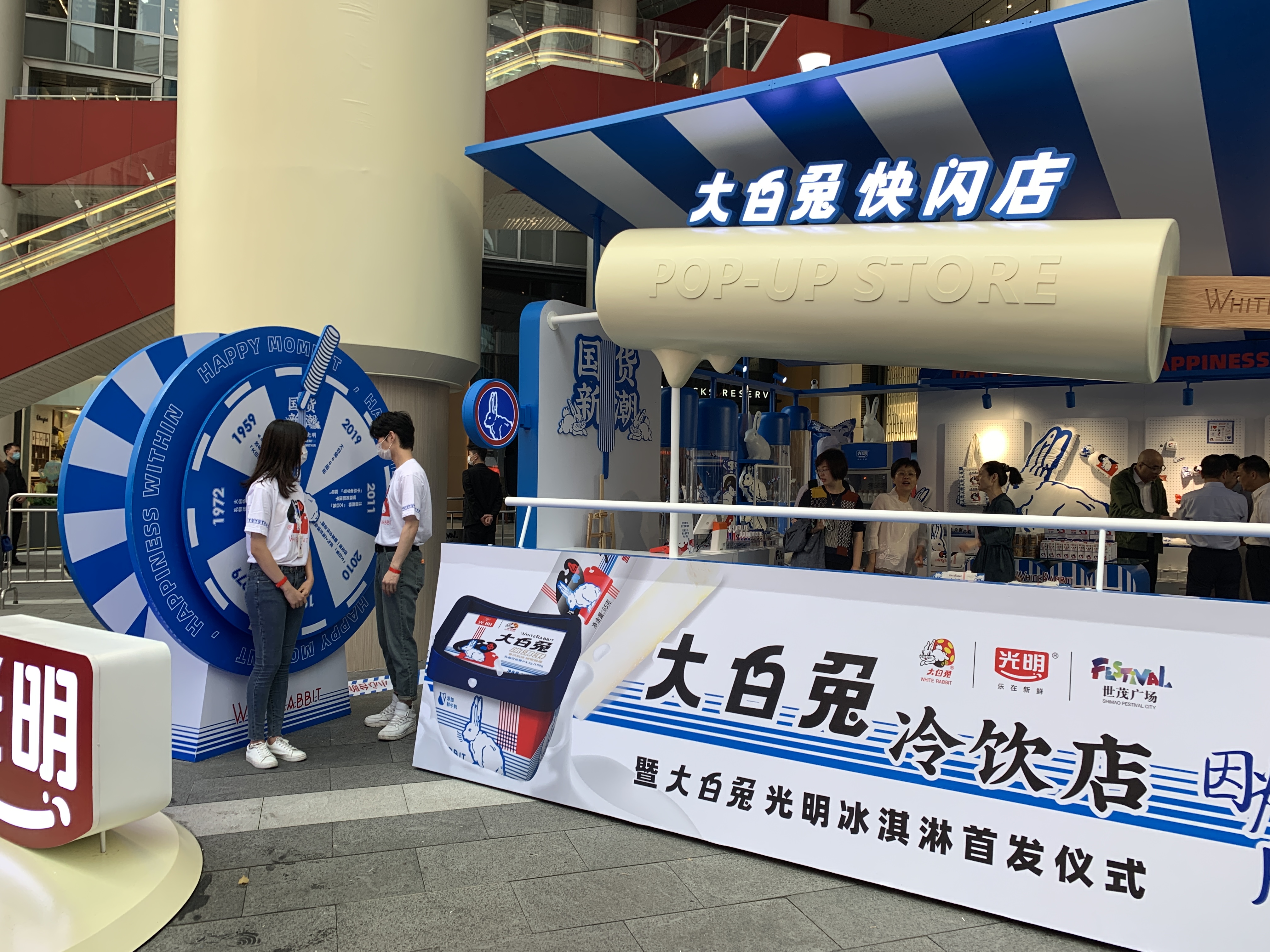 A pop-up store at the Nanjing Road Pedestrian Mall was unveiled on Friday by Bright Dairy Co to promote new ice cream flavors as part of the product debut season for the ongoing shopping festival.

Later this year, it plans to launch a new package based on the Monkey King cartoon character made by the Shanghai Animation Film Studio.

Cushions, tote bags and other products based on the White Rabbit logo are also available at the pop-up store, which will operate until the next month.

An iconic made-in-Shanghai brand, the White Ribbit's original milky candy has expanded to 18 flavor. Last year, it teamed up with chocolate vendor Godiva for a limited-time milky flavor ice cream.

“It gave us experience and know-how to work with Bright Dairy to extend an ice cream flavor and to further promote the brand image of the White Rabbit,” said General Manager Wu Jian of Shanghai Guan Sheng Yuan Food Co, the producer of White Rabbit candy.

"Playing up the influence of local brands is also part of our efforts to respond to the city government’s call for product innovation and quality," Wu said.