Projects worth 6.22 billion yuan for Jiading 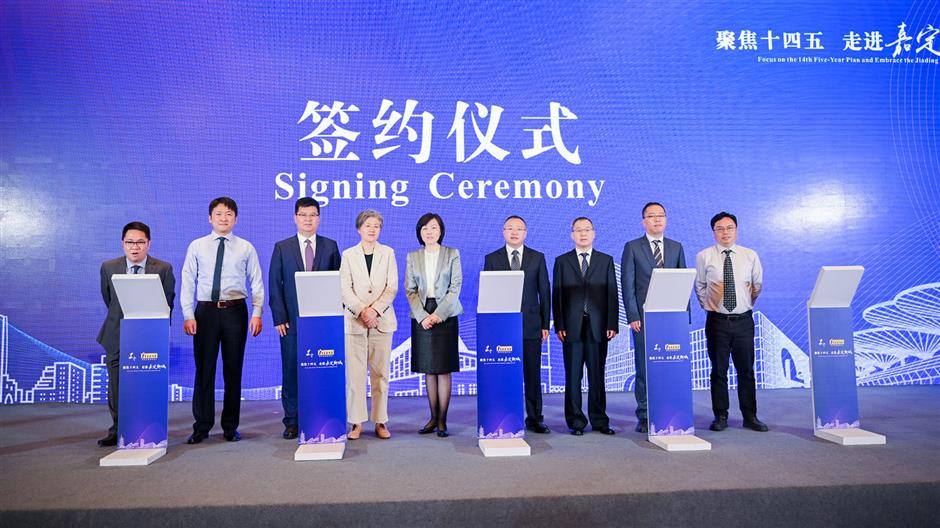 Eight foreign and domestic companies signed contracts with the Jiading government on Tuesday.

Shanghai's five "new cities" in Songjiang, Jiading, Fengxian, Qingpu and Nanhui are expected to be growth engines for the city over the next five years as the government steers more investment toward them.

Eight foreign and domestic companies signed contracts with the Jiading government to invest 6.22 billion yuan (US$968 million), of which 4.82 billion yuan is foreign investment, during an investment promotion event held by the Shanghai Commission of Commerce and Shanghai Foreign Investment Development Board.

Five of eight projects are related to new energy and the automotive industry, Jiading's strongest sectors.

"Business indicators show Shanghai's economy has resumed its pre-pandemic growth. Foreign investment in particular posted strong performance in the first four months, which was up 20.3 percent year on year and increased 25.2 percent compared with 2019," said Zhu Yi, vice chairwoman of the commerce commission.

Construction of Jiading New City began in 2005 and after 15 years the urban framework has been formed. The developed area is about 75 square kilometers, compared with the total area of about 160 square kilometers. It has 486,000 permanent residents currently and will double its population by 2035.