The growing influence of AI stressed at WAIC opening 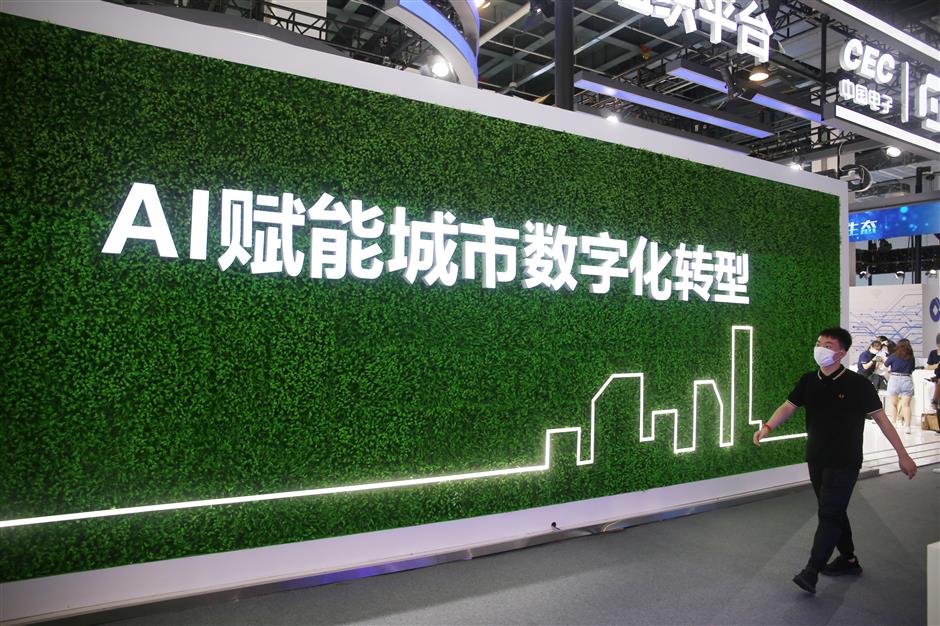 Talks of smart city and digital city dominated the proceedings on the first day of the fourth World Artificial Intelligence Conference in Shanghai on Thursday.

Li Qiang, Party secretary of Shanghai, said that "the development of AI should drive the digital transformation of the city."

Gong Zheng, Mayor of Shanghai, said, "as the largest economic center, Shanghai will always stand in the forefront of pursuing AI development."

Xiao Yaqing, minister of Industry and Information Technology, said, "to enter the intelligent era is inevitable for humankind. Together with Shanghai, the ministry has set eight AI pilot zones in Shanghai. Now China is leading in some AI technologies such as image and speech recognition."

Robin Li, chairman and CEO of Baidu, one of the largest AI and Internet companies, said, "in the past, talks about AI were centering on its commercial value such as economic development efficiency and also security, but now it's time to realize AI has many social values in improving people's life quality."

"For example, in smart transportation with intelligent vehicles and smart roads, its commercial value is that it can improve traffic efficiency by 15 percent which boosts GDP by 24 percent. But its social value is also significant, which can empower safer and greener travel, reduce the traffic accident rate and reduce carbon emissions," Li added.

"Each year, globally, there are 51 billion tons of carbon emissions with transportation contributing a huge 16 percent," Li said.

"In smart elderly care, it can help us in tackling with a moderate aging society instead of a light aging one. China's elderly population will reach 300 million within the 14th Five-Year Plan period."

Ken Hu, the rotating chairman of Huawei, said, "at the WAIC exhibition, I noticed two features. One is that there are few dazzling and cool AI technologies or products on show. The other is more core technologies are on show.

"Most of the exhibits are not novel to us and can be seen in daily life, which means AI was tangible in the past and now it has become pervasive around us and even invisible to some extent," Hu said.

"Most people who live in Shanghai have used Shanghai's citizen hotline – 12345 – one or more times. The hotline is very helpful and efficient, to be honest. Each month it has more than 600,000 citizens sending their views, almost 20 per minute. The secret of its efficiency is the application of AI."

"I think AI now is very much a part of our daily lives. We can do something to accelerate the process of its landing in life. For example, we should enhance the construction of AI computing center, one of the most important city infrastructure, as computing ability is as important as water and electricity," Hu added.

Xu Li, CEO of SenseTime, the world's most valuable AI company, said, "this is the fourth time I have come to WAIC. I noticed AI has come closer and closer to our life, based on the changing themes of each year."

"The core of a digital city is to produce, collect and empower the big data," Zhou added.

"Digital city is a software-defined city in fact, which means the deeper the digitalization, the bigger the challenge for us. So data security is more important than ever."