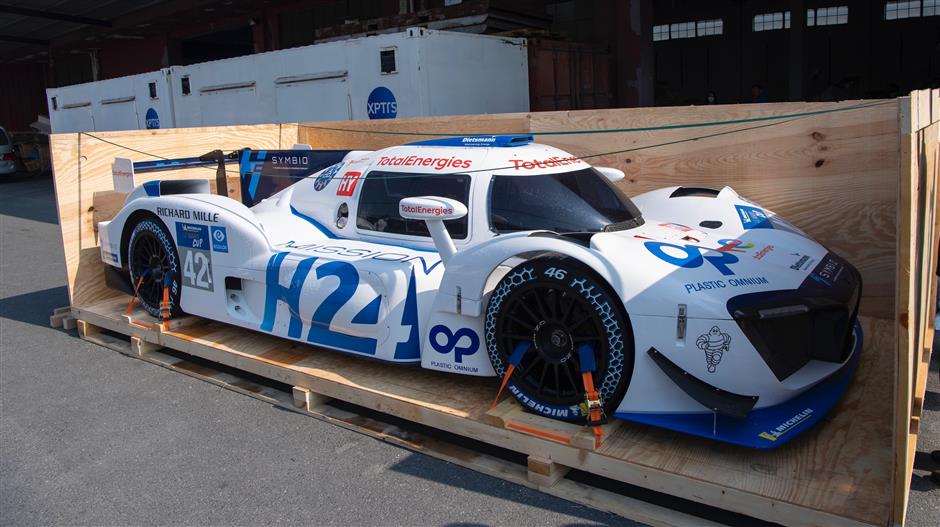 The Michelin Mission H24 car powered by hydrogen is in Shanghai for the China International Import Expo in November.

A racing car from Michelin worth 70,000 euros (US$82,131) has arrived in Shanghai to be among the earliest exhibits in place for the 4th China International Import Expo in November.

The Mission H24 car powered by hydrogen started from Paris via Luxembourg and had a stopover in Thailand. It had a thorough disinfection last night after landing at the Pudong International Airport.

On Monday morning, it completed Customs clearance, which only took one second via digital devices and services.

"Considering various uncertainties of flights, we tried our best to fly this car to Shanghai at the earliest time," said Kamran-Charles Vossoughi, president and chief executive officer of Michelin China.

"Now we have plenty of time to make preparations," he said.

Co-developed by Michelin and Symbio, the car has special tires, which will be a highlight at the Michelin's presentation at this year's CIIE. 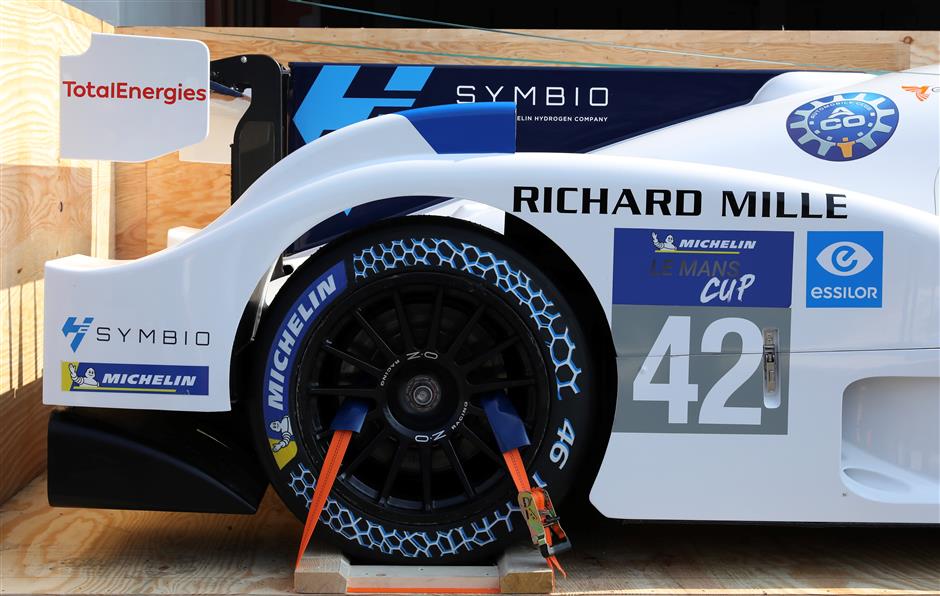