The fourth China International Import Expo has welcomed the first batch of exhibits into the exhibition venue.

The first CIIE exhibit entering the National Exhibition and Convention Center (Shanghai) was a bending machine with automatic tool changer brought by Japanese manufacturing company Amada, which has participated in the expo since its second session.

The fourth CIIE will be the first showing of this HRBC-ATC machine at a large-scale comprehensive exhibition, the company said.

The other two exhibits arriving at the hall were both from Jungheinrich, a German company active in the material handling equipment, warehousing and material flow engineering sectors.

The two products, with green designs, EZS7280 and ETVQ20, will respectively make the debut in the Asia Pacific region and China.

Bai Daping, general manager of Jungheinrich China, said: "By standing on the shoulders of this giant (CIIE), we have not only seen our brand awareness greatly enhanced, but also achieved huge business opportunities in the Chinese market.

"Our product exhibited at the first expo now has a market share of more than 50 percent and ranks first, while those at the second expo has been put into localized production in our Kunshan plant, which can reduce costs by 25 percent.

"The European hidden champion is no longer 'hidden' in China." 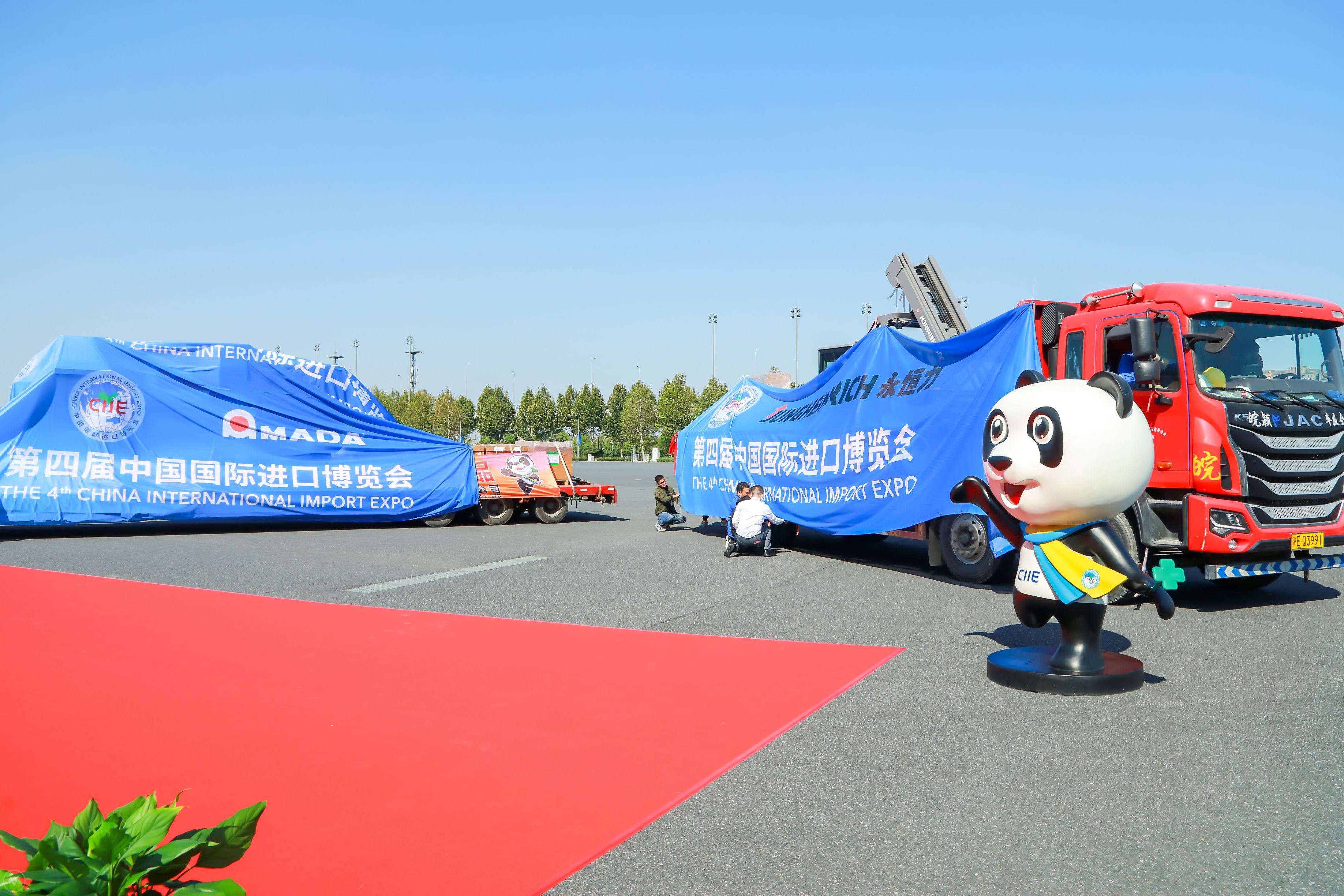 Feng Jianhui, senior logistic manager of the National Exhibition and Convention Center, said the China International Import Expo Bureau and the Center have made specific plans to transport various exhibits since August.

They also strictly carry out measures for epidemic prevention and control.

As of October 23, Shanghai port has temporarily imported 150 batches of exhibits. About 98 percent of the exhibits to be displayed at the fourth CIIE have entered the country.

For the next step, decoration and facilities installation will be fully launched in all exhibition areas. The booth construction and exhibit arrangement of all exhibitors is expected to be completed around November 2.