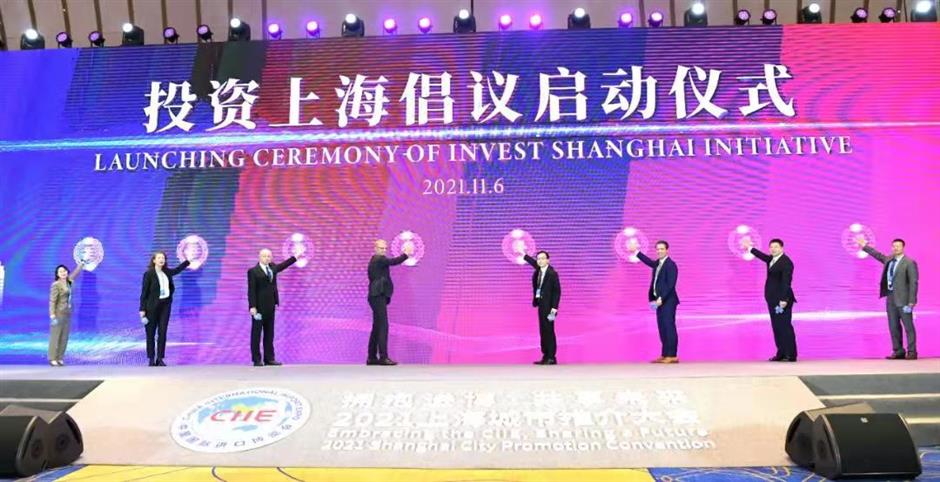 Senior officials from the municipal government are again inviting investors from around the globe to set up and grow their business in Shanghai which will remain focused in sharpening its core competitiveness and improving its attractiveness.

The 2021 Shanghai City Promotion Convention, held on Saturday at the Shanghai Tower with the theme of "Embracing the CIIE, Sharing a Future," was in its third consecutive year. It aims to expand the spillover effects of the China International Import Expo, which runs through Wednesday in suburban Qingpu District.

"Shanghai boasts comprehensive strengths in attracting businesses from both within the country and around the world," Shanghai Party Secretary Li Qiang said while addressing the annual conference.

"Shanghai is a place where you can find unlimited inspiration, like-minded partners, competitive industrial strengths, a challenging and valuable market, high-quality, efficient administrative services as well as an enriched life experience."

The number of market entities of various types already exceeded 3 million in the city, which added an average of 1,989 new enterprises on a daily basis in the first three quarters of this year, a year-on-year increase of 24 percent.

Between January and September, the number of newly established foreign-funded firms rose 27.1 percent from the same period a year earlier to 5,136, while paid-in foreign investment climbed 15 percent to US$17.847 billion.

"Shanghai leads the growth of the Yangtze River Delta region and that's why we have set up our science and innovation headquarters, as well as our China headquarters, here," said Leon Wang, executive vice president, international and China president of AstraZeneca.

"The city is definitely irreplaceable in terms of its large number of high-level talent in various fields, and many of our partners are also located in Shanghai."

Anri Nakahara, vice president of China region external affairs with Shiseido, confirmed Shanghai's important role in the company's business development in the country over the past few decades.

"Shiseido is celebrating its 40th anniversary in China this year and our growth has indeed benefited a lot from the city's great business environment," Nakahara said. "We are very much impressed by the efficiency of local administrative departments, among others."

In the latest testament to its commitment to accelerating its growth in China and its confidence in investment in Shanghai, the Japanese cosmetics giant unveiled on October 27 a new R&D center in Oriental Beauty Valley in suburban Fengxian District. It is the second in Shanghai and the third in the country.

As part of the event, contracts involving 19 projects with total investment of 17.8 billion yuan were signed on site. They covered industries including biopharmaceutical, integrated circuits, artificial intelligence, high-end equipment, advanced materials, and biohealth. 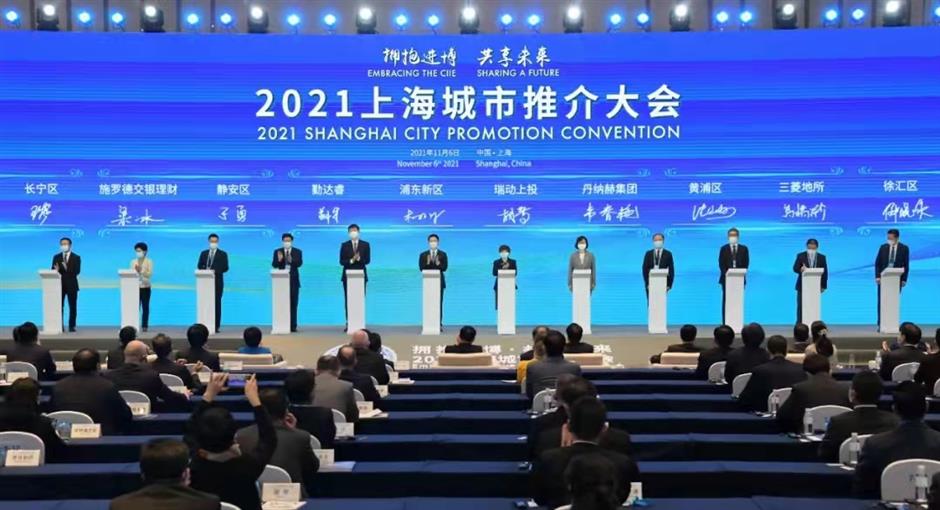 A total of 19 projects involving investment of 17.8 billion yuan are signed during the event.