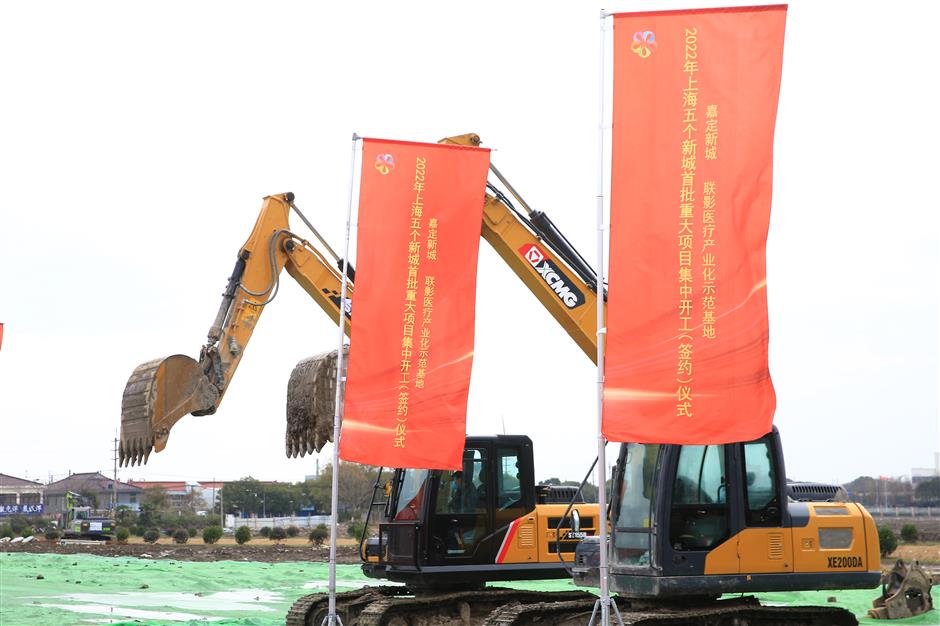 Construction for the second phase of Shanghai United Imaging Healthcare Co's medical industry demonstration base commenced in Jiading New City on Thursday. Covering a site area of 200 mu (13.3 hectares), the project is scheduled to start operation in 2024.

Construction for 40 key projects in Shanghai's five "new cities," with investment totaling 132.82 billion yuan (US$20.84 billion), kicked off on Thursday, as the city continued to press ahead with its strategic master plan on the development of the five suburban areas to boost its economic and social growth.

The 40 projects cover various sectors, including high-end industries, science and innovation, infrastructure as well as those closely related to people's well-being.

The plan to build five "new cities," in suburban Jiading, Qingpu, Songjiang and Fengxian districts as well as Nanhui in the Pudong New Area, was first introduced in January 2021 when the city released its 14th Five-Year Plan (2021-2025), saying they will be developed into conveniently accessed livable areas where urban life and industrial development are well integrated, with each leveraging its own strength for future growth.

According to the government blueprint, there will be around 3.6 million permanent residents in the five "new cities" by 2025 and the number will grow further to 5 million by 2035.