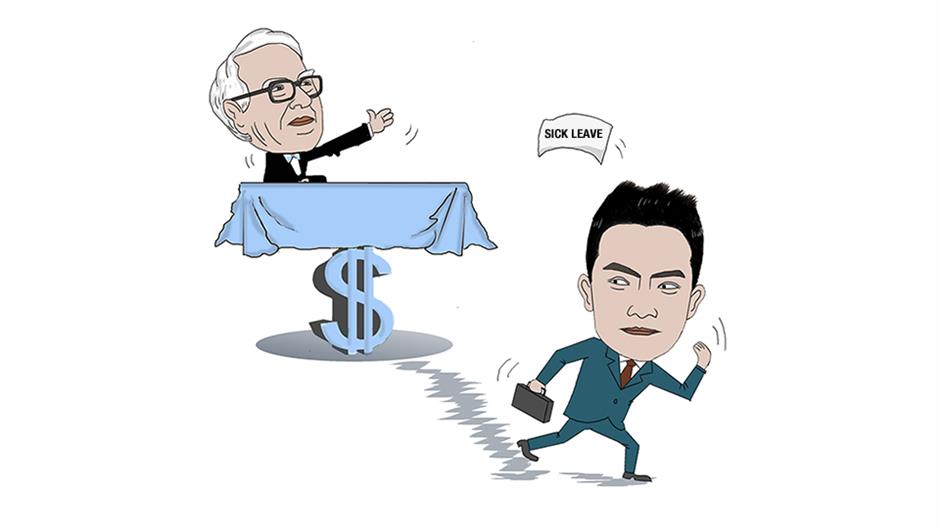 Chinese cryptocurrency entrepreneur Justin Sun has postponed his US$4.57 million charity lunch with Warren Buffett due to ill health, according to social media.

Buffett, the billionaire chairman of Berkshire Hathaway Inc who once called bitcoin "probably rat poison squared," was due to have lunch with Sun on Wednesday, after Sun won a charity auction with a record US$4.57 million bid.

Sun had said that he hoped the lunch would "bridge the gap between institutional and traditional investors and the realm of cryptocurrency and blockchain technology."

According to Sun's Weibo account he is suffering kidney stones and is being treated in hospital. He is in a stable condition but cannot receive visitors.

The parties agreed to reschedule at a later date, said a tweet from Sun's TRON Foundation.

Buffett is highly skeptical of cryptocurrencies. At Berkshire's annual meeting last month, he likened wagering on bitcoin to betting on zero or double-zero on a Las Vegas roulette wheel.

TRON says its goal is to establish a decentralized internet. It launched its TRX token in 2017, raising about US$70 million in an initial coin offering, and acquired San Francisco-based BitTorrent for US$120 million in cash last year.