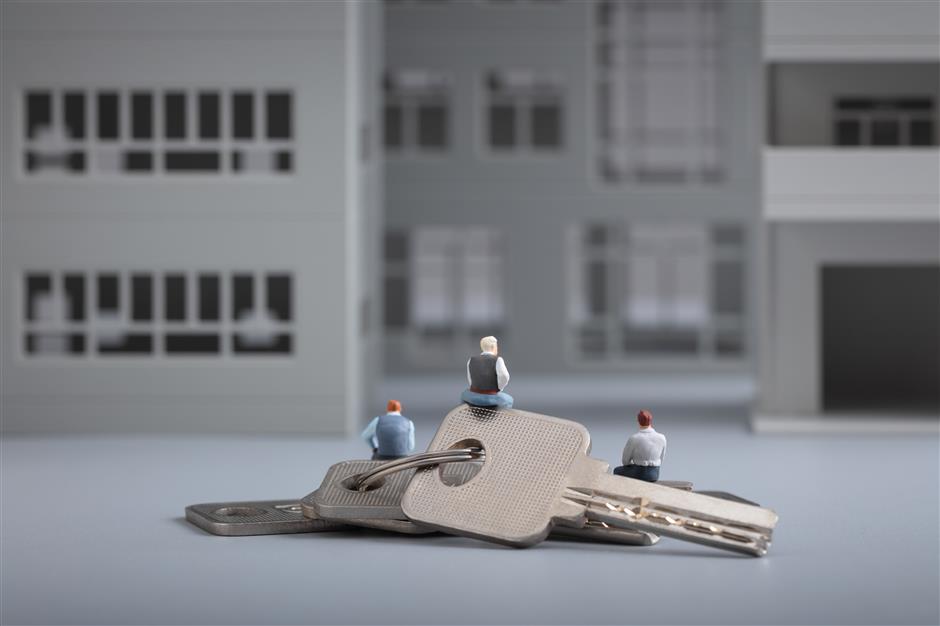 China's top banking regulator and major banks are working to calm down frustrated homebuyers who are outraged at having to continue making mortgage payments on unfinished homes.

The delayed delivery of apartments has caused widespread concern among Chinese buyers, some of whom have taken to social media to voice their anger and threaten to stop repaying mortgage loans for presold apartments.

Officials at the China Banking and Insurance Regulatory Commission said on Thursday it will guide financial institutions to participate in relevant risk disposal "in a market-oriented manner."

It will also strengthen coordination with other institutions such as the Ministry of Housing and Urban-Rural Development and the People's Bank of China, the country's central bank, to ensure the delivery of the contracted houses, according to a CCTV report.

Meanwhile, a number of banks, including the top six state-backed commercial banks, announced that their overdue home loan business exposure is "small in scale" and will not have a significant impact on their operations.

Shanghai Pudong Development Bank, a Shanghai-based joint-stock commercial lender, said on Thursday night that by the end of June, the company's mortgage loan balance was 886.9 billion yuan (US$131.2 billion) and only 56 million yuan in loans had been overdue.

"The overall risk was controllable," said Pudong Development Bank, adding that it will work with local governments to closely monitor the financial situation of real estate developers and their projects and safeguard the legitimate rights and interests of its clients.

Chinese authorities' tough measures, intended to tighten the screws on borrowing by the country's developers, have triggered bond defaults among industry giants like Evergrande and Shimao Group Holdings.