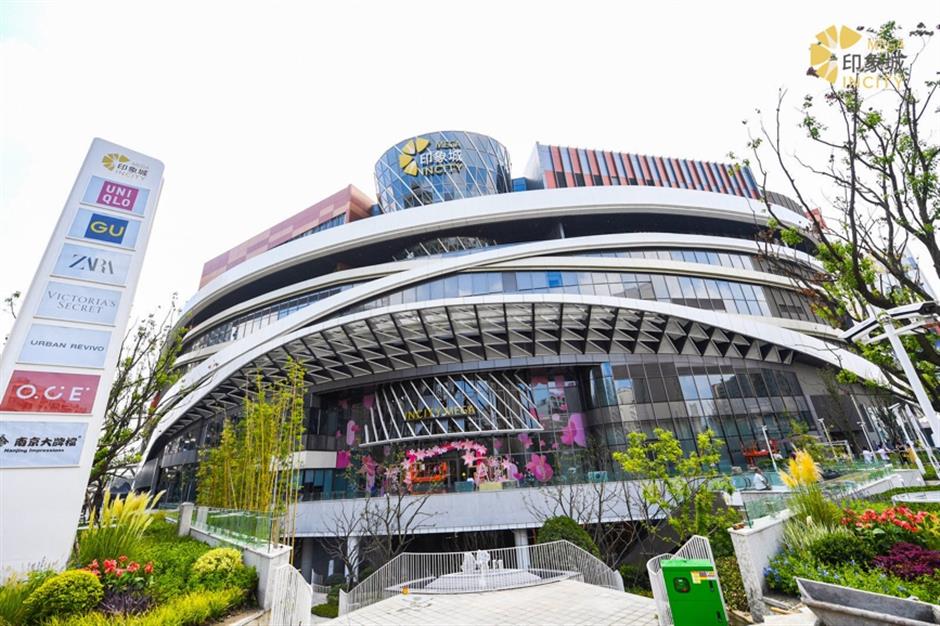 Shanghai Nanxiang Incity Mega, one of the city's largest retail developments with a gross floor area of 340,000 square meters, opened in the city's northwest Jiading District on Tuesday.

Total investment for the project, a nine-story development including three under the ground, exceeded 3 billion yuan (US$433 million), according to SCPG, the retail property development and operation platform of China Vanke Co.

"The Nanxiang project, which took us about five years to open, serves as the latest evidence for SCPG's confidence in and commitment to Shanghai's commercial property market," said Leo Ding, chairman and CEO of SCPG.

"According to our plan, at least one new retail real estate project with a gross floor area of more than 200,000 square meters will be added in the city every year from now on."

A few months behind its original opening date, mainly due to the COVID-19 outbreak, Shanghai Nanxiang Incity Mega has leased 95 percent of its space. Of the total of over 400 brands, around 40 percent have chosen the project to either make their debut in the Shanghai market or unveil brand-new concept stores, according to the company.

At the end of last year, SCPG managed and operated 108 projects in over 50 Chinese cities with areas under management totaling 9 million square meters, according to China Vanke's 2019 report.