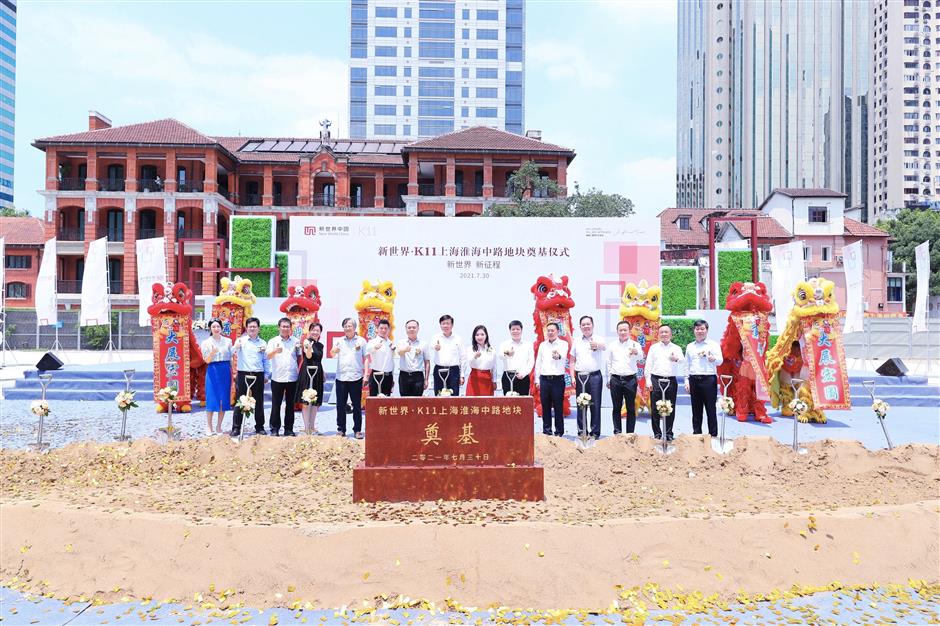 A groundbreaking ceremony for the second K11 museum-retail mall in Shanghai was held today in downtown Huangpu District.

New World Development, a Hong Kong-based conglomerate focusing on property, infrastructure and services, department stores and hotels, held a groundbreaking ceremony today for its second K11 museum-retail mall in Shanghai in downtown Huangpu District, less than a year after its acquisition of the land on which it's built.

It is the fourth K11 art mall in East China, a brand founded in Hong Kong in 2008 by Adrian Cheng, chief executive officer and executive vice chairman of New World Development.

First tapping the Chinese mainland market in 2013 with the opening of the Shanghai K11 Art Mall on Huaihai Road M., the museum-retail brand has extended its footprint to a number of cities, including Wuhan, Guangzhou, Shenyang, Ningbo and Hangzhou.