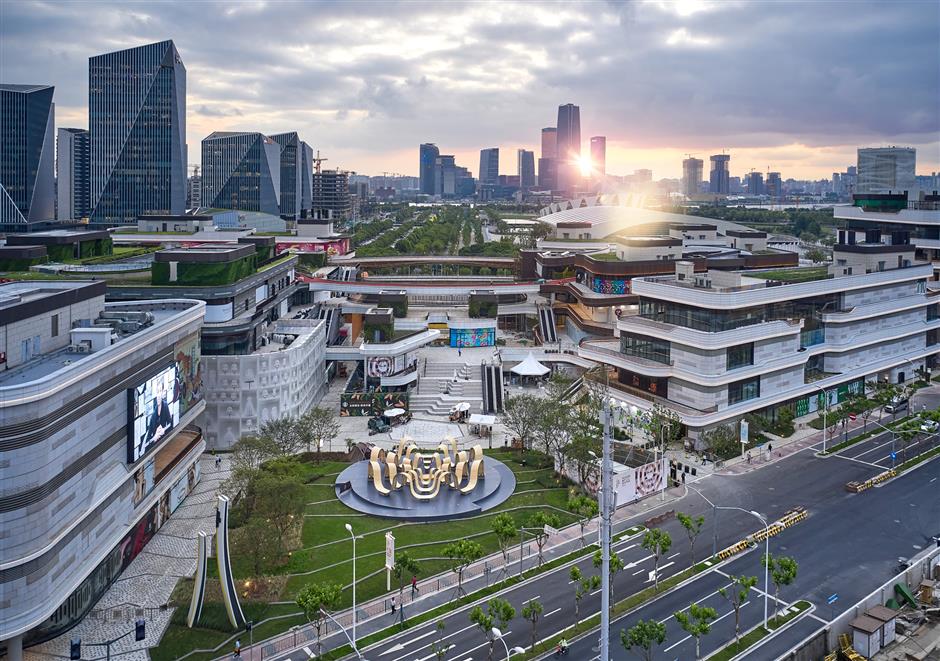 Taikoo Li Qiantan, a 120,000-square-meter retail complex jointly developed by Swire Properties and Shanghai Lujiazui Group, officially opened on Thursday, the latest addition to Shanghai's fast-developing retail landscape as the city accelerates to build itself into an international consumption hub.

Located in the heart of the thriving Qiantan area on the east bank of the Huangpu River, the 50-50 joint venture project is the third Taikoo Li project on the Chinese mainland following Taikoo Li Sanlitun in Beijing and Sino-Ocean Taikoo Li Chengdu.

"Shanghai is a city of great significance to the Swire Group, as it is where the group first settled down on the Chinese mainland over 150 years ago," said Tim Blackburn, chief executive of Swire Properties. "We are thrilled to expand our presence in the metropolis with this groundbreaking project, and are confident that it will help shape Pudong as a famous shopping destination in the years to come."

Housing some 250 shops across five floors with around 50 brands making their debut in Pudong, Taikoo Li Qiantan adopts an open-plan architectural layout with staggered alleys, which is typical with the Taikoo Li brand.

The project also features the "double-open park concept," a wide expanse of open green space and lanes across the ground level and rooftop, connected by an 80-meter-long Scenic Bridge overlooking the Huangpu River.

A naturalistic design concept has been adopted by the wellness-themed project which offers a diverse mix of luxury and contemporary fashion labels, lifestyle brands and F&B outlets. Notably, more than 20 tenants are showcasing the "garden concepts" to echo the theme of Taikoo Li Qiantan: a temporary store by Louis Vuitton with a new design concept inspired by LV's Monogram 4 petal flower pattern; the first Oasi Zegna Garden on the Chinese mainland; Boucheron Jardin d'Hiver -- a first in Shanghai presented by Boucheron; Starbucks' Greener Store Lab, a global first; and AVENUE & SON's first store on the Chinese mainland with a skatepark.

"We admire Swire Properties' long-term vision and its innovative approach to creating communities and it is our shared vision that forged our remarkable partnership," said Xu Erjin, general manager of Shanghai Lujiazui Group, which leads the development of the 2.83-square-kilometer Qiantan area. "I'm confident that Taikoo Li Qiantan will become a vibrant city landmark that reinforces Qiantan's position as an international commercial hub."

The newly launched Taikoo Li Qiantan is part of a mixed-use development dubbed Qiantan's "Heart of Urban Living," which also consists of New Bund Center, a 280-meter Grade A office tower, and Shangri-La Qiantan, a 585-room luxury hotel scheduled to open next month.