One of Asia's largest artificial intelligence data centers has officially been put into operation in Shanghai's Lin-gang Free Trade Zone.

The center covers a total area of 130,000 square meters, holds 5,000 computer racks and was built with US$880 million worth of investments. The infrastructure has a designed computing capacity of 3.74 exaFLOPS, which is one of the strongest among data centers in Asia.

One of the most obvious advantages of the data center is its ultra speed. It's able train models with 100 billion parameters, which can provide millions of business models for all types of companies. 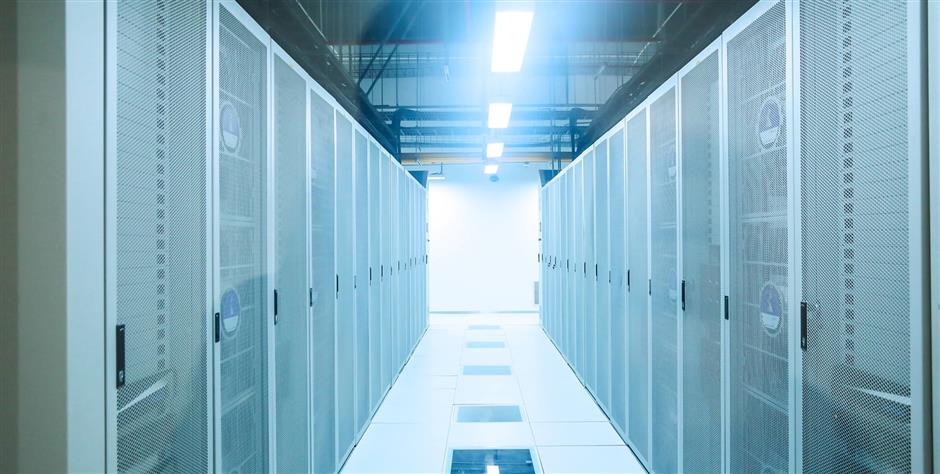 A total of 5,000 computing racks are installed in the server rooms at the center.

Companies in industries such as bio-medicine and auto are expected to benefit most from the data center.

"Industries like bio-medicines and physics need AI to help them explore the next step. We have already cooperated with the National Center for Protein Science to help them on their research and development," said Yang Fan, co-founder and vice president of SenseTime.

The AI data center is also expected to reduce line loss rate by some 50 percent and save approximately 45 million kilowatt-hours of its annual power consumption. The operation center is able to check the power use status of the center.

"AI computing will be the most efficient method through the use of a high-speed CPU accelerator," said Li.

The establishment of such large-scale AI data centers is crucial to the country's self-design abilities in the AI industry. In recent years, Chinese AI makers such as SenseTime, iFLYTEK and Cambricon have also been growing rapidly.

A China Academy of Sciences report predicts the value of the country's core AI industry will reach more than US$63 billion by the end of 2025.

And of course, all these also echo Shanghai's goal to further develop its AI industry. Last week, Shanghai Mayor Gong Zheng said in his government work report that one of the city's main tasks for 2022 is conducting a round of AI innovative solutions for the real economy.