Old villages in the modern era

Wang Helin, 35, recently returned to Shanghai from his home village in Anhui Province, where he had hoped to carve out a quieter life in the place he left 20 years ago. But he was disappointed.

“There isn’t much to do there: no land to plant, no business opportunities and not many available jobs,” he says. “It is no longer the village that I remember from my childhood. My home village is lost.”

Much of traditional village life in China has been transformed by rapid economic development and the impact of modern ideas supplanting old lifestyles.

Renowned Chinese writer Feng Jicai has been among those long calling for traditional villages to be protected, especially those that retain traces of historical or cultural value. He estimates that about 80 to 100 villages were “lost” every day between 2001 and 2011.

Rapid industrialization and urbanization have been a death knell for village life as it once existed. Many villages have suffered from an exodus of young people attracted to cities by job opportunities. Some villages just didn’t have much left to show for themselves after decades of war and turmoil. 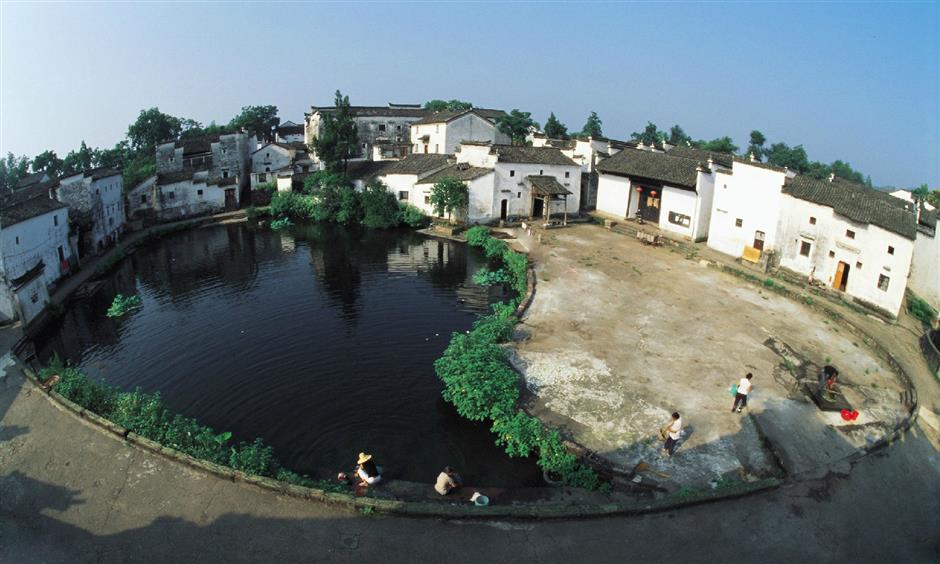 Zhuge Village is also known as Bagua Village because it's laid out in the shape of the "Eight Diagrams." 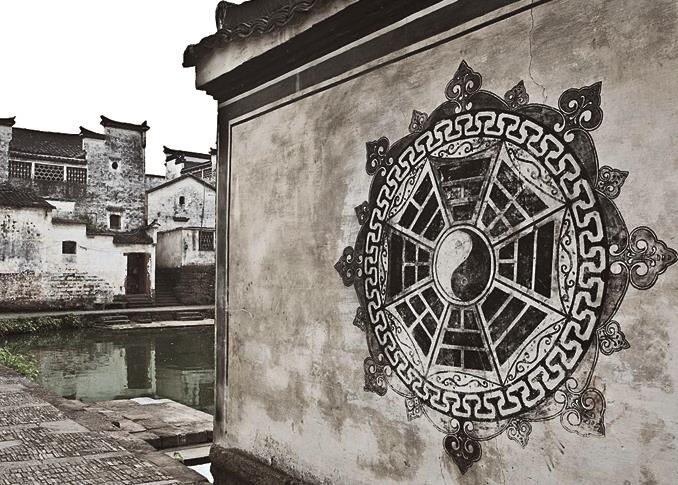 The sign of "Eight Diagrams" decorates walls in Zhuge Village.

Although it’s hard to reverse progress, nostalgia for older, quieter times has wormed its way into the public consciousness. More people today speak of the need to preserve what’s left of the past before it disappears altogether.

“Not all villages need to be protected,” says Zhang Anmeng, co-founder of the Scholarly Commission for the Protection and Development of Traditional Villages, a Shanghai-based nongovernmental group dedicated to protecting traditional villages. “Some just naturally disappear as an inevitable social trend. Others have nothing of cultural or historical value left and, hence, nothing to be protected.”

She adds, “Still, having said that, it is also very sad to see many villages with great cultural past wasting away or being exploited by developers. It is a very complicated social issue and has to be dealt with village-by-village.”

In Wang’s case, her home village is still there in Anhui, but residents don’t farm anymore because it’s backbreaking work for little profit. Wang’s relatives have leased their fields to large agricultural companies and moved into modern-style houses in nearby towns.

In some cases, once thriving fields have simply been abandoned and empty farmhouses stand like ghosts dotting the landscape.

Renowned Chinese writer Feng says many villages have been put on national protection lists since 2012, but that doesn’t necessarily shield them from crass developers.

“The ones on the lists are suddenly considered to have great tourist potential,” he says. “And villagers are led to believe that this is the only road to wealth. They are seduced by the slick talk, and soon the outside developers have moved in with fast and rough tourism that damages the villages greatly.”

By the end of last year, 4,153 villages were on the protection lists of various central ministries, and multiple layers of governments have come up with detailed preservation plans, which often have a similar ring to them and usually involve tourism. 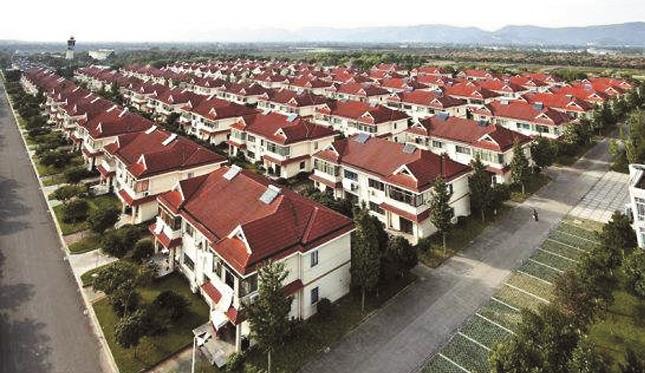 New villa houses have been built for residents in Tengtou Village in Ningbo, Zhejiang Province. Rapid urbanization is taking place in many traditional villages across China.

Investors see the concept of traditional villages as a growth point for increasingly popular countryside tourism. One result features copycat versions of old buildings with white-washed walls and gray tiles in town after town. And in villages lacking quaint old features, mock tradition is erected.

“You can’t really blame the companies,” says Leo Lin, a Shanghai-based hedge fund investor specializing in the tourism industry. “The primary aim of a corporation is to maximize profit. This is not charity work. It takes a lot of money and research to do it properly. Government policies and subsidies make village investment worthwhile, but it will take time to find the right balance between profit and social benefit.”

Villages where most residents share the same family name and are descended from the same clan risk losing those special qualities that distinguished their towns.

“My parents were just ordinary farmers, but we had traditions akin to those of a more scholarly family,” says Zhang Nensheng, a retired elementary school headmaster in Zhangguying Village in central China’s Hunan Province. “We were encouraged to read, write and honor traditional values. My parents taught me basic virtues and good manners. There was a sense of sharing love and respect with our ancestors.”

That way of life is fading quickly, he adds. “It takes generations to build and only a few decades to disappear.”

In 1989, Zhangguying Village was first recognized for its unique architecture and remarkable traditions, long before the idea of preserving villages existed. It has gone through three rounds of tourism development financed by outside companies. 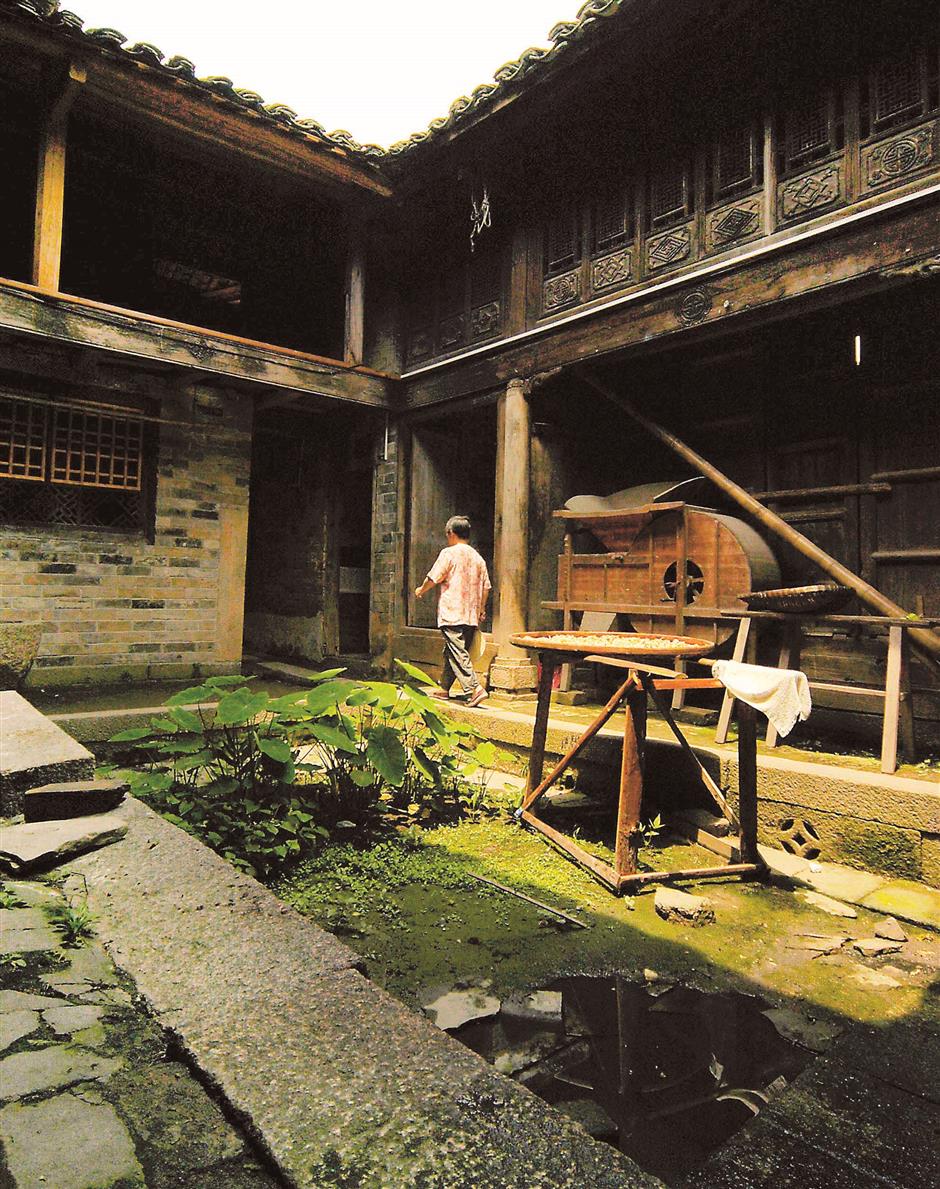 A connected complex of houses and courtyards in Zhangguying Village was built centuries ago for extended families.

The village management committee spent seven painstaking years working with the third and final developer, who wanted to buy a building owned by 40 households and turn it into a resort. The residents balked and the developer eventually pulled out.

“We have probably enjoyed all the benefits and faced all of the problems that these sorts of projects bring,” says a member of the village management team. “We now believe the best way forward is for the government to take over and take the lead.”

In many villages, residents are getting savvier about development and more aggressive about outsiders who come in and think they can make a killing at the expense of locals.

“Villagers are the soul of a village. says Zhuge Kunheng, head of Zhuge Village in Zhejiang Province for nearly 20 years. “Buildings are soulless without villagers. It is important that the lives of villagers are improved under protection and development plans.”

His village offers incentives for residents to stay, including free house maintenance, Wi-Fi and phones. Those who agree to preserve their old houses and protect the environment are also eligible for more social benefit payments.

“It took years for our villagers to understand the value of our village and to become proactive in protecting what we have,” Zhuge says. “But there are always temptations lurking.”