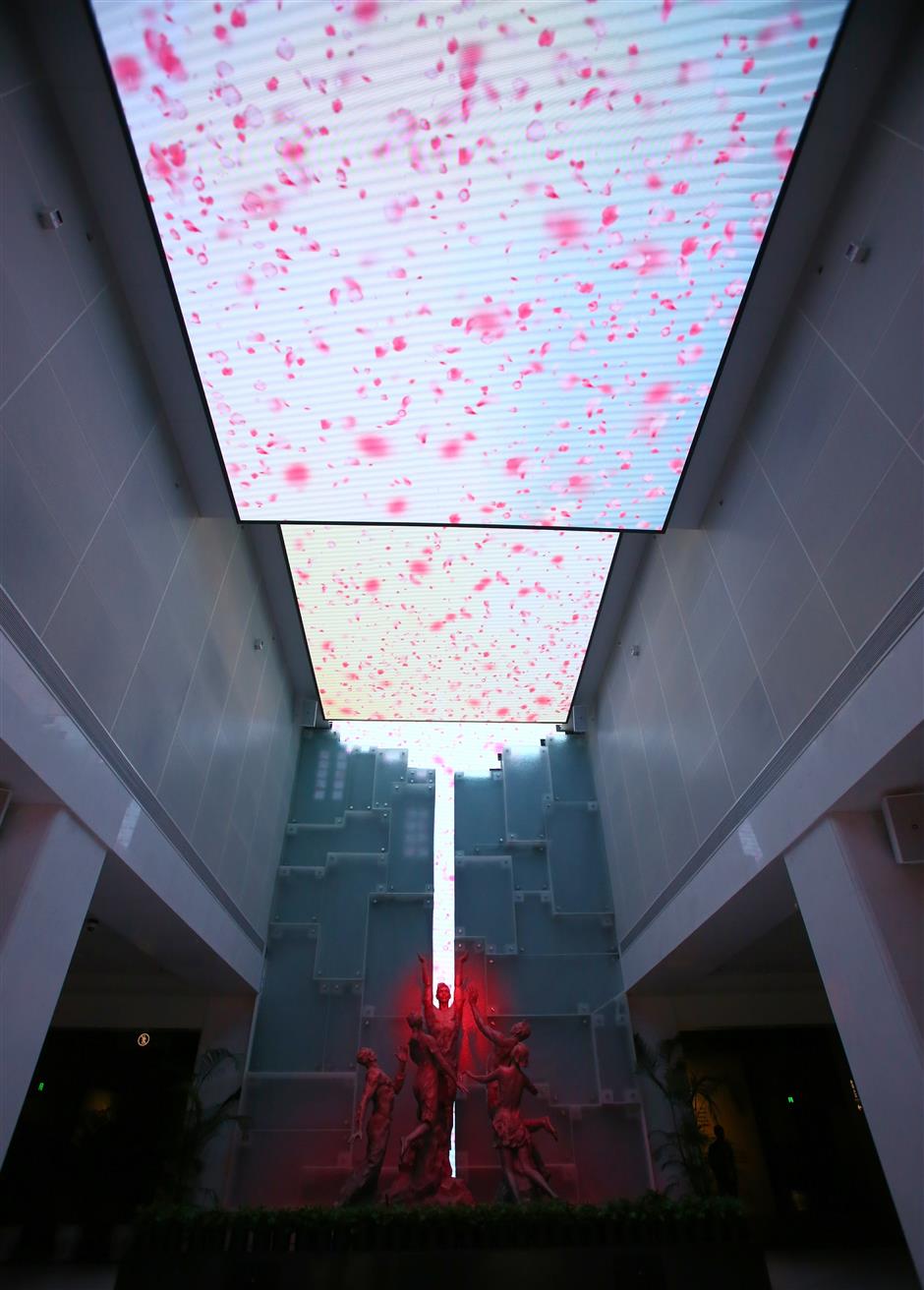 Artistic resources have been applied to the memorial.

Shanghai’s largest memorial for revolutionary martyrs will have a modern touch when it reopens on October 16 after a big renovation project.

The Longhua Martyrs’ Memorial is located in the middle of Longhua Martyrs’ Cemetery. More than 1,700 martyrs, including revolutionary martyrs who died in wars as well as firefighters and police officers who sacrificed their lives on duty, rest in peace here.

“This is the memorial’s first renovation in the last 20 years,” said Xue Feng, director of the memorial. “We want to use the latest artistic and multimedia resources for exhibition, to tell the story of the city’s heroes and spread their spirits.”

He said when the exhibition was first launched in 1997, it applied some of the latest techniques such as holography. However, the once-advanced concepts and facilities gradually fell behind the time.

“Stories of the martyrs were mainly illustrated with a profile picture and a brief instruction,” said Zhu Xiaoli, an official with the museum. “But it began to lose attraction to the visitors, particularly the teenagers. The newly added multimedia settings will present the stories in a more modern and interactive way.”

One of the highlights of the recent renovation is the multimedia sculpture, which depicts the story of 24 martyrs who were executed on February 7, 1931 in the former Songhu Garrison Command — the current location of the martyrs’ cemetery.

The martyrs’ average age was around 27.

The multimedia sculpture which presents the story of the 24 Longhua martyrs combines sculpture, music, recitation, holographic and illumination technologies.

Against background of the martyrs’ sculptures, their stories are retold through modern dance using holographic and illumination technologies.

The designers also invited renowned reciters and musicians to participate in the production.

A total of 240 martyrs and 16 heroes are featured in the memorial after the renovation, along with 1,500 photographs and 400 cultural relics.

Their stories are interwoven with major historical events in Shanghai, which makes the memorial look more like a history museum of the city.

To make the exhibits attractive and at the same time be true to history, staffers have consulted local history experts, relatives of the martyrs and ordinary visitors.

The renovated structure has added bilingual instruction throughout the exhibition.

“There are about 7,000 to 8,000 foreign visitors who come to the memorial every year,” said Xue. “We hope the bilingual instruction can better convey the history to the international audience.”

The memorial plans to launch a bluetooth guide that can be used with mobile phone, as well as English audio guide, for visitors.

“Shanghai is a city of heroes,” said Xue. “During war time, they gave their life for the country’s peace; in peace time, elites in all walks of life, such as scientist Qian Xuesen (1911-2009) and maestro Zhou Xiaoyan (1917-2016), contributed to the country’s development.

“President Xi Jinping once said that Chinese people admire heroes, make heroes and boast many great heroes from generation to generation. We need the spirit of these heroes even in times of peace,” he added. “We also want to tell the visitors through the exhibition that the spirit of heroes has never left us.” 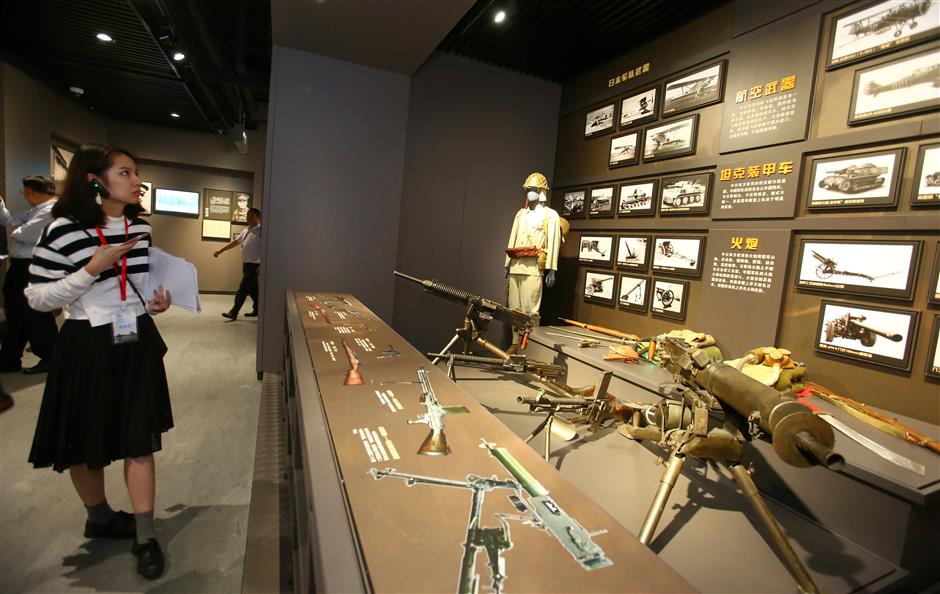 A young visitor browses exhibits at the newly renovated memorial. 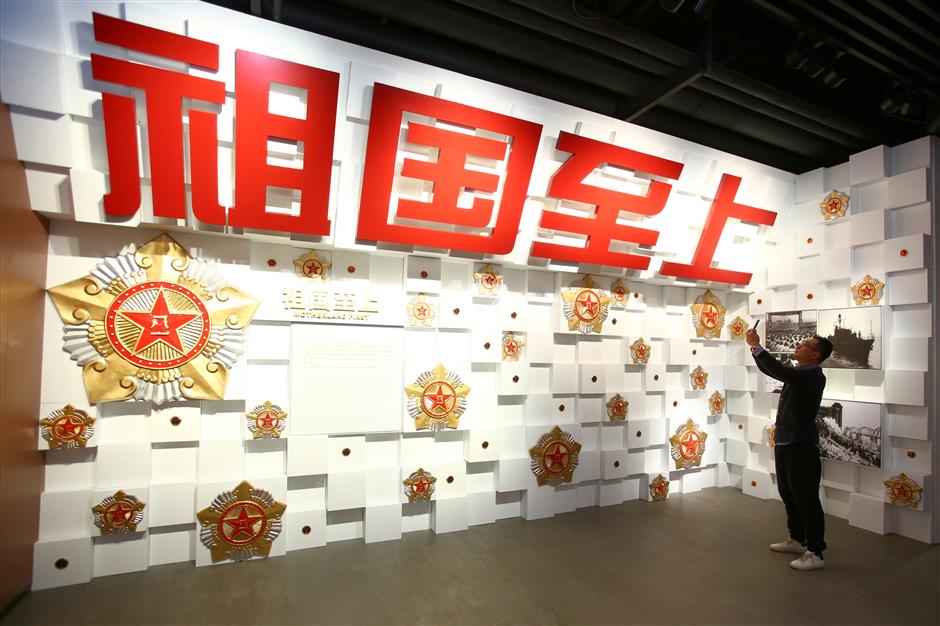 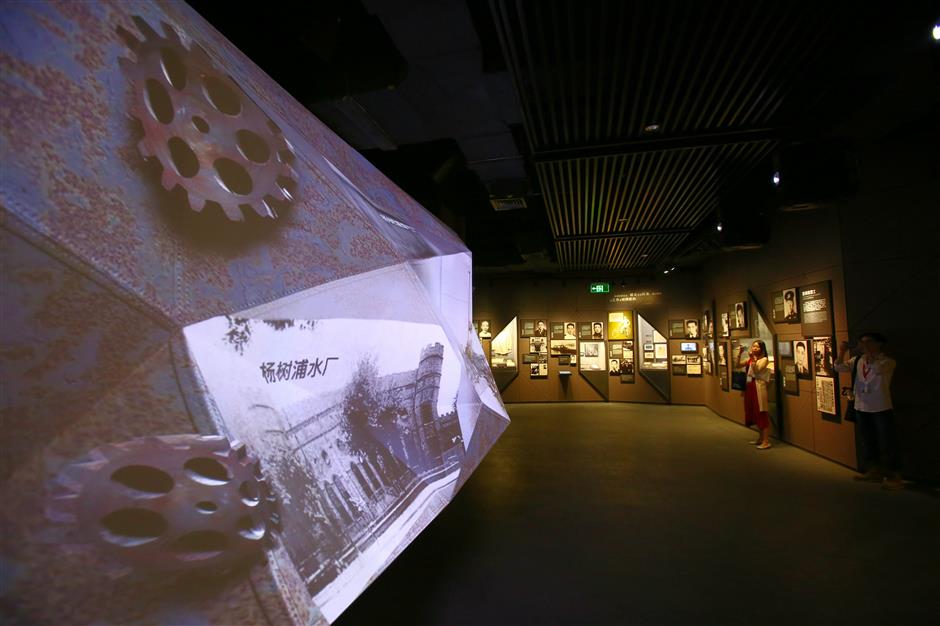 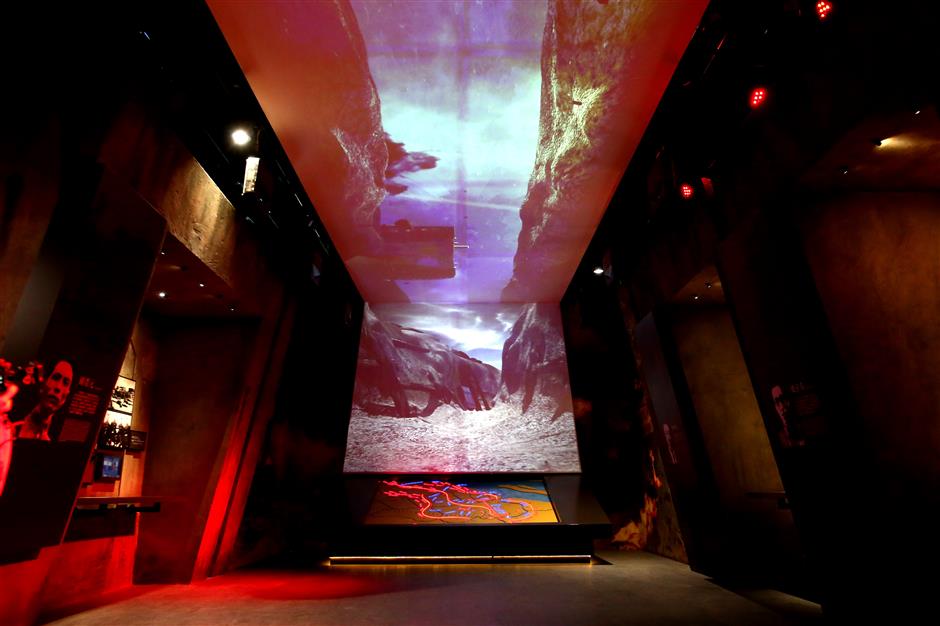