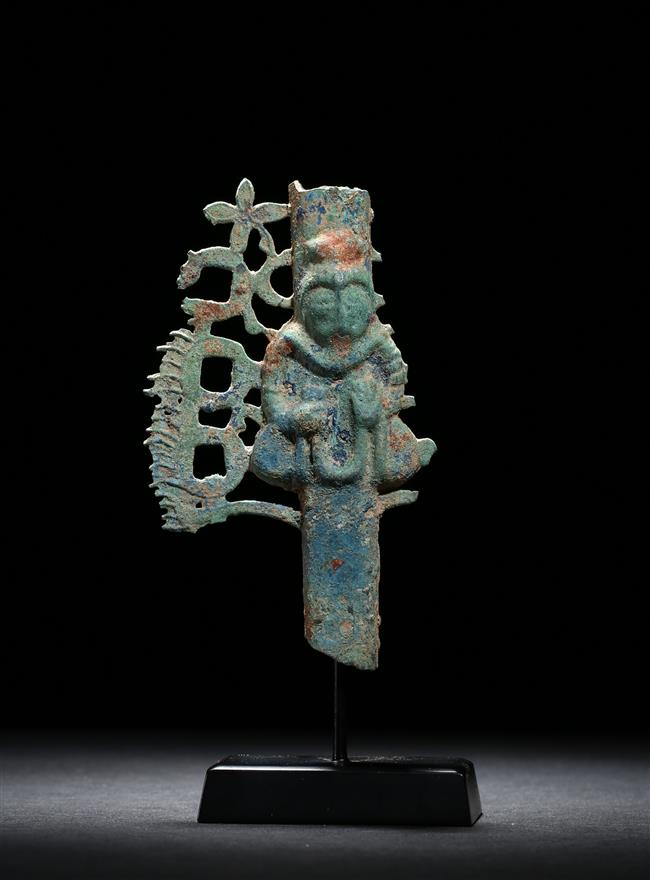 A bronze money-tree Buddha piece from the Eastern Han Dynasty

Gilt bronze Buddhist sculptures have been long held in high esteem among Chinese antiquity collectors. And an exhibition in the Zhejiang Provincial Museum showcases the zeal and effort of one collector for unearthing such treasures.

The exhibition gathers 108 pieces of Liu Yong’s collection on gilt bronze Buddhist sculptures from the Eastern Han (AD 25-220) to the Song Dynasty (960-1279), including statues of Buddha, Bodhisattva, Apsaras, Dharmapalas and guardian lions.

The earliest Buddhist statue known today is a money-tree Buddha, unearthed in Sichuan Province, which has a clear inscription dating back to the fourth year of the Yanguang reign, which translates to AD 125 from the Eastern Han Dynasty.

“It was not a single statue, but attached to a money tree. It means at that time Buddha was worshipped in China as a deity from the West, together with deities of other folk religions,” explained Zhong Fengwen, curator of the show.

Two bronze statues from the collection reveal how Buddha was portrayed in its early days of transmission in China.

A Buddha, characterized by a high ushnisha atop the head, is seen seated on the trunk of a money tree, with his left hand in Abhaya mudra (the fearless gesture) and his right hand holding the lower hem of his robe.

The left part of the tree crown was already lost.

It bears the sculpting art features from Gandhara, one of the 16 kingdoms of ancient India. 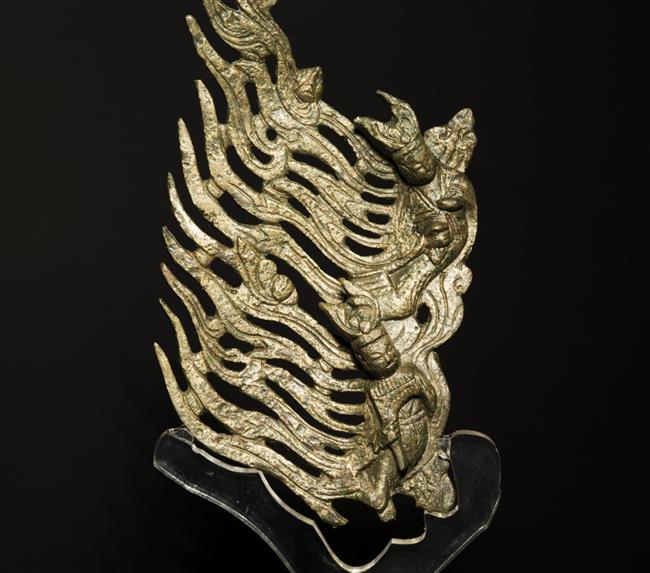 The money-tree pieces were actually funeral goods that were buried with the body, which was popular at that time. People believed the item could guide the deceased into a celestial heaven. Unearthed money-tree pieces, with statues of the Queen Mother of the West (Xiwangmu, a goddess worshipped in Taoism), have also been found from the same period.

Buddhism began to prosper in China in the 5th century when emperors of the Southern Dynasty (AD 420-589) started building temples all over the territory. Most of the statues back then featured an elaborate style with an aureola surrounding the head or body of the Buddha at the back.

A decorative gilt bronze piece of two flying Apsaras demonstrates the exquisite craftsmanship at that time.

The Apsaras are wearing tall headdresses and gently smiling. They are holding different instruments in front of their chests. Their celestial dresses seem to be fluttering in the wind with flowers scattered in between.

The piece is believed to be part of the aureola and is usually attached to the main screen with metal rivets. 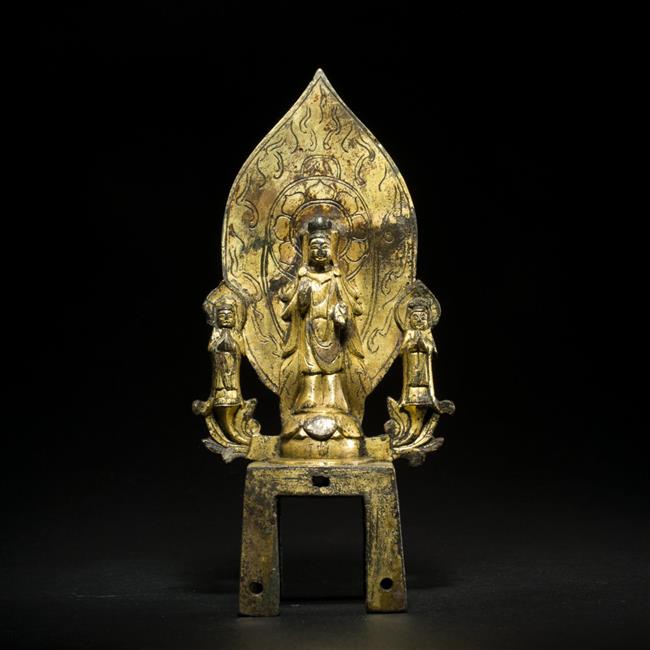 “Gold was precious metal while bronze was used in making weapons, vehicles and official currencies. So they were highly restricted materials in ancient China.

And many bronze statues were melted during the anti-Buddhist persecutions in history,” said Zhong elaborating on why these antiques were rare and precious. “For people interested in Buddhism and Buddhist sculpture, the exhibition offers a great chance to see how the art changes throughout dynasties.”