Dating from the late years of the Yuan Dynasty (1271-1368), Kunqu Opera is one of the oldest theaters in the world.

Kunqu is simply known as the “mother of Chinese operas.”

Kunqu first appeared as Kun Melody in the area of Kunshan near Suzhou, an ancient city in Eastern China and about 100 kilometers west of Shanghai.

The opera developed during the Ming Dynasty (1368-1644) and gradually spread to other parts of the country after its rhymes, tones, pronunciation and notation were standardized by a group of performing artists.

As a result, the language of Kunqu is a modified Mandarin mixed with some colloquial features from Kunshan and Suzhou.

In the following 200 years, Kunqu became the most influential and prestigious form of Chinese theaters.

With strict rules of style and execution, Kunqu, as it is still performed today, is a combination of song, recital, symbolic gestures and complex choreography.

But it’s best known for its vivid lyrical expression and refined movement.

Also, the usually simple props on the stage are often in sharp contrast with the stylized costumes of the actors.

Accompanied by traditional Chinese musical instruments such as the bamboo flute, Chinese trichord, drum and clappers, Kunqu actors’ every movement, gesture, singing and recitation are precisely executed in coordination with the music and percussion to produce the best esthetic effect.

Sometimes, the recital and aria are performed at the same time, with one character singing and the other chanting the libretto.

Each role type not only reflects an actor’s gender, age group and characteristics, but also designates a set of special vocal requirements and stage movements for the actor.

Kunqu is also known for its repertoire of brilliant plays from ancient times and many of them are still famous today. 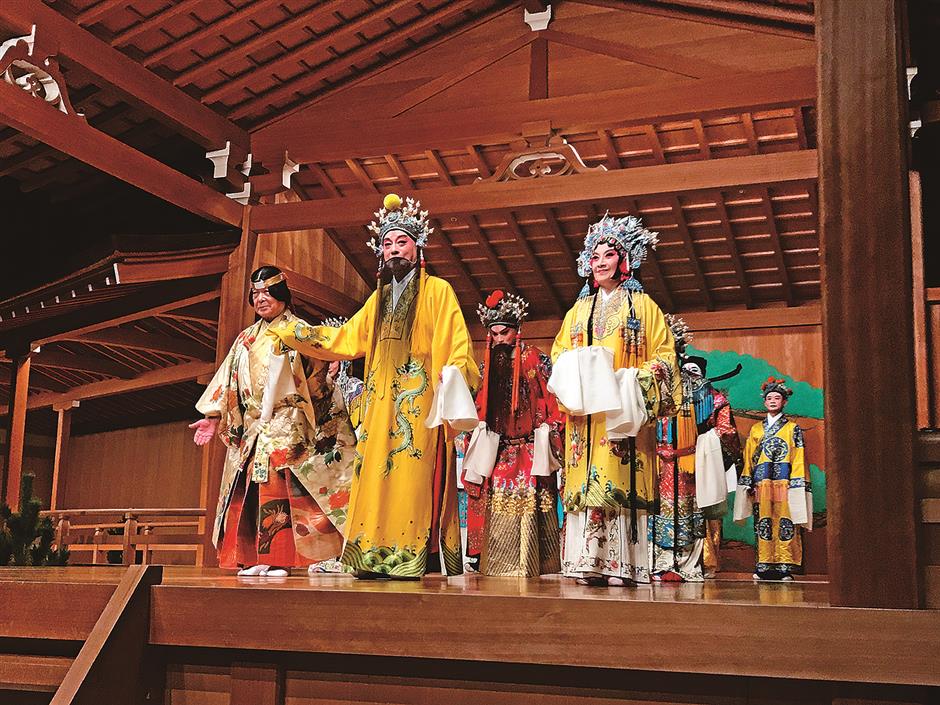 Among them, “Peony Pavilion” is definitely the very best of all Kunqu plays.

“Peony Pavilion” was originally written for the Kunqu stage by Tang Xianzu (1550-1616), one of the greatest Chinese playwrights and known as the “Shakespeare of the East.”

Born in Linchuan in today’s Jiangxi Province, Tang was the son of a scholar and was reputed for his integrity and upright behavior. However, due to his principled stance, Tang encountered many obstacles in his pursuit of a career in officialdom.

Although he began to take imperial civil examinations when he was just a teenager, it was not until he was 33 that he finally passed the palace examination and obtained the title of jinshi or Presented Scholar. Then, he began his career as an imperial official.

But Tang’s career in officialdom did not progress as he hoped as he could never see eye-to-eye with many of his venal colleagues.

He quit his office before he was 50 and decided to spend the rest of his life writing poems and plays.

Although Tang is also a great poet, his poems have been largely overshadowed by his plays — particularly his “Four Dreams,” namely, “Peony Pavilion,” “Record of Southern Bough,” “Purple Hairpin” and “Record of Handan.” They are so called because in each of the plays the writer weaves stories together around a number of dreams. 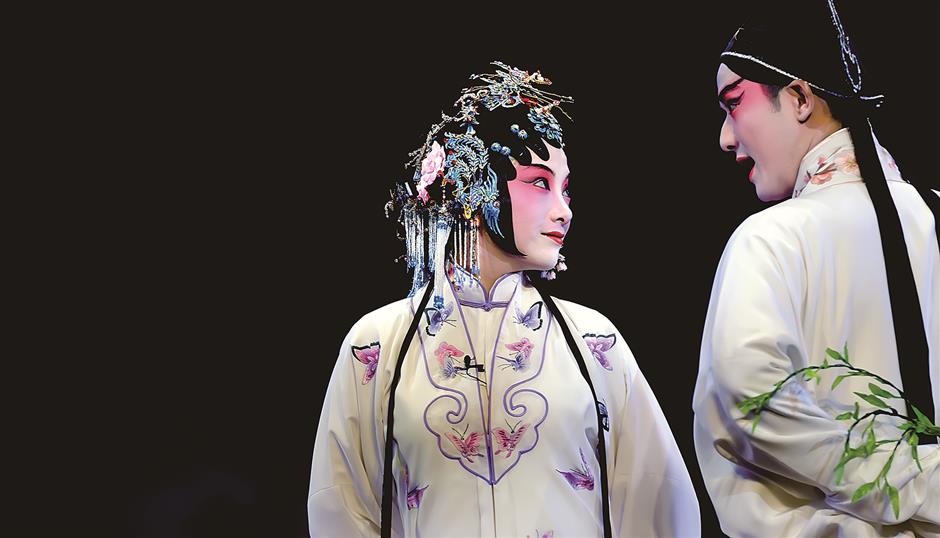 “Peony Pavilion,” a love story written by Tang Xianzu, one of the greatest Chinese playwrights, is the very best of all Kunqu plays.

Among the “Four Dreams,” “Peony Pavilion” is the most popular.

In 55 episodes, it tells the love story of Liu Mengmei, a poor scholar, and Du Liniang, the daughter of a high-ranking official.

In a dream, the poor scholar meets a beautiful young woman standing beneath a plum tree in a garden, who tells him that they are predestined to be husband and wife.

After waking up, the young scholar becomes lovesick for the young woman he met in his dream.

Meanwhile, one afternoon, after coming home from taking a walk in the garden, Du Liniang takes a nap in her bedroom and also has a dream.

In her dream, she encounters a young man who boldly approaches and confesses his admiration of her. Soon, they start a love affair and meet frequently in the Peony Pavilion in the garden.

After she wakes up, Du is also left yearning for her dream lover.

Du can think of nothing but the young man, day and night. Soon she is so consumed by her longing that she pines away and dies within months.

On her deathbed, Du asks her mother to bury her under the plum tree and instructs her maid to put a portrait of her under a rock sculpture in the garden.

Three years later, on his way to the capital to sit the imperial civil examination, young scholar Liu visits the garden and stumbles upon the portrait under the rock sculpture.

He immediately recognizes the young woman in the picture — for she is no other than the woman he met in his dream, standing beneath the plum tree.

That night, Du’s soul returns to the garden, meets Liu again in a dream and tells him her story.

The next day, Liu exhumes Du from her grave under the plum tree and she miraculously comes back to life.

There are still several twists to follow in the love story, as the young scholar is put into prison by Du’s father and accused of being a grave robber.

But after Liu achieves the top score in the imperial examination in the capital, the Emperor personally intervenes and pardons all involved.

In the end, the young couple are happily married.

A complete opera performance of this enduring love story could run as long as nine hours.

Today, Kunqu is mostly performed in zhezixi, or highlights from operas, so as to suit modern audiences’ taste and preference.

Despite suffering from a decline in the 19th century and early 20th century, Kunqu has staged a comeback in the past few decades thanks to dedicated artists and increasing support from both the central and local governments in the country.