Flawless performance a labor of love 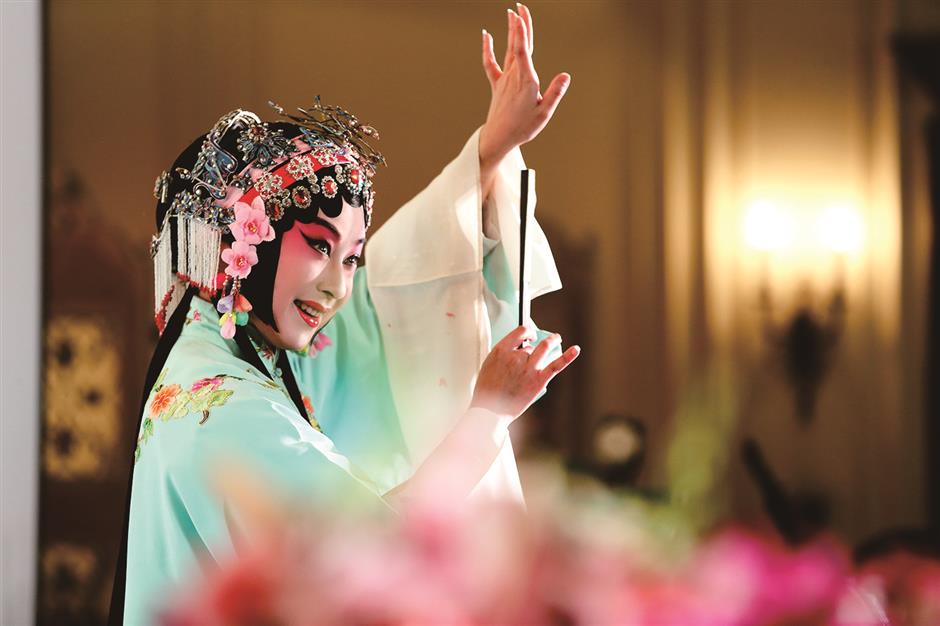 With dazzling decorations in her hair, 32-year-old Luo Chenxue moves lithely in small steps, her delicately embroidered dress betraying to sign of her feet. Her eyes shine and her smile is restrained but sweet.

Luo was portraying the beautiful Du Liniang in the Kunqu Opera production of “The Peony Pavilion.” The opera, based on a play written in 1598, depicts the love story between Du and Liu Mengmei, who have to overcome all difficulties and transcend time and space, life and death before finally being united. To Luo, Du is a “goddess” of opera.

“I knew that I might not be capable of presenting all kinds of goddess on stage, but it has always been my career goal to create at least one or two goddesses that fully deliver the aesthetics of Kunqu Opera,” she said.

Luo was fascinated by traditional Chinese opera at a young age. She had an elder cousin who performed in Peking Opera, and watching captivating performance on stage filled her with a desire to follow suit.

She was recruited to study Kunqu Opera at the Jiangsu Traditional Chinese Opera School at age 11, even though she was too young to fully grasp the differences between Kunqu and Peking operas.

“All I knew was that I would be dressed as beautifully as my cousin,” she said. “But, of course, I gradually learned that being beautiful on stage requires much more than just being well-dressed.”

Luo first specialized in xiao huadan, or roles of young girls aged 11-13, who are expected to be sweet and lively. However, she was forced to give that up after three years because she had grown too tall for the parts.

Several teachers suggested she switch to guimen dan, or roles of maidens aged around 16 to 18, which require a sweet singing voice. At first Luo was uncertain about such a switch since the roles were so opposite of her own personality. 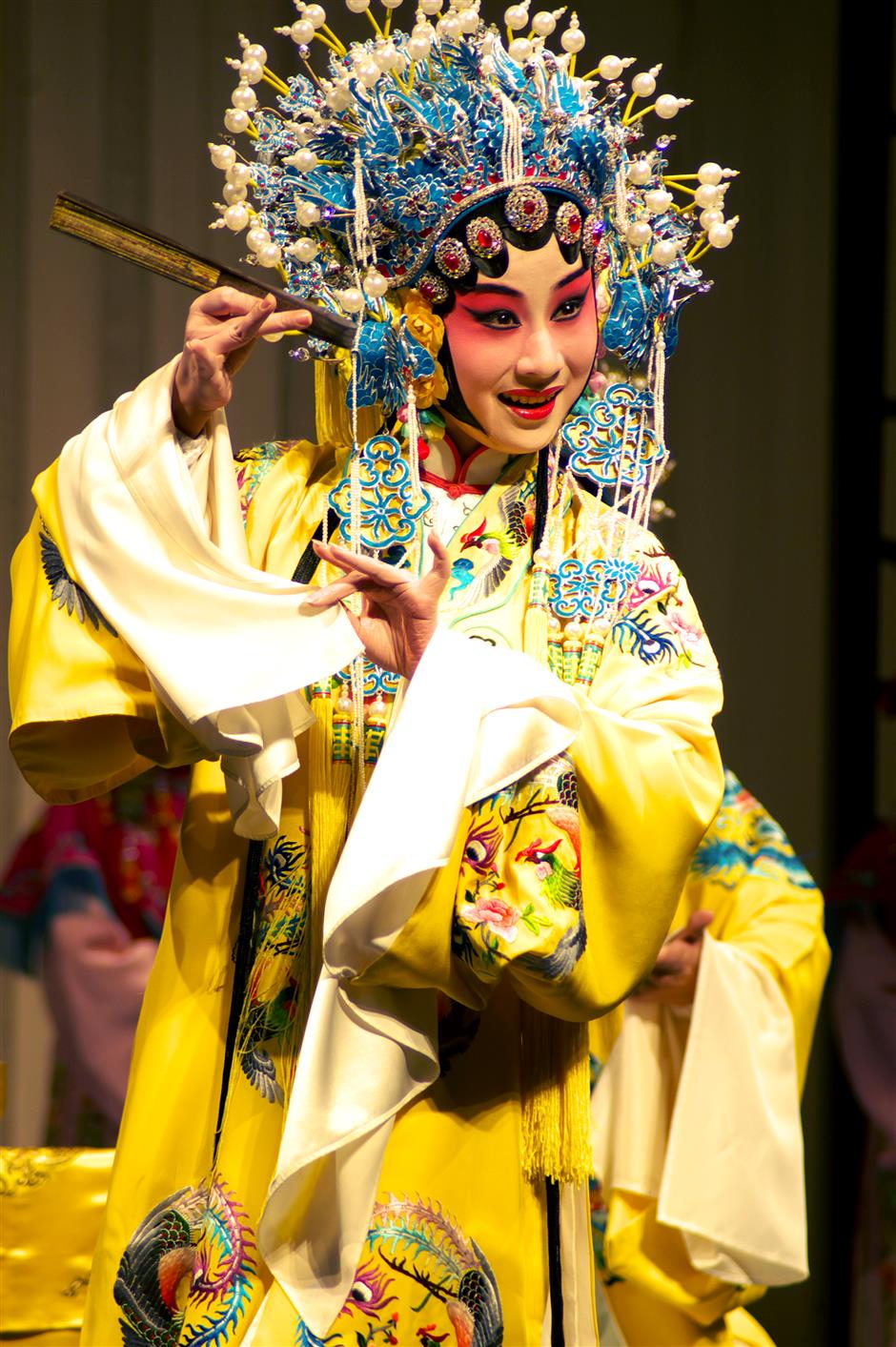 Luo Chenxue plays Yang Yuhuan in the Kunqu Opera production of “The Palace of Eternal Youth.” ­

“Guimen dan in Kunqu Opera are usually young ladies from good families who are not yet married or are newlyweds,” she explained. “They are beautiful and well-educated, yet restrained by courtesy and etiquette. They need to always hold a T-step, never smile with their teeth exposed or walk with their feet showing. But I was a girl good at somersaults. I felt my true nature restrained in guimen dan roles.”

But Hu Jinfang, a Kunqu Opera actress who specialized in maidenly female roles, was convinced of Luo’s potential and gave her personal training to make the switch. It wasn’t easy, but Luo persevered and won her first chance to perform on stage in 2003 with the Jiangsu Kunqu Opera Troupe.

“I did my first performance in a quite muddle-headed condition,” she recalled. “All that was on my mind was the singing, speaking, acting and acrobatics. I could hardly spare a moment to revel in the fact that I was finally performing on stage. I knew that I needed to work even harder to win the sense of joy.”

“It always takes time to present a well-defined character in Kunqu Opera on stage,” she said. “Every detail needs attention. I have mastered only about 20 different roles in Kunqu Opera. It is not a simple repetition but a process of perfecting my interpretations.”

Just as Luo was satisfied that she had accomplished her first major shift of roles, a second opportunity came along.

In 2009, Luo attended a special training course in Shanghai, coached by Kunqu Opera master Zhang Jingxian, whom she had idolized as a teenager. She was determined to make a good impression.

“It was my very first encounter with my idol, and it thrilled me to have been noticed and, to some extent, recognized by her,” said Luo.

She didn’t disappoint. In 2012, she was recruited by the Shanghai Kunqu Opera Troupe as part of its talent introduction project, and was officially acknowledged as Zhang’s protégé.

“It was like a dream come true,” said Luo, “I always longed for Shanghai, where many Kunqu masters including Zhang worked. There was so much for me to learn here.” 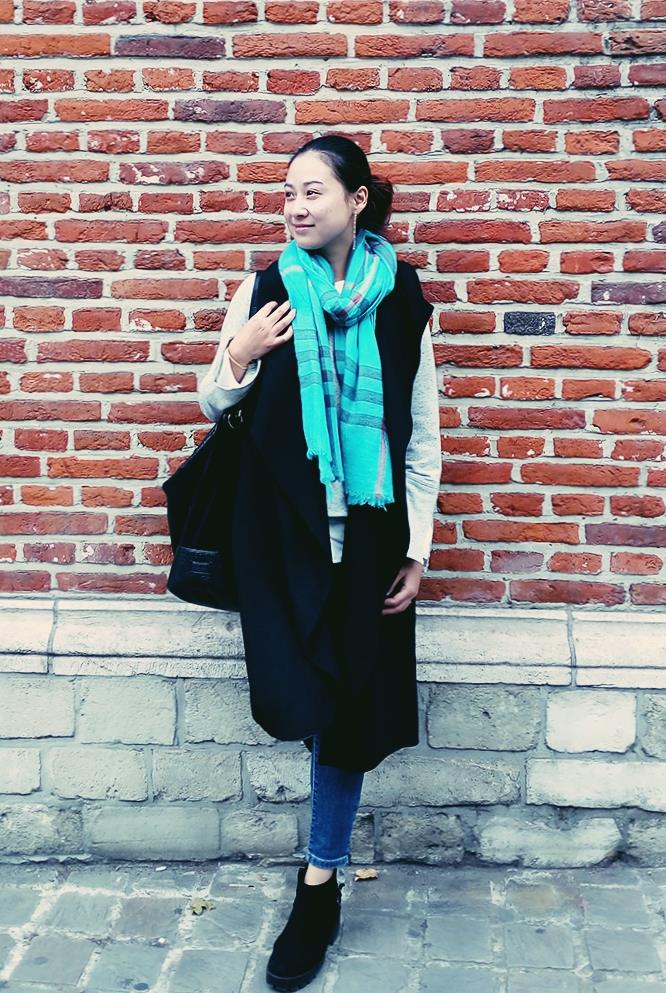 Under Zhang’s guidance, she studied a series of classic plays, like “Qiangtou Mashang” (“Pei Shaojun and Li Qianjun”), “Changsheng Dian” (“The Palace of Eternal Youth”) and “Yuzan Ji” (“The Jade Hairpin”).

Apart from practicing details like gestures, voicing and rhythm, Luo also discussed with her master why Zhang chose a particular way to stage a play. It helped Luo shape her characters.

“Kunqu Opera is more than 600 years old,” Luo said. “Every detail in a classic play has been adapted, improved and perfected repeatedly in the hands of generations of Kunqu masters. That is how the characters evolved so beautifully.”

She added, “I’m not against innovation, but I do believe that people have to be clear about their staging before freeing themselves in dancing. That means Kunqu performers need to be very good at traditional classic plays before trying innovations.”

Luo had her first “new character creation” in 2015 in the role of Lady Macbeth. The role was demanding because the Shakespearean character didn’t neatly fit with female roles in traditional Kunqu Opera.

“She is a beautiful lady, but with big ambitions,” Luo said of the role. “She certainly couldn’t be portrayed as a traditional maiden. So, I made her a bit of mixture of maidenly female, middle-aged female and assassinator female roles. I drew on everything that I learned and practiced throughout the years. I’m not sure I have perfected the role yet but I am working on it.”