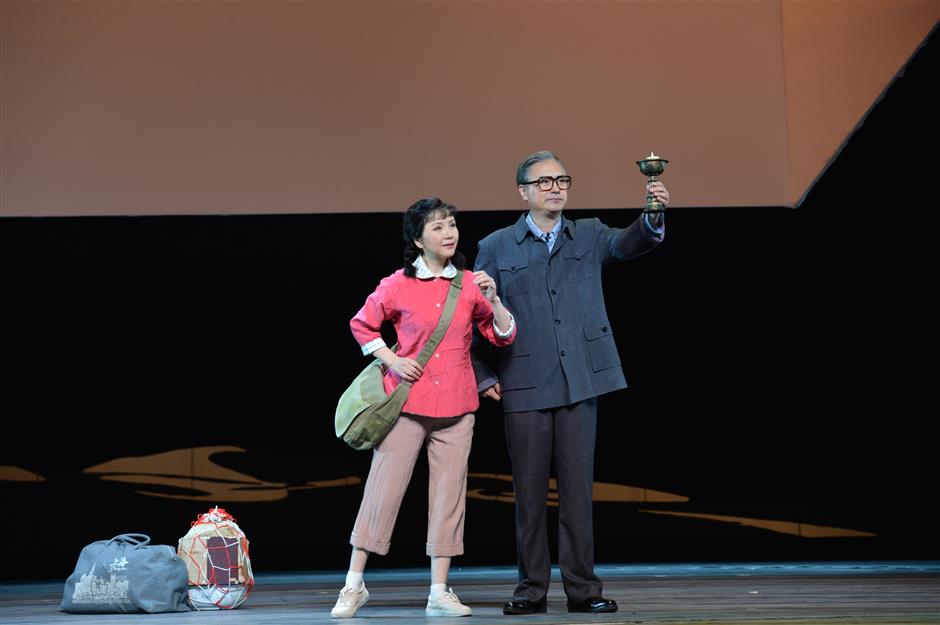 The opera has been revised to improve its stage effects, script fluency and character expressions to better tell the story.

A Huju Opera play based on a Chinese archeologist is one of three Shanghai entries at the ongoing 12th China Art Festival.

The 81-year-old, known as the “daughter of Dunhuang,” spent more than half of her life in the northwestern Gansu Province to protect and preserve the ancient murals in the famed Mogao caves.

Fan, the third director of the Dunhuang Research Institute, is also the main force behind digitalizing the caves’ artworks.

The opera, which premiered in May last year, has been revised to improve its stage effects, script fluency and character expressions to better tell the story. One of the caves that had a significant influence in Fan’s research is recreated on stage.

The trained archeologist was sent to Dunhuang shortly after she graduated from Peking University in 1963. She lived in a deserted temple without electricity for the first few years of her stay.

The Mogao caves is a Buddhist treasure house with 1,600-year-old paintings and murals. It contains a summation of more than 2,000 Buddha figures and murals covering a total wall space of some 45,000 square meters.

A proof of the ancient Silk Road, the artworks reflect the influences and styles from several ancient dynasties and regions. They have provided an inspiration for many contemporary artists and archeologists, including Fan.

Her zeal to protect the ancient art in Dunhuang meant she was apart from her husband for 19 years, before he joined Fan to help with her work.

“It is not a story about me, but about all the Dunhuang people,” Fan said.

Huju Opera, local to the Shanghai area, dates back more than 200 years. Like many other theater forms in Shanghai, it is inclusive and draws inspiration from other art genres.

Mao Shanyu, director of Shanghai Huju Theater, who plays Fan in “Daughter of Dunhuang,” said the opera even uses Western musical instruments and borrows elements from foreign films, which is rare in Chinese operas.