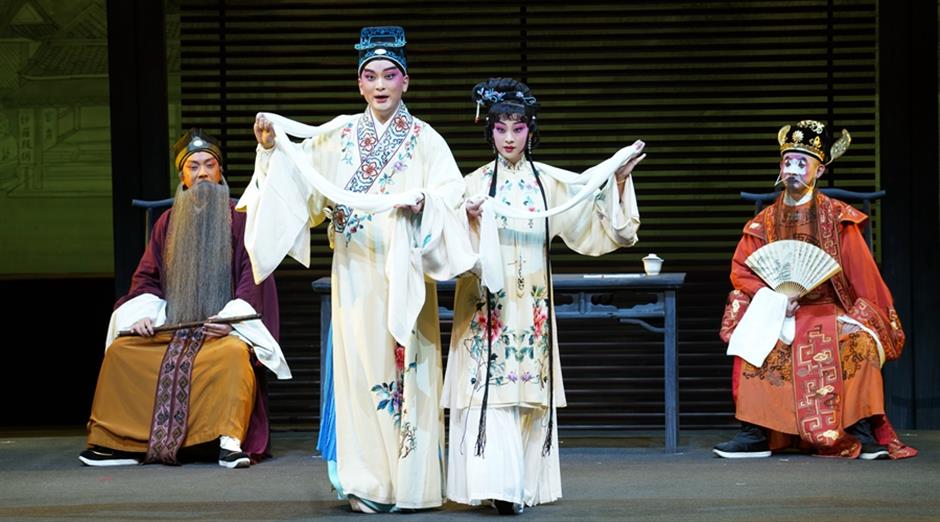 The new show provides today’s audience with an insight into the history and the distinctive charm of Kunqu Opera.

Set in a turbulent period of Ming Dynasty (1368-1644), the play revolves around the Ming Kunqu Opera’s first creation — “Washing Gauze.” Despite their personal adversities, Ming playwright Liang Chenyu and Kunqu experts Wei Liangfu and Zhang Yetang devoted themselves to the Kunqu’s innovation of dramatic singing, which first originated from Kunshan in Jiangsu Province in the late Yuan Dynasty (1271-1368).

Starring Shanghai Kunqu performers Li An and Wu Shuang, the new show provides today’s audience with an insight into the history and the distinctive charm of Kunqu Opera.

Famous Kunqu Opera artist Yue Meidi is the play’s art director. In her eyes, the play is also a tribute to the efforts of ancient Chinese artists in the development of Kunqu.

Reputed as the “ancestor of Chinese dramas,” Kunqu was listed as a UNESCO Masterpiece of Oral and Intangible Heritage in 2001.