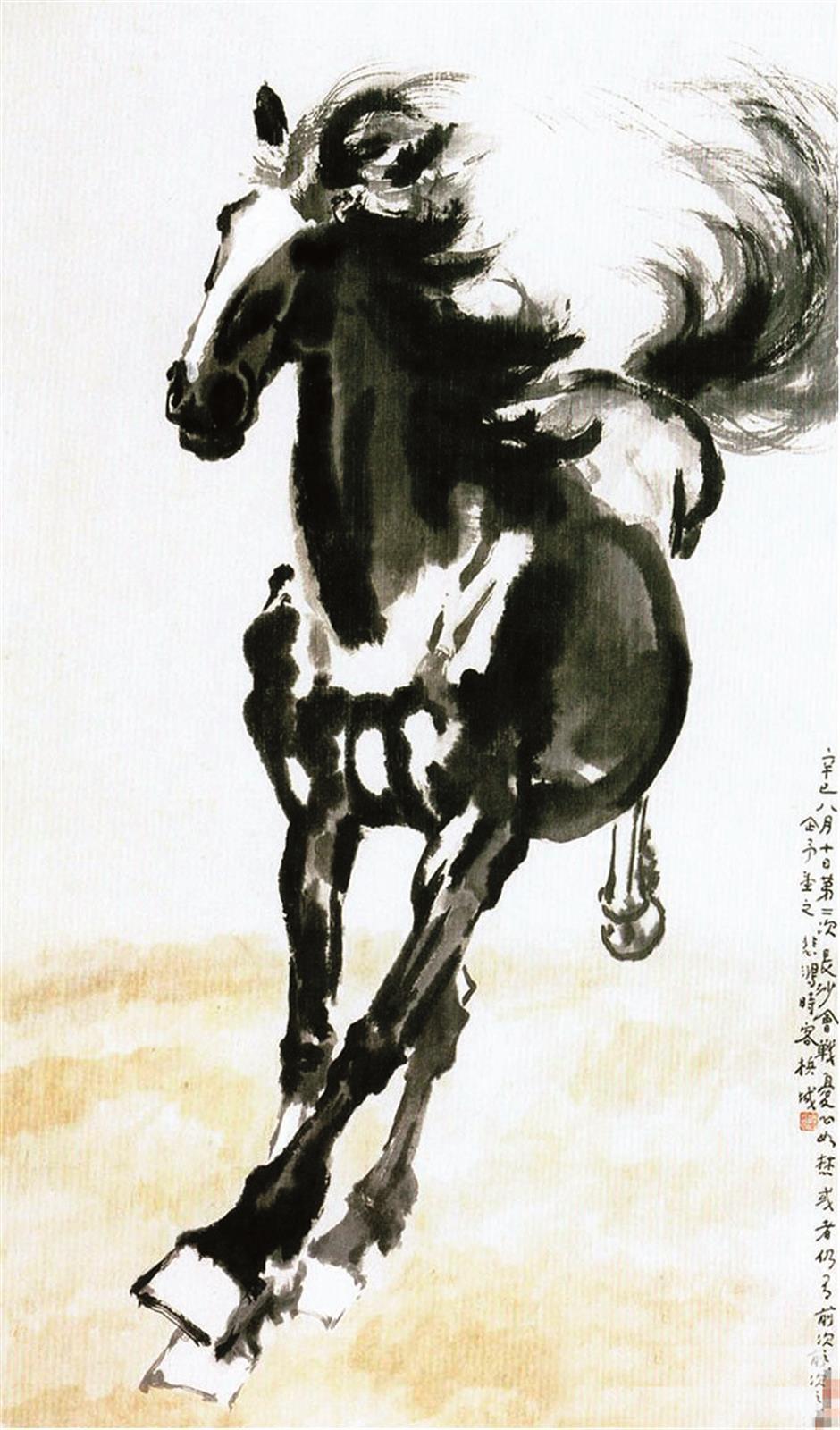 The horse, one of the most beloved animals in the country, has been a favorite subject in traditional Chinese painting for hundreds of years.

Over the centuries, quite a few masters have been renowned for painting horses and at least two of their works have been listed among the widely acclaimed top 10 masterpieces of Chinese painting. They are Night-Shining White painted by Han Gan (circa AD 706-783) and One Hundred Horses created by Giuseppe Castiglione (1688–1766), an Italian who served for 50 years as an imperial court painter in China.

Today, however, when talking about horse paintings, the first image that will be conjured up in most Chinese people’s mind is perhaps the ink-wash Galloping Horse painted by Xu Beihong (1895-1953), a great master painter, art educator and a pioneer of modern Chinese painting.

Born in Yixing in eastern Jiangsu Province, Xu began to study Chinese classics and calligraphy under the tutorship of his father, Xu Dazhang, at the age of six. Three years later, he started to learn painting and when he was 17, Xu moved to neighboring Shanghai to continue his pursuit of a career as an artist.

In 1917, he went to Japan to study arts there and two years later the young artist received a government scholarship for training at the prestigious Ecole Nationale Supériore des Beaux-Arts in Paris, where he learned oil painting and drawing.

Later, he also traveled to several other European countries, such as Germany and Belgium, to further his study of Western painting techniques.

His eight years in Europe greatly influenced Xu’s painting style and he created a number of works reflecting his training there. They include careful drawings of nudes, portraits, impressionist landscapes and large-scale oil paintings.

One such work is the 143x424 centimeter ink-and-color on paper entitled The Foolish Old Man Who Removed the Mountains.

The work is based on an ancient Chinese fable lauding determination and unwavering perseverance. In the painting, Xu skillfully combined the Western human body drawing technique with Chinese ink-wash brushworks.

Many art critics believe this painting, created in 1940 during the Japanese occupation, was meant to encourage the painter’s compatriots to keep up their fight against the invaders. 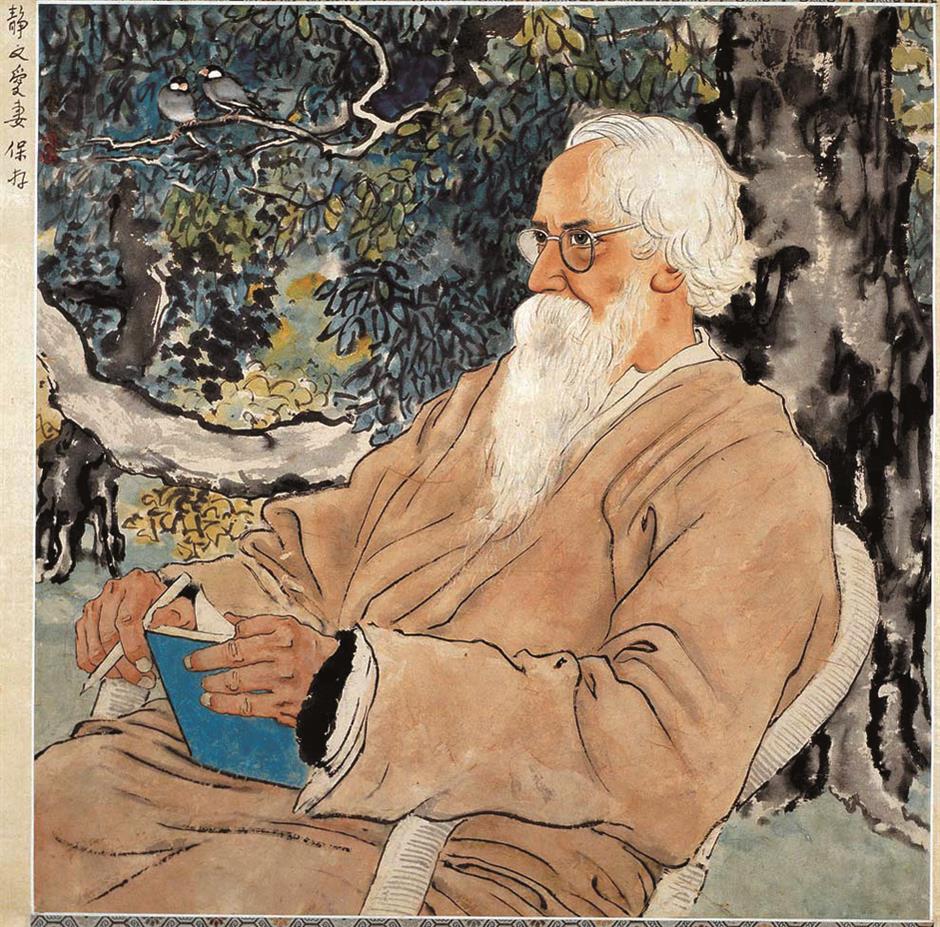 Another example is the ink-and-watercolor sketch of Indian icon and Nobel laureate Rabindranath Tagore painted by Xu in the same year after he encountered the famous poet during his travel in India to stage exhibitions on the theme of fighting fascism around the world.

But despite his many other successful works, Xu remains best known for his horse paintings.

In 1941, Xu generated Galloping Horse, a 326cmx112cm, ink-on-paper hanging scroll, the largest of all his horse paintings.

Painted with strong and simple brush strokes, the horse is galloping chest forward and hooves in the air. It was so ingeniously rendered that the painting mesmerizes viewers with the animal’s great physical beauty and vitality despite the fact that there’s little background in there.

In a media interview, Xu’s son Xu Qingping said his father painted most of his horses during the War of Resistance Against Japanese Aggression and he put all of his emotion into his paintings.

After returning to China from Europe in 1927, Xu dedicated much of his time to art education and taught at various institutions and academies around the country. He told his students that the concept of an artwork supersedes its techniques and that real life experience is the true source of inspiration.

After the founding of the People’s Republic of China in 1949, he became the president of the Central Academy of Fine Arts and chairman of the China Artists Association.

Four years later, the modern master painter and passionate patriot died of a stroke in Beijing. His home there was later turned into a museum of his work. Demand for Xu’s works have soared. In 2011, his painting, Cultivation on the Peaceful Land, fetched 267 million yuan (US$43 million) at auction in Beijing.