At a simple stall with a pair of scissors and some drinks cans, a man cuts out a mouse in five minutes, while talking to the people surrounding him in front of Jing’an Park.

Li Xionggang, 56, has been making handicrafts from cans for 30 years and reckons he has used more than 130 thousand cans. His craft has been listed as Baoshan District intangible cultural heritage since 2016.

Born in Haimen, Jiangsu Province, Li replaced his father in a Shanghai recycling company in the 1980s.

“I was inspired by an ashtray made from cans I saw in a restaurant. I already liked paper cutting, so I thought maybe I could create some beautiful patterns from cans,” he said.

He was soon fascinated by colorful cans and took part in a company handicrafts competition, winning the award, which greatly encouraged him.

“All the techniques were invented by myself. Nobody could help me. There was no one! At first, it took me three to five months to complete a piece of work, but it was worthwhile since my colleagues were amazed,” he explained. 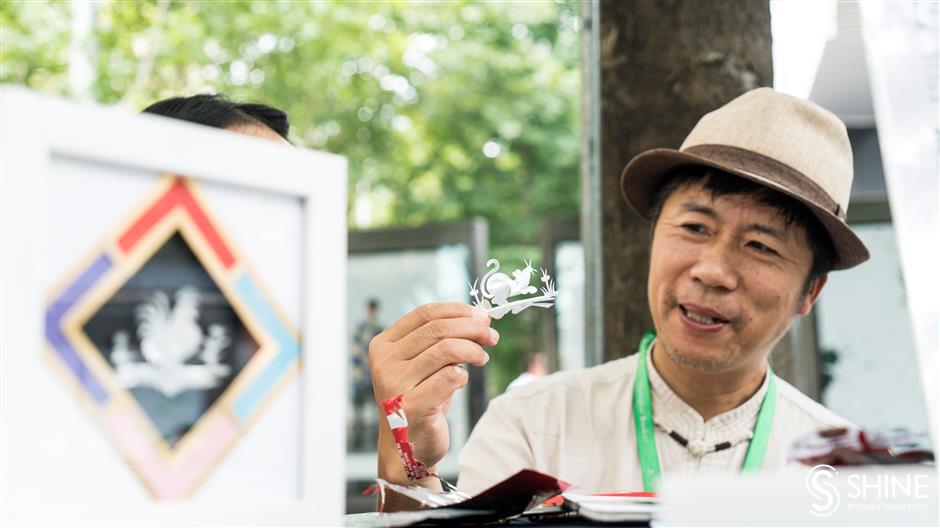 Li Xionggang, 56, has been making handicrafts from cans for 30 years.

The year 1999 marked the turn. Li said he was laid off together with many workers because of the reforms in the state-owned enterprise in the late 1990s.

“I was so upset. I had no income and a big family to take care of. That was my hardest time. Until one of my friends told me that maybe I could make some money from my handicrafts,” he said.

Li opened a shop to sell his work at Yuyuan Tourist Mart. It didn’t sell well at the beginning, since most people regarded the cans as trash. The first sale came from an American and after that, he began to make a profit.

“I felt hopeful after the first deal. Then my wife and I spent almost all of our time and effort on making can-crafts. To our surprise, we kept the shop running for 17 years.” 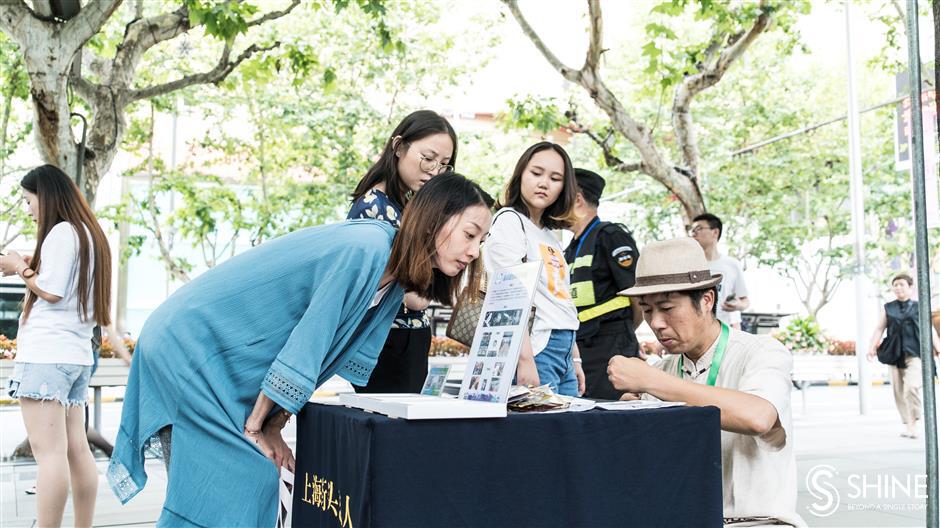 Most of the cans come from the recycling station. The staff send him 500 or 1,000 cans every month according to his needs.

“People from different areas like different styles. For example, people from Hongkong or Taiwan like the God of Wealth and people from southeast Asia appreciate the pattern of the oriental horse,” Li said. “The most popular must be the traditional ‘prosperity brought by the dragon and phoenix’.”

After their shop at Yuyuan Tourist Mart had made a respectable profit and he didn’t need to worry about making a living, Li began to turn his mind to art rather than just crafts.

“During 17 years at Yuyuan, I made many different things, but none was really representative of me. Most were made according to what I knew I could sell, and that began to bother me.” 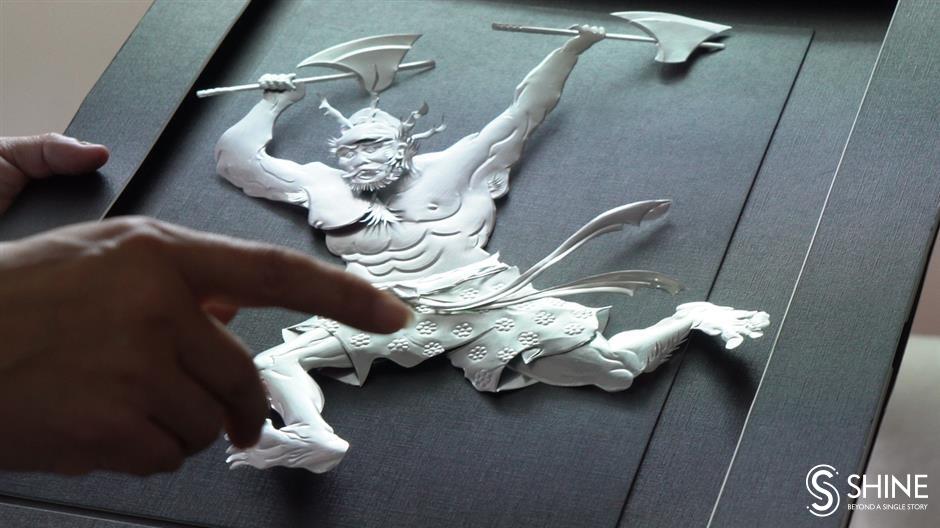 In 2015, Li decided to become a street performer. He learned about Jing’an District’s busking program, applied and, once he was licensed, closed his shop.

“Street performance gives me a bigger creative platform as I can communicate with the audience face-to-face and they give me inspiration,” he said.

As a busker, Li has more time to create his own, bigger, works. He spent four years on his favorite series, “Memories of the Bund,” using more than 800 cans.

“The series of works was a lot of work, very different from the souvenirs. The lines play the most important and I used knives instead of scissors.” Li said.

Li only needs three simple tools, a pair of scissors, a pair of pincers and a used ballpoint pen. The only materials are cans and cards.

“First you need a pattern drawn on card, then scratched onto the both sides of the can. The second step is cutting. During this step, the most important thing is to ensure the edges are smooth.” Li explained. “After, you paste the the cut-out onto the card.”

Although the process is not complicated, a good piece of work requires good design and flawless technique. In Li’s opinion, the design is the hardest part. 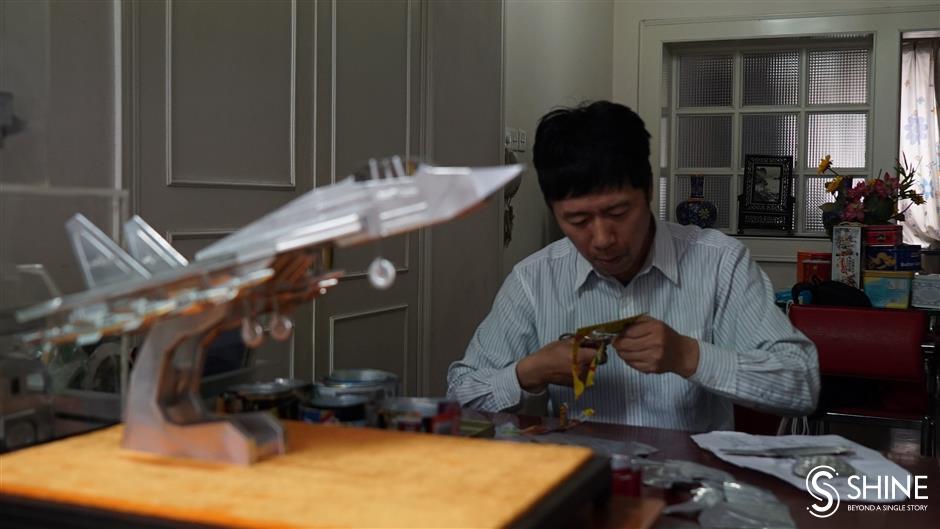 As an inheritor of intangible cultural heritage, Li offers classes to different kinds of people, including the elderly and high-school students.

“Abandon distracting thoughts and focus if you plan to learn to make can-crafts. No matter what you’ve learned before, it’s best to learn from the bottom up,” he said.

Li is creating series of all 108 characters from the Chinese classic “Outlaws of the Marsh.” He has finished 28 of them and it will take another 2 years to complete.

“It’s not just art, but an eco-friendly kind of art. Making trash into art is an interesting and meaningful thing.” 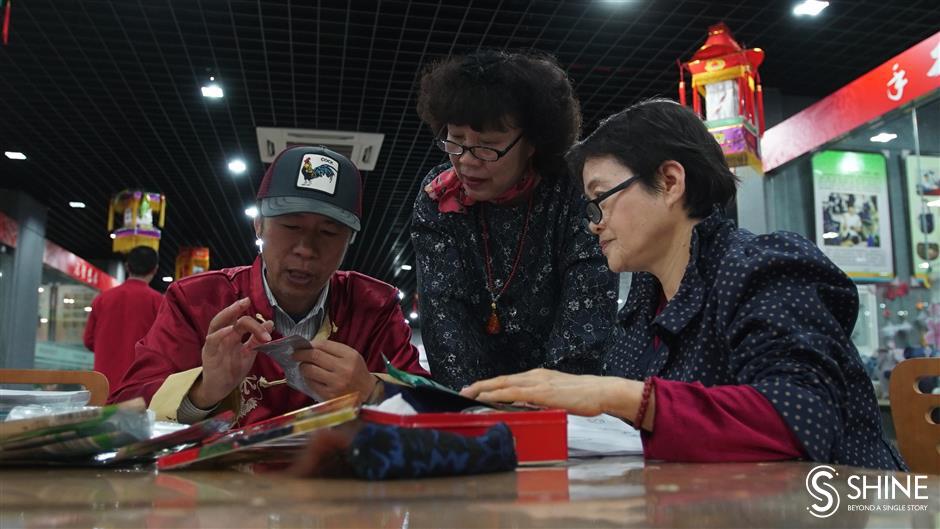