Zhejiang Museum took 15 local artisans to Shanxi Province last year to try to inject some new inspiration into their crafts, and the results of the endeavor are on display in the museum’s Gushan Pavilion through September 1.

Visitors can see traditional crafts, from embroidery and sculpture to celadon, thriving under the influence of new ideas and witness the development of local cultural heritage. 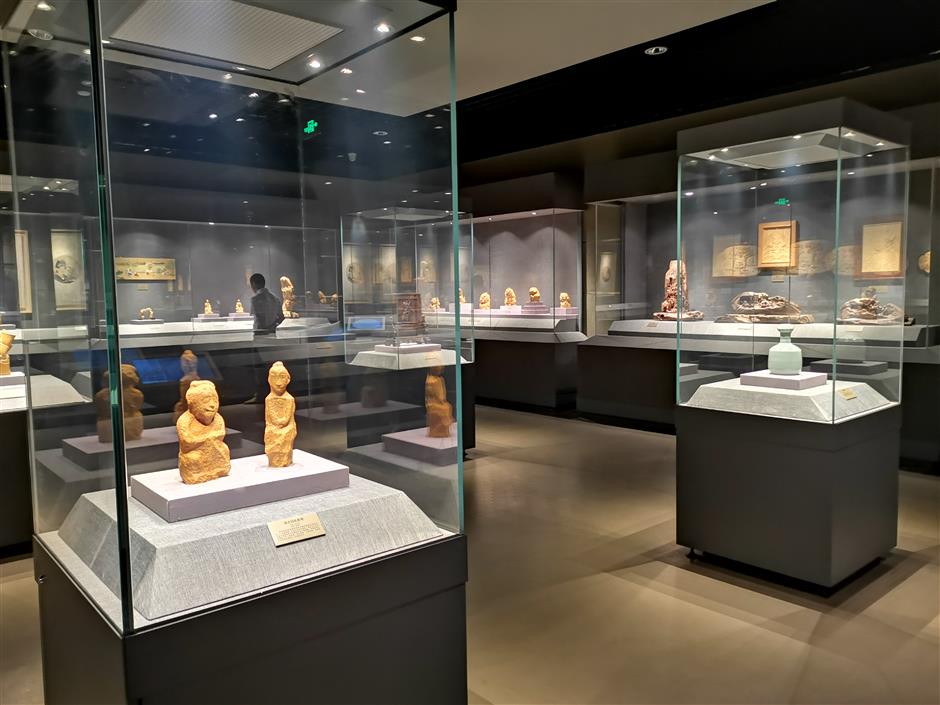 Works of 15 artisans, who were sent to Shanxi Province to seek new inspiration into their crafts, are on display at the Zhejiang Museum.

Zhu Naya’s celadon design presents the outlines of mountains in a simple style with muted shades and quiet simplicity.

During the Southern Song Dynasty (1127-1279), Hangzhou, as the capital city, attracted craftsmen and craftswomen to make robes for emperors and officials.

With an abundance of silk and a tradition of needlework, Hangzhou has its own unique embroidery.

Two pieces of Hangzhou embroidery were inspired by the murals in Yongle Palace in Ruicheng County of Shanxi which depict the pilgrimage of about 300 immortals in a myth.

The embroideries show a woman with ornate costume and accessories, holding a vessel among auspicious clouds, so commonly seen in Chinese painting.

Jin Jiahong, 50, made the two pieces. She was been apprenticed to Chen Shuiqin for years. Chen is a national crafts master, who has dedicated her life to Hangzhou embroidery, and stitches on at the age of 74.

Embroidery is a time-consuming craft with embroiderers spending up to a year on major works.

To create intricate pieces, they use tiny needles and sometimes separate a single thread into several finer ones, each thinner than a human hair. They seek inspiration in wall paintings, while sculptors find their stimulus in other ways.

He has imitated the style of the Han Dynasty (206 BC-AD 220) engraved bricks from Shanxi Province. Gao didn’t simply copy the shapes, but adjusts design according to modern tastes. 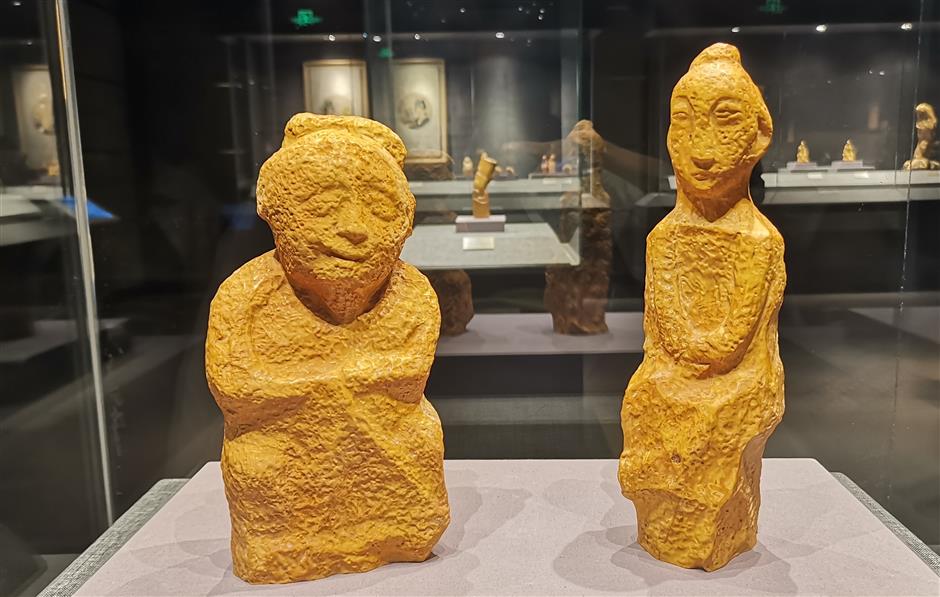 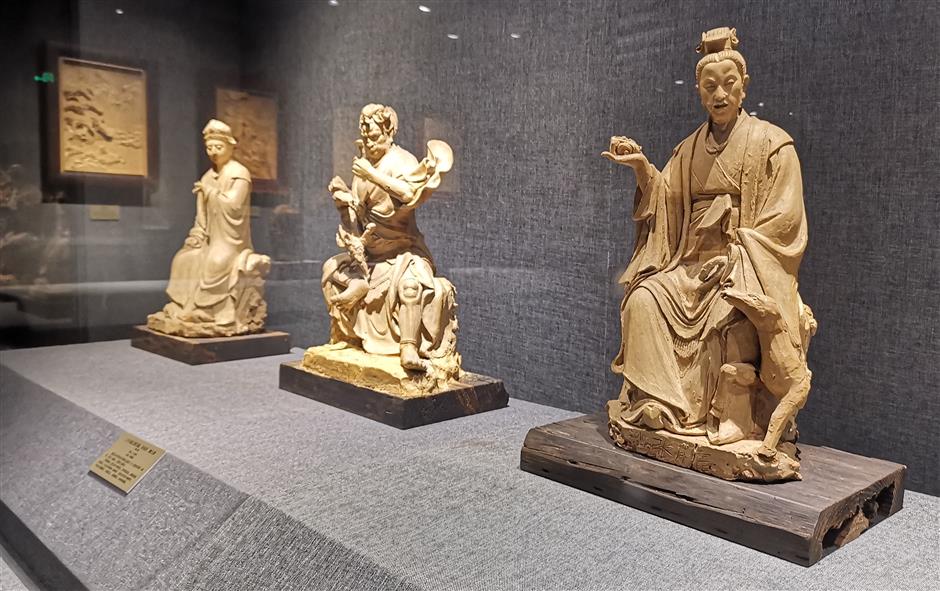 Boxwood is a slow-growing shrub, typically 1 to 6 meters tall. Although boxwoods are common throughout Zhejiang Province, only trees over 50 years old are suitable for carving.

Generally, the trunk of a 50-year-old boxwood is only about 15 centimeters in diameter. The scarcity of suitable material makes boxwood carvings very precious.

Carvings darken over time, giving them their treasured patina.

Many artisans were inspired by the culture of Shanxi Province, but celadon maker Zhu Naya got his ideas from the landscape.

Celadon is a grayish-green glazed porcelain, which originated in Zhejiang. Traditional celadons are vessels, including vases, containers and ritual objects. Zhu came up with a design based on the outlines of mountains in a simple style. Muted shades and quiet simplicity are the main features of the item.

During the Southern Song Dynasty, the country’s economic center switched to Zhejiang.

In this epoch, the Longquan Kiln prospered as it produced celadon for the imperial family.

Patterns became more ornate and the pieces got bigger and bigger. Celadon porcelain spread across the world along Maritime Silk Road.

Longquan porcelain, particularly those that imitate ancient bronze containers, was popular at the royal court.

Alongside embroidery, boxwood and celadon, the exhibition also displays varieties including bamboo, stone and clay sculpture.

Date: Through September 1, closed on Monday