Judging by its name, the word “Resonance” might be a mediocre title for a contemporary art exhibition. However, the artworks produced by the group of young artists make a lasting impression from the get-go.

Selected from the submissions of 800 artists across the country, the exhibition at the Shanghai Duolun Museum of Modern Art features videos, installations, paintings and sculptures created by 19 artists. Invited judges include artists Chen Xiaoyang, Shi Hantao and Xu Ke.

According to the curating team, resonance is a word that could be linked to a vibration from various operational sources in social life.

Human beings are social animals, and the tenor of someone’s social life is one of the most important influences on mental and physical health. A small change in one’s mind might trigger a range of performative, visual and reflexive practices in different artistic forms with the artist’s ambition to reach out to a wider audience.

“Such reaction could be compared to a pebble thrown into a lake,” said Xu, who is also deputy editor-in-chief of the Shanghai Calligraphy & Painting Publishing House. “Everything, down to the furthermost depths, moves with it.”

Many of the works vibrate in resonance with a specific social reality, an artist’s personal background, nature, or sometimes from a specific social event or even the cross-boundary intersection between science, technology and art.

“As a ripple effect, the audience is provoked,” Xu said. “Meanwhile, it produces an even greater amplitude of vibration on social, cultural and historical dimensions.”

Gao Wenqian’s video game serves as a good example of this dynamic. Entitled “Garden,” the work conjures up a place where you play with friends for a virtual hangout. It raises a question by the artist to the viewers: “Do people have digital nostalgia?”

“This is a project that never ends,” said Gao. “I took pictures of the city streets where I grew up, then used them as basic materials for the reconstruction of a virtual 3D garden. Blurred, real, false and machine-made memories are intertwined under this rapidly paced world between the virtual and the real.

“Entering this virtual world is akin to entering a secret garden with private memories and narratives accompanied with past images and sounds.”

Born in Jianzhou, Shandong Province, Gao graduated from China Academy of Art’s Department of Printmaking in 2013, and further studied at the École nationale supérieure des beaux-arts in Paris from 2015 to 2019.

His works were awarded “The Best Short Film” at the 3rd Berlin Short Film Festival and “Top-10 Experimental Short Films” at the 13th China Independent Film Festival. The digital world he creates is spiritual and poetic — one that he uses to discuss issues of time, space, life and death in the virtual world.

Another impressive work at the exhibition is “Room No.1” by Hu Jing, which features a small box crammed with lines of tiny human figures. Hu made use of people’s trypophobia to restore a state of life reflected in a small space.

Born in 1986 in Hebei Province, Hu graduated from the Beijing-based Central Academy of Fine Arts in 2011.

“Likewise, we all live in such a crammed and limited space every day,” Hu said. “However, because we are in it, we are unable to see it from the angle of an outsider.” 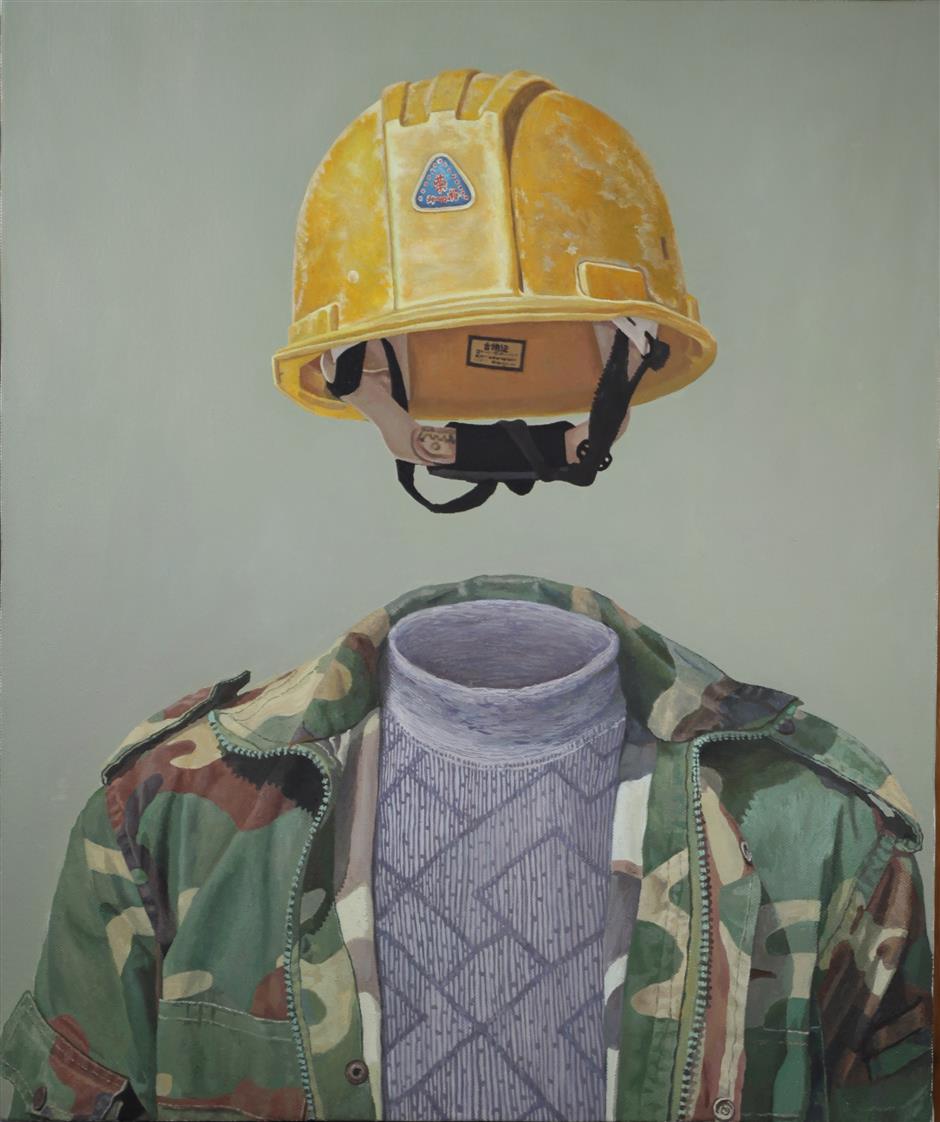 “Judging People by Their Looks” by Ma Dongli, oil on canvas 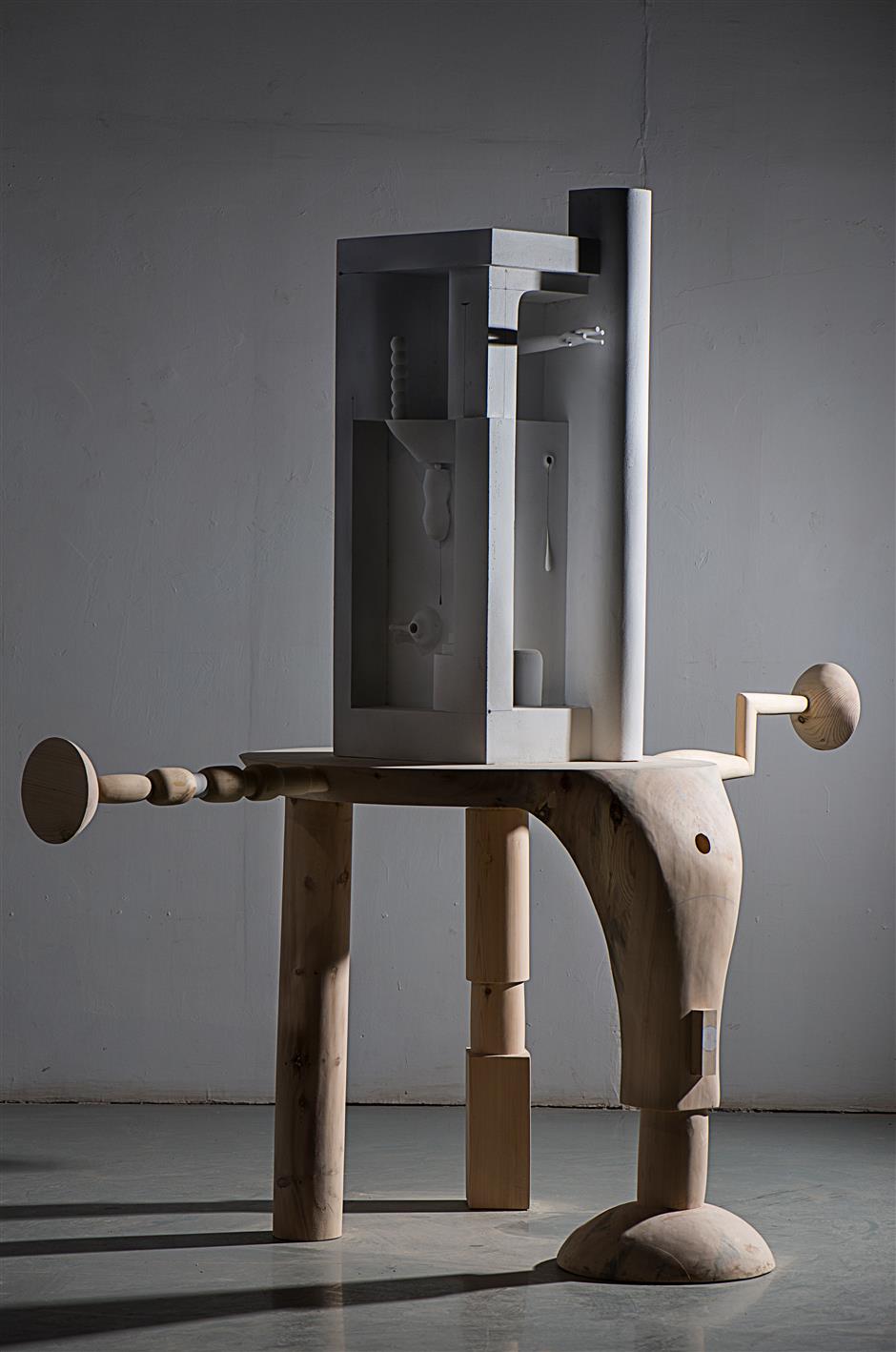 “Looking for the Thickness” by Zhang Chao, installation

Special Reports
ADVERTISEMENT
'Resonance' emits artists' cool vibrations
National treasure unearthed by tomb raiders
Artist develops a distinctive style for capturing the world of opera
An ancient deity is kinder than he looks
Chinese poetry set to song moves out into a broader realm
Zhao Puchu calligraphy show under way at Shanghai Museum
Culture of the Silk Road goes on display
Tilling and weaving a fabric of life
For precious art in poor health, the doctor is in
Metacollage: where East and West intertwine
EXPLORE SHINE