The “Sixth Symphony,” often called the “Pastoral Symphony,” is a tribute to the 250th anniversary of Beethoven’s birth this year.

“It also signals much-needed tranquility and hope in the face of human suffering,” Yu Long, the orchestra’s music director, told Shanghai Daily after a rehearsal. “We want to think beyond one performance and see it as our responsibility to deliver a message of hope and encouragement.”

Musicians sat further apart during both rehearsals and the actual concert, in accordance with coronavirus guidelines. Concertgoers had to wear masks, have their temperatures taken and show their green health codes before entering the concert hall. Audience members sat two seats apart. 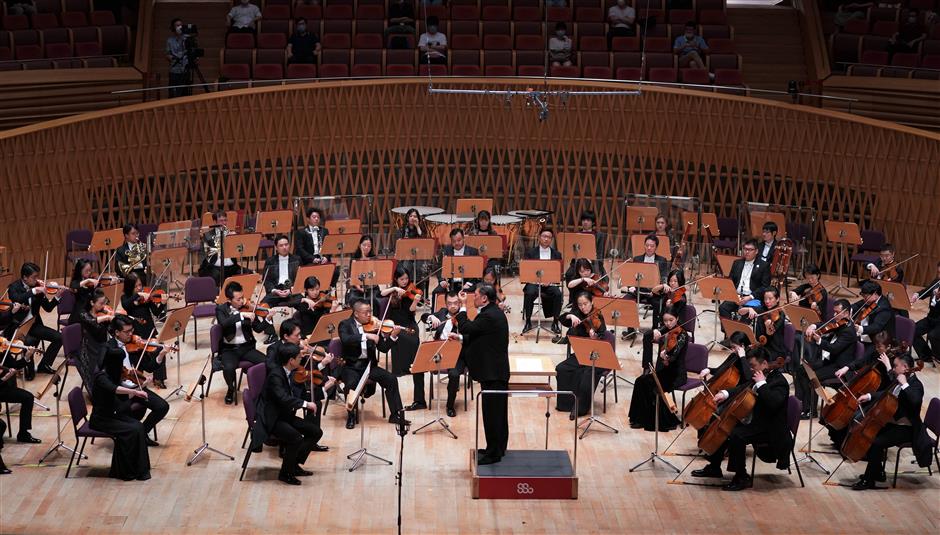 Shanghai Symphony Orchestra returns to the stage with a message of tranquility and hope for humanity.

The orchestra’s return signals some hope for other musicians around the world.

“No previous case existed in human history where all classical musicians around the world lost work at the same time, for such a long time — not for SARS, not even for the 1918 pandemic,” Yu said, recalling conversations with other musicians.

“Many of them are not so optimistic about the future,” he added, “but congratulated us on our return.”

Yu’s own life in the first two months of the year is representative of many musicians.

In January, he was touring 14 cities around the world. In February, he insisted on returning to Shanghai because he said he needed to be with his musicians.

By then, concert halls were all closed, and the orchestra’s musicians, including Yu, all worked from home.

Weeks later, concert halls were closed around the world, festivals were canceled and musical events explored new ways to connect with audiences.

Some turned to livestreaming events with musicians performing from different locations. Others insist on playing in the concert hall together, even without a live audience. Some even tried “one-on-one concerts,” where one musician played for one listener 1.5 meters apart.

Recorded or livestreaming classical music concerts went viral like never before. However, most musicians agree that nothing can replace a live concert. Some fear delays in returning to normal concert schedules will hurt their careers and income.

A May survey by the Musicians’ Union, which represents more than 32,000 musicians, revealed that a fifth of classical musicians are deeply concerned that their careers may not resume after the pandemic.

Simon Rattle and Mark Elder, two of the world’s most celebrated, recently captured that fear in an open letter on the plight of British musicians.

“There’s a real possibility of a devastated landscape on the other side of this,” they wrote. “Orchestras may not survive, and if they do, they may face insuperable obstacles to remain solvent in our new reality.” 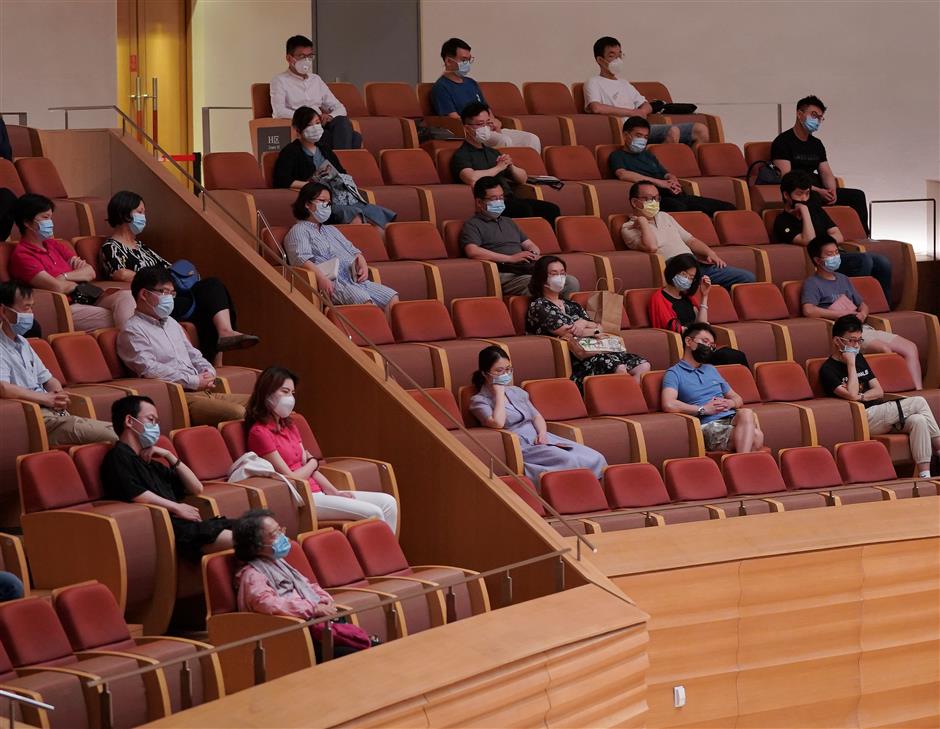 Shanghai Symphony Orchestra seems to be escaping that fate.

Shanghai Daily asked Yu about “insuperable obstacles” he faces and his thoughts on the effects of the pandemic.

Q: The Shanghai Symphony Orchestra presented quite a few online events and concerts during the lockdown. Digital concerts became very popular around the world. What do you think of digital concerts?

A: Yes, we have tried many online events and had great feedback from fans. But personally, I don’t believe digital concerts can ever replace the experience of listening to live performances in the concert hall.

I’m not conservative. I always ask young people about new technology. I simply don’t believe the current technology is good enough to turn a live performance into a digital one with no loss of effect.

Maybe one day, virtual reality can make that a reality, but not yet.

Right now, digital concerts are more a complementary means of introducing classical music to more people, or a last resort when we can’t perform before a live audience.

The digital concert can’t replace a live performance where musicians and audience are both participants in the same space. That kind of person-to-person resonance can’t be delivered by screen yet.

Q: Are you worried that digital concerts may become more popular now?

A: Yes. I am a bit concerned that may be a long-term impact of the pandemic. Some people may think what’s on the screen is exactly the same as what they would hear in a concert hall. Oftentimes, lots of nuances are lost on screen. Sometimes you can’t even differentiate a top-grade from a sixth-grade orchestra when their performances are both uploaded online.

But I still believe you will always have people who prefer to go to a concert hall, just as people will prefer a live stage drama in a theater.

What also worries me and some musicians I talked to is whether the pandemic has created fear in us — fear about getting together again, fear about walking into an indoor venue like the concert hall with an audience.

In a few months, audiences return to live performances with no change at all? We shall find out.

Q: How about you? Did you feel changes when you were rehearsing for this live performance?

A: We sat a bit further apart, but I had no fear. Overall, we were all really excited to return.

Q: Why do you choose these particular three pieces for your return concert?

Yu: It’s our tribute to pandemic victims, as well as to those who worked so hard to fight the virus and to keep us safe.

“Solveig’s Song” is from the incidental music written by Grieg for Ibsen’s play “Peer Gynt.” The song starts with the line “perhaps there will go both winter and spring ... but someday you will come, I know.”

This spring is gone, but it will surely remain one that we can never forget.

Richard Strauss’s “Four Last Songs” were written shortly before his death, and deal with the subject of death with a sense of calmness, acceptance and completeness rather than fear or reluctance.

And the Beethoven symphony was a natural choice. Our original programming for this year includes a lot of Beethoven because of the 250th anniversary of his birth. After the pandemic, at this special juncture, his music is needed more than ever.

It evokes a kind of spiritual symbol that belongs not only to his birthplace Germany, but also to the entire human civilization.

At this special time, we want the entire world to see how China is part of the global family.

Q: What can we expect for the rest of the year? Is the annual Music in the Summer Air festival going to be held? When will you announce the programming for new season?

Yu: At this moment, considering the global virus situation, our international concerts are canceled, and international musicians scheduled to come to Shanghai are also canceled.

The Summer Air festival will be held in July, and we have fixed a new concert program for September. We have had to adjust programming for the next three years, taking into consideration the risk of possible second or even third waves of coronavirus.

Q: So we are going to see mostly Chinese musicians for summer and September programs?

A: Yes. It’s actually a rare opportunity for me to showcase so much Chinese talent. Our symphony is known for working with the best in the world, and I didn’t fully realize until now how much many Chinese musicians have improved in the last few years.

Xu Ziqing contributed to the article.