Starting at 7:30pm tonight, the Shanghai Concert Hall will broadcast the Children's Day concert via its WeChat video account for three straight nights.

It will be presented by the Singapore Chinese Orchestra's well-established Young Children's Concert program.

The orchestra was established in 1997.

The show "China Opera Meets Animation," recommended for youngsters aged 10 and up, will be streamed tonight.

It was created in 2009 by Tsung Yeh, the orchestra's music director, and Chen Qiangbin, a professor at the Shanghai Conservatory of Music. The recorded concert was conducted by Yeh.

The compositions were produced by Chen and eight young musicians based on famous passages from Chinese operas that convey domestic tales and stories from classic Chinese books such as "The Romance of the Three Kingdoms" or "Water Margin." A sand painting performance is also part of the program. 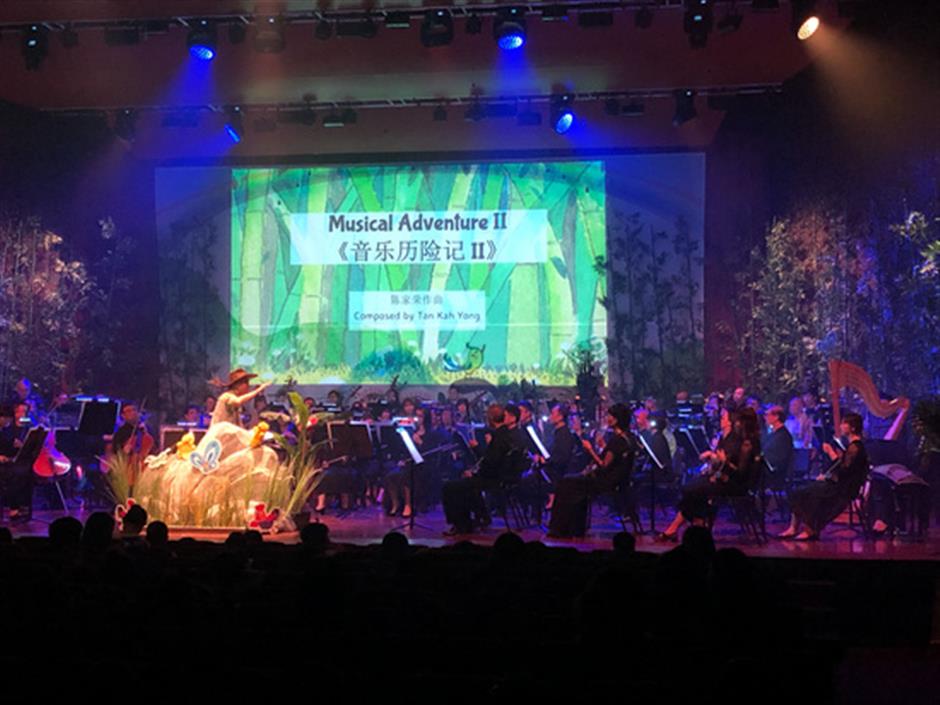 The other two events, which will be broadcast tomorrow and on Children's Day, are both part of the "DiSCOvering Treasures of Chinese Music" concert series, which is recommended for children aged five and up.

"Carnival of Percussion," to be broadcast tomorrow, will explore the sounds and beats of masterpieces from classical music, Chinese folk music, and newly commissioned works. 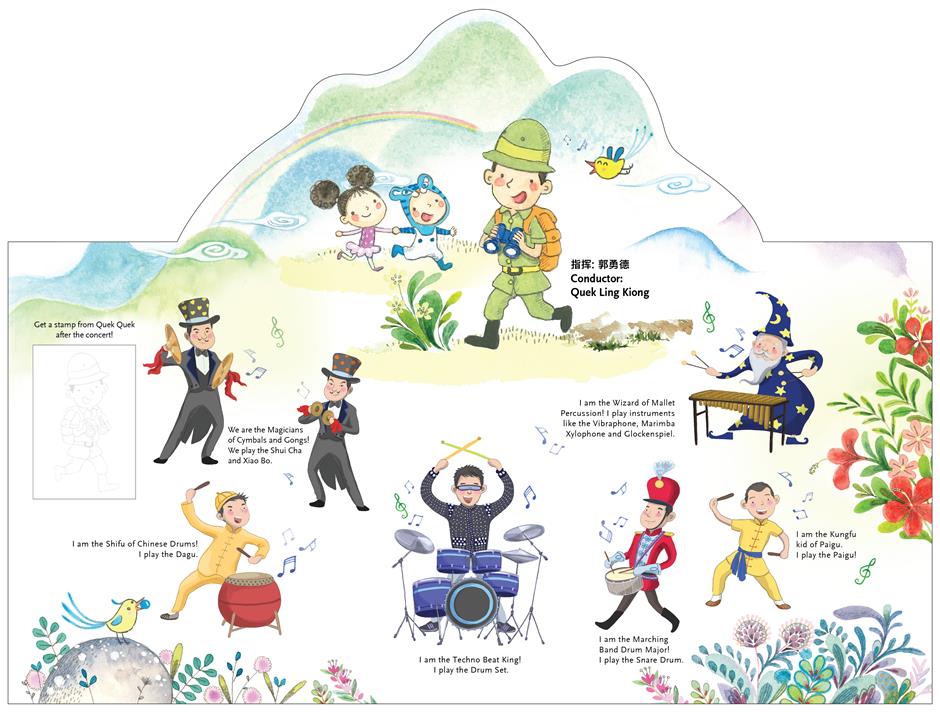 Pamphlet of "Carnival of Percussion"

Children will be taken on a musical excursion by the sounds of woodwind instruments in "Winds in the Bamboo Grove," which will be streamed on Children's Day.

"The pandemic is no barrier when it comes to our musical connections with friends in Shanghai!" said Terence Ho Wee San, the orchestra's executive director, passing on his best wishes through the concert hall.

"We are hoping that the series of concerts featuring the Singapore Chinese Orchestra and some of Shanghai's most well-known musicians will offer some warmth. Please stay positive and determined, Fight on, Shanghai."