The Shanghai Symphony Orchestra's last season highlighted musical dialogue between East and West, including one program that put the violin and the erhu, or Chinese fiddle, side by side.

The acclaimed concert "Wonder of Strings by Barber and Qigang Chen" will be streamed on the orchestra's WeChat Channels at 7:30pm on Friday.

Lu, 31, had to practice Western violin works like "Carmen" when she started learning the two-stringed erhu as a child. There just weren't many traditional compositions available then.

That's no longer the case, due to the rising popularity of traditional Chinese musical instruments in general and the erhu in particular.

Musicians have also been composing new works or modifying existing works to fit the Chinese fiddle. Some of the works, such as "Un temps disparu" (A Time Gone), featured in this concert are inspired by ancient Chinese melodies or poetry.

"Un temps disparu" draws from a well-known piece for the Chinese guqin (a seven-string plucked instrument similar to the zither).

Chen originally wrote it for cello and orchestra, and the piece was premiered by Yo-yo Ma and the Orchestre National de France under the baton of Charles Dutoit in 1998 at the Theatre des Champs-Elysees in Paris.

The composer later transcribed it for various performing combinations, including the version in this concert, for erhu and orchestra. 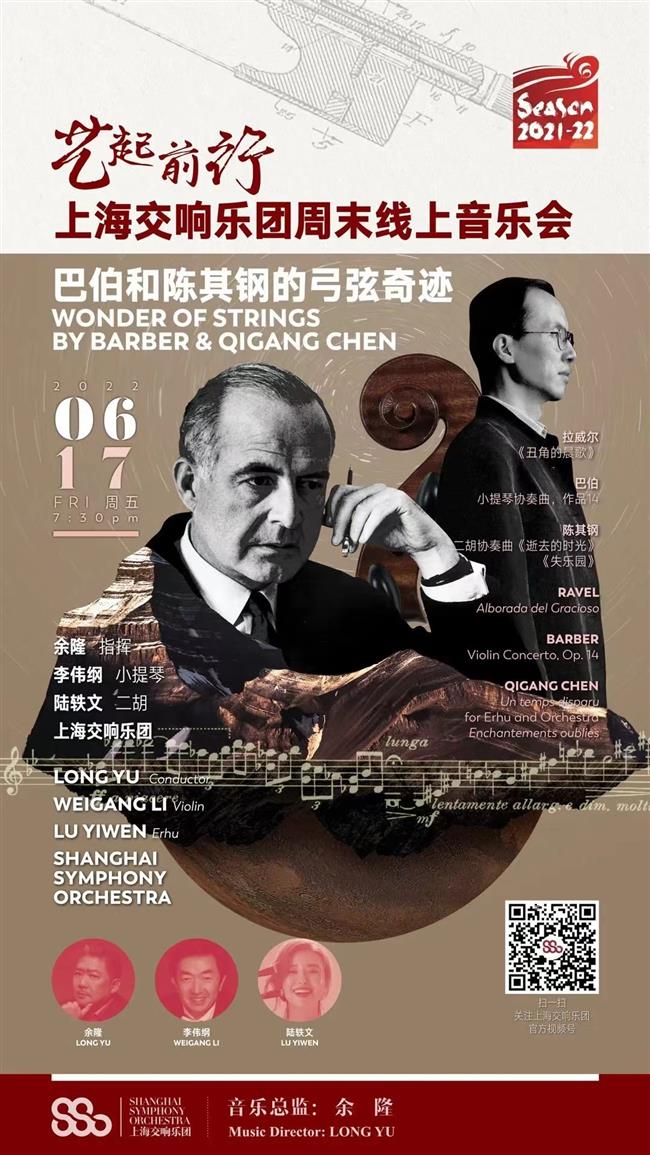