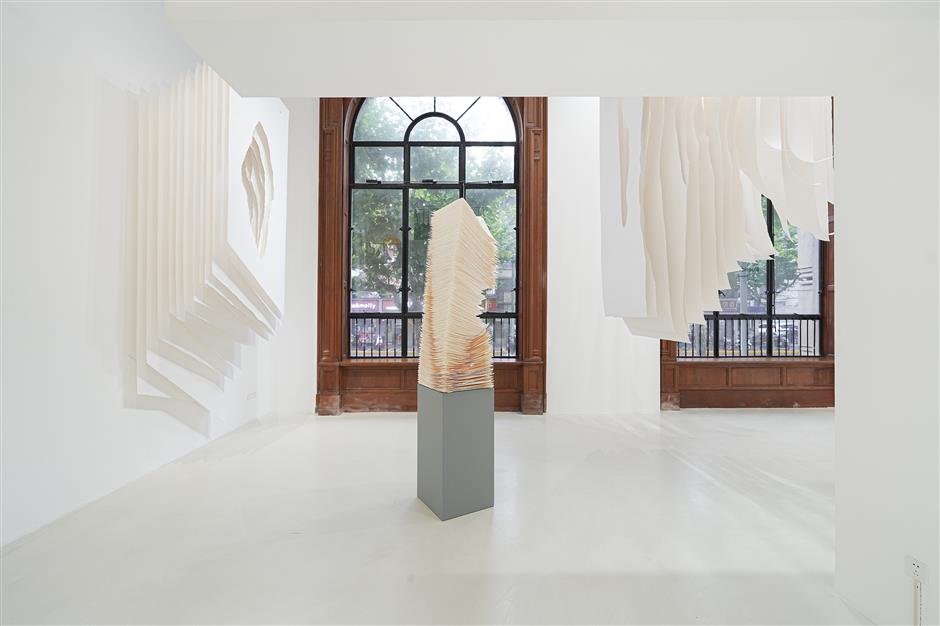 Glajcar, 52, started off as a sculptor and worked with steel and wood in the late 1990s, but switched to paper around 2005. For her, paper, especially white sheets of paper, is not only delicate and fragile but can also be very heavy and robust. With its ability to absorb the ambient light and accentuate its various hues, she uses this everyday material to recreate and redefine "a space."

For her sculptures and installations, she uses sheets of white paper, tears them apart, and then assembles them on mechanical fixtures. The paper's straight, sharp edges and geometric blocks that produce extensible space offer viewers a dramatic art experience that is full of distinctive rhythm and variety.

Glajcar has created several large suspended works, each 3-4 meters high, for the 7-meter high space of the gallery for her solo exhibition titled, "Torn Space."

There are also new works from her four signature series – Conballare, Montcanus, Terforation and Torn Portrait.

The exhibition runs until September 4.

In the series "Conballare," the artist uses Wenzhou paper in a royal tribute to the Tang Dynasty (AD 618-907), when the paper was extensively used.

With mulberry bark as its raw material, the paper that is as thin as a cicada's wings is of high tenacity. With one side smooth and the other rough, it can produce a unique texture effect that resembles a fossil or rocky surface from ancient times. 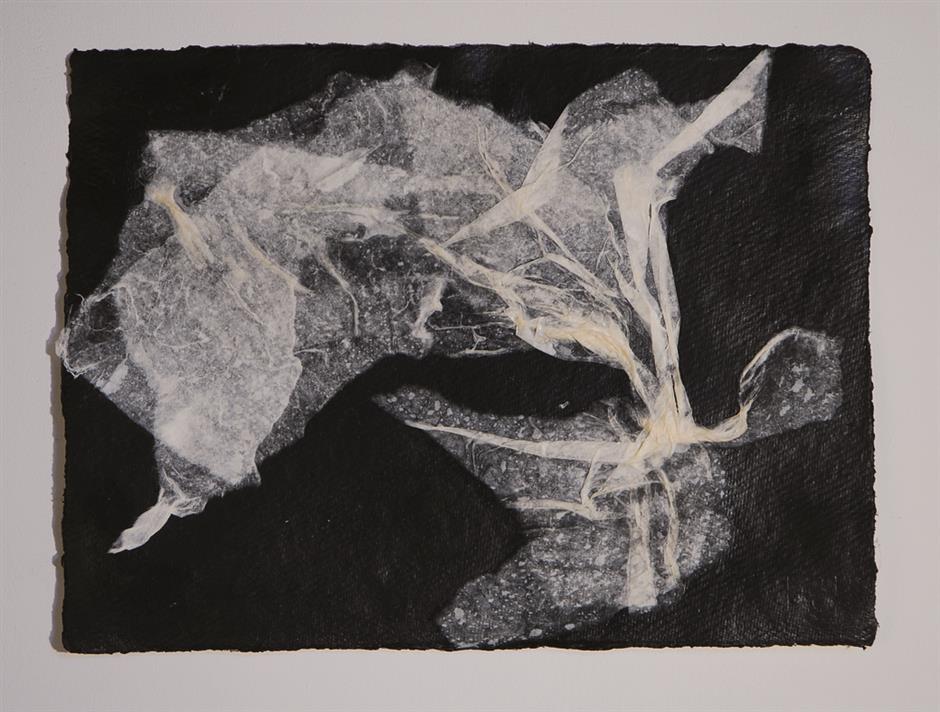 The title of the series "Terforation" is derived from the Latin words "terra" (earth) and "foramen" (hole). Glajcar tears overlapped layers of paper from the inside out, creating what appears to be a hollow or laceration in the middle of the sheets, through which light enters and casts different shadows, presenting a cavernous void reminiscent of natural landforms. 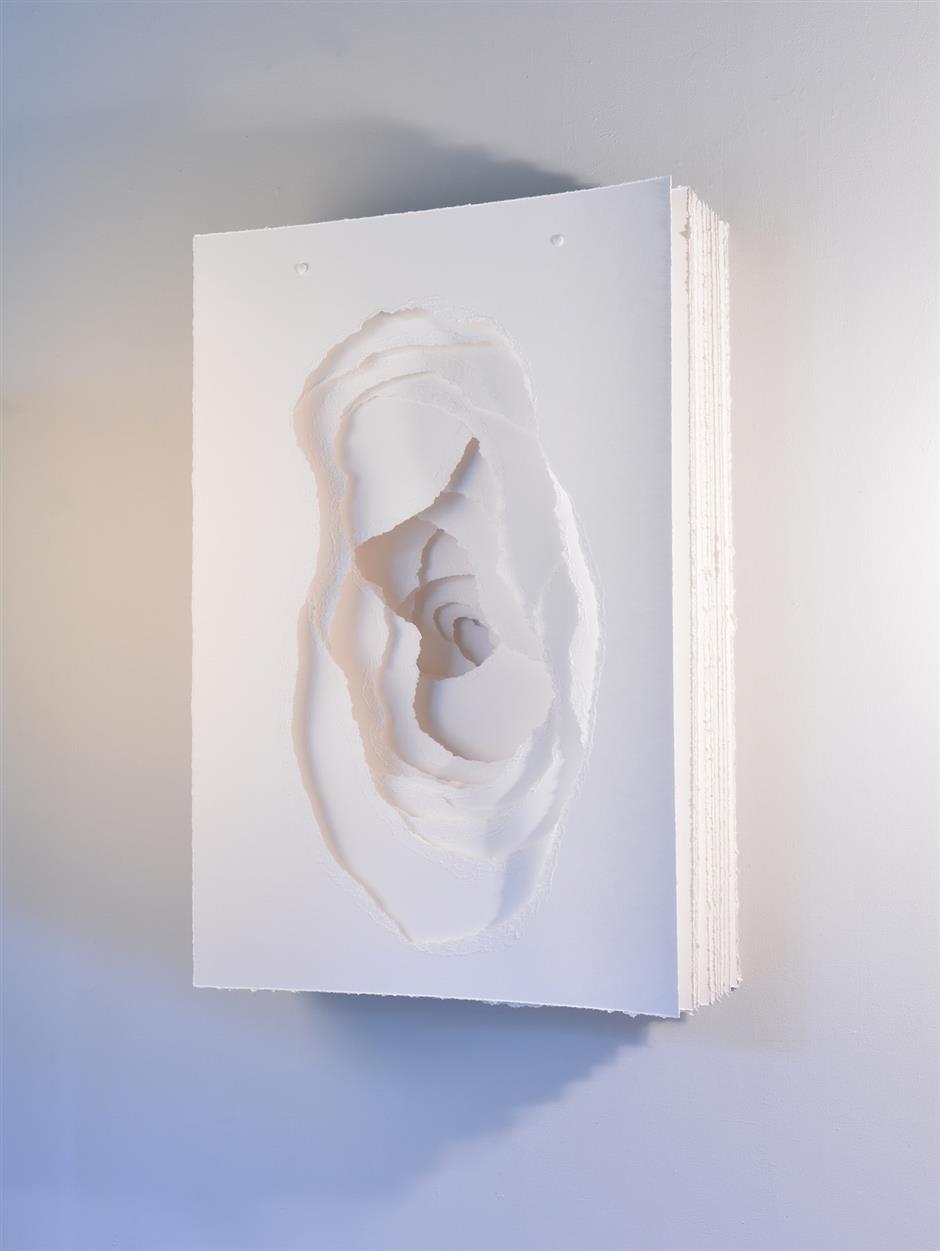 "Montcanus" comes from the union of the French word "montage" and the Latin word "vulcanus." The series showcases the moment of a volcanic eruption. It is characterized by sheets threaded horizontally on metal rods and skilfully arranged in the gravitational field.

The sheets of paper behave differently depending on the size and shape of the torn-out piece in the middle. Even the on-site humidity affects the sculpture. In the wet summer of Shanghai, the series on display presents a downfall curve at one end because the paper absorbs some moisture in the air, which shows the artist's thought on randomness and instantaneity. 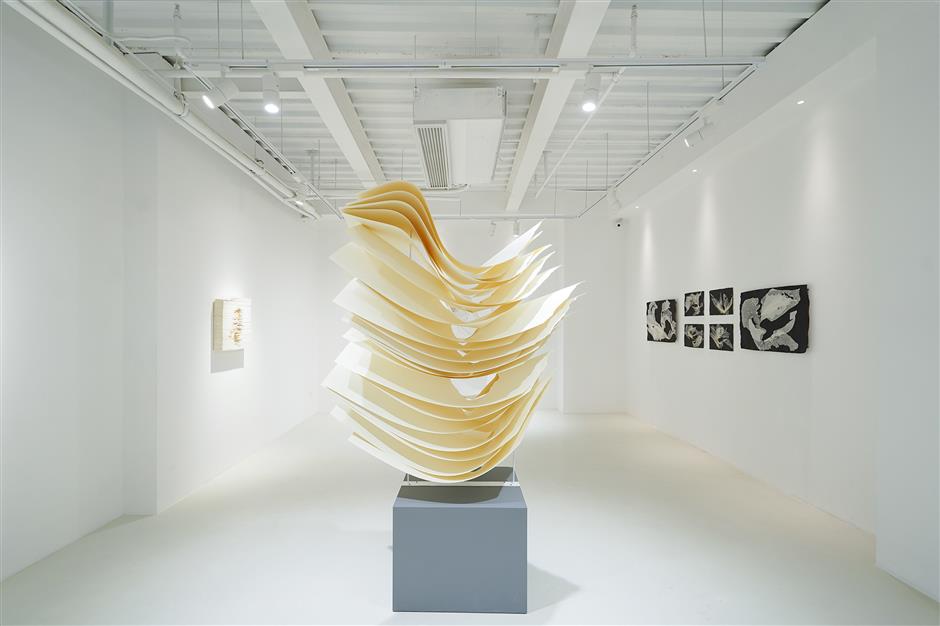