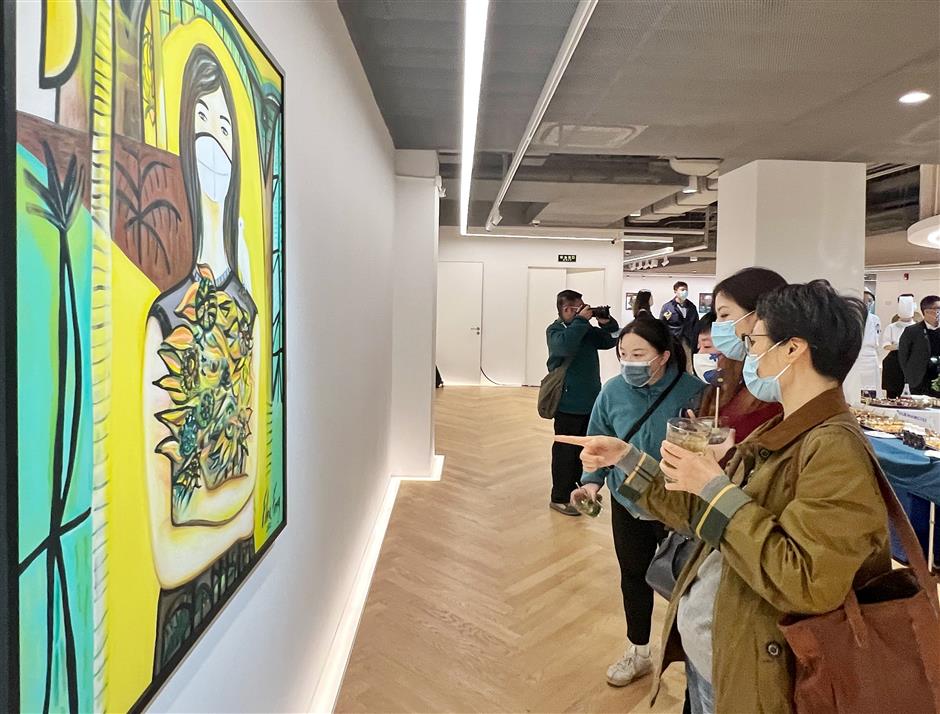 Paintings by Chinese-Cuban artist Flora Fong are being exhibited in Shanghai in celebration of the 175th anniversary of the arrival of the first Chinese immigrants to Cuba, and the 62nd anniversary of the establishment of diplomatic ties between the two nations.

"Masked Tropical Lady – Exhibition of Cuban Artist Flora Fong," jointly hosted by the Embassy of the Republic of Cuba in China, the Consulate General of Cuba in Shanghai, Flora Fong Studio and LIAN Cultural, and supported by Shanghai International Culture Association, opened at Shanghai Xspace on Friday.

The event aims to strengthen cultural exchanges between China and Cuba and promote friendship between the two peoples.

Fong is a famous Cuban female painter and sculptor of Chinese descent. She was born in Camague, Cuba, in 1949. Her father is Chinese and her mother is Cuban.

Over the years, her works have been exhibited in the United States, Germany, Russia, Italy, France, Japan, Panama, the United Kingdom, South Korea and other countries. Fong is actively committed to cultural exchanges and friendly relations between China and Cuba.

The exhibition includes Fong's 12 oil paintings, which depict the image of women under the COVID-19 pandemic and show respect for women's important role in fighting against the virus, thereby encouraging the public to establish and strengthen their awareness of health protection.

The exhibition runs until December 18. 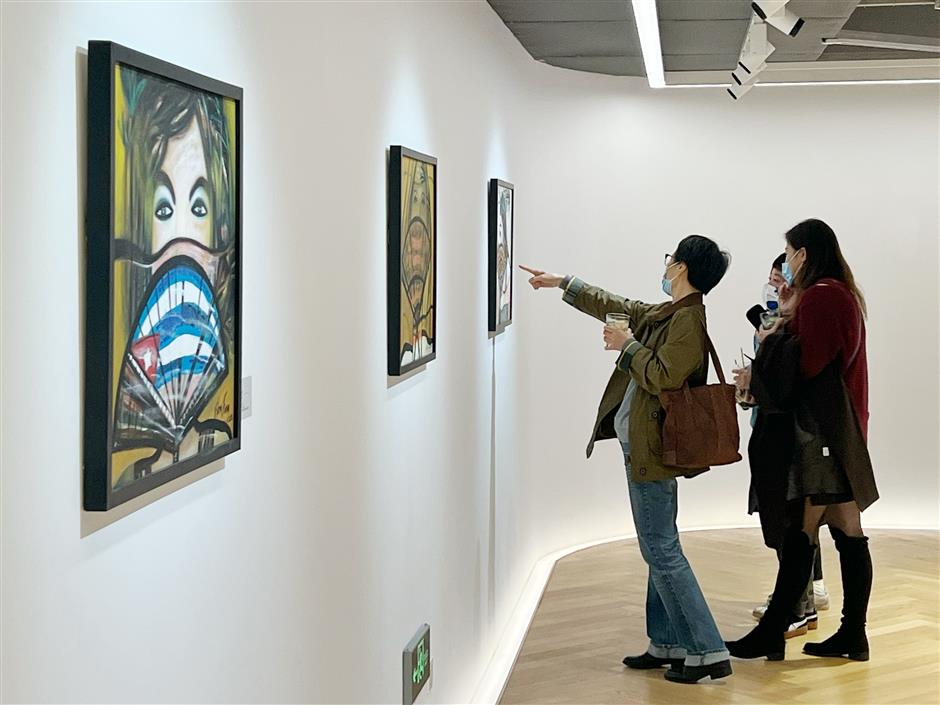 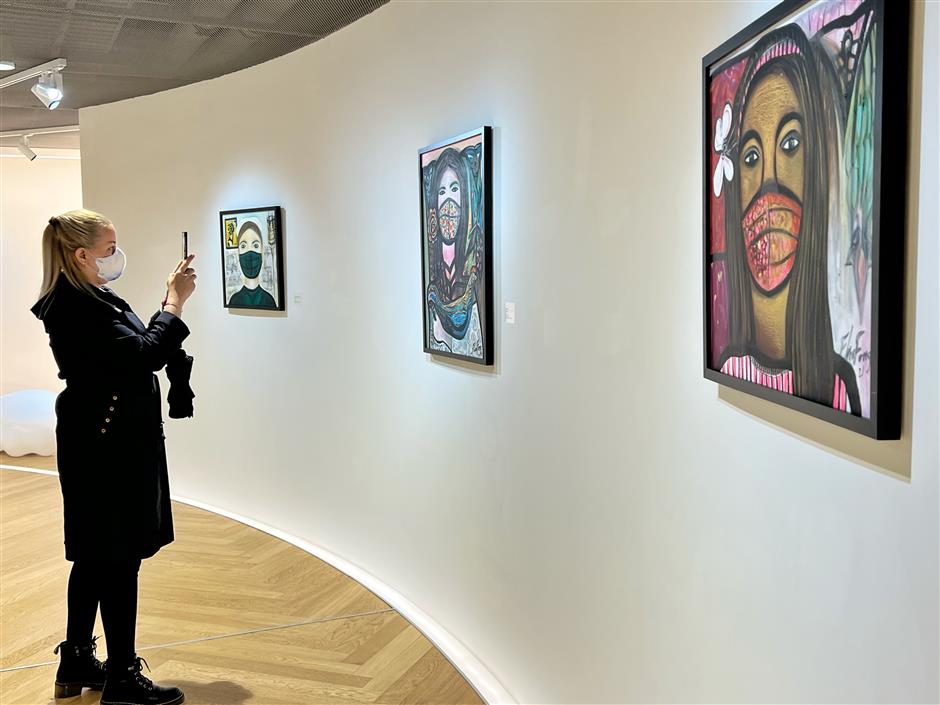 The works depict women affected by the pandemic.