Commemorating one of China's greatest writers 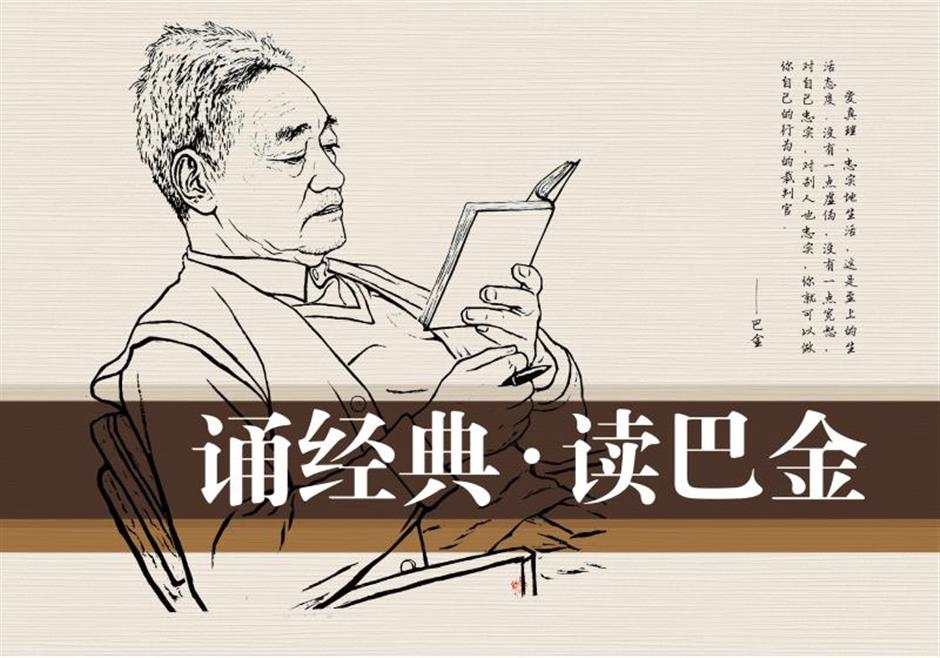 "I have always yearned to see pure, young souls and I will never forget them all my life," Chinese literary master Ba Jin once said. This is just one epigram from hundreds penned by the legendary 20th-century poet and author.

It has been 12 years since the great man passed away and to commemorate the anniversary of his death, a public reading event of his works was held on August 20 at his former residence on Wukang Road in Xuhui District, with the majority of the participants aged between 20 and 30.

“Ba Jin (pen name of Li Yaotang, 1904-2005) was one of the most important Chinese writers of the 20th century. He lived over 100 years and left a legacy of 13 million words in his novels, short stories, prose and essays,” says Zhou Limin, deputy director of the Ba Jin's Former Residence Museum.

Born in Chengdu in southwest China's Sichuan Province, Ba moved to Shanghai in his early 20s and worked as editor to several important publishing firms and periodicals, as well as writing and working on translation. 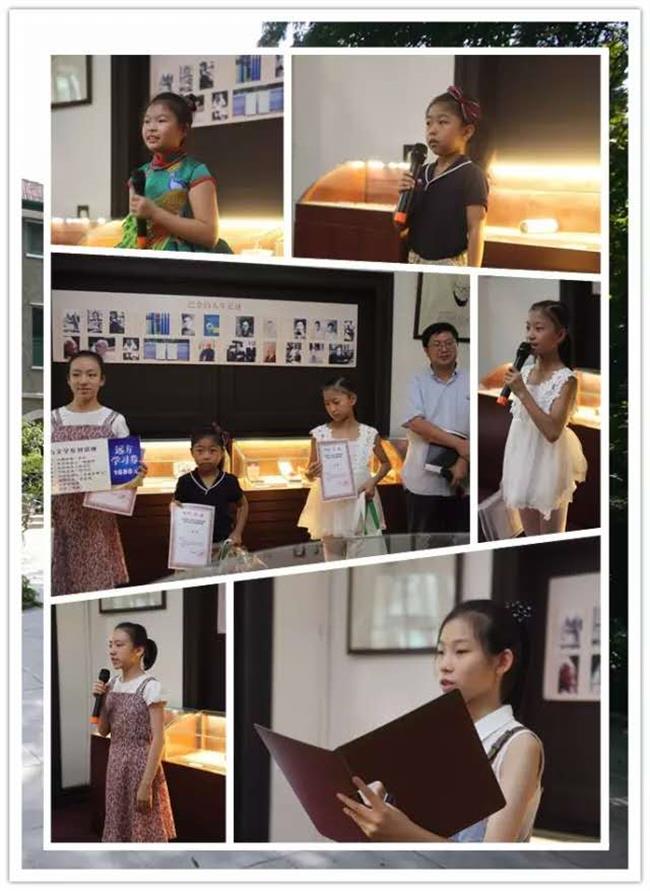 Contestants of the youth group 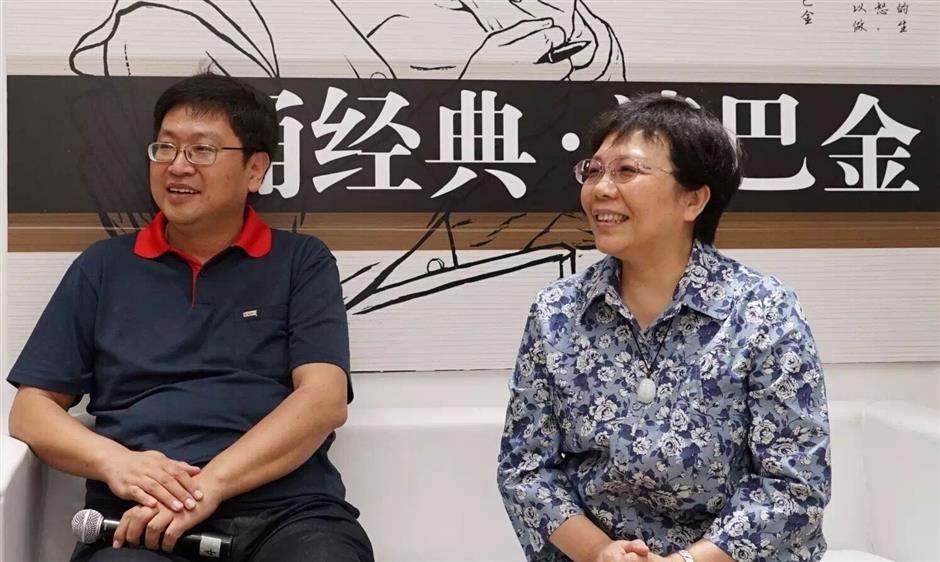 To ensure a fair reading contest and an enjoyable event for everyone, Xuhui Library started the preparation of the reading activity a month ago. They teamed up with 20 or so reading clubs and cultural institutions in Xuhui to select contestants to the finals from more than 100 people who applied for the reading event across the city. Among them was a 6-year-old girl, Yan Xiang, from Hongkou District.

Considering her limited level of literacy and understanding due to her young age, Xuhui Library suggested she read Ba’s “Sunrise at Sea,” a prose poem of around 500 words. And Yan was the only contestant allowed to recite the same piece throughout the initial selections, preliminaries and finals, while others were required to prepare different works for different stages.

“I didn’t find it too difficult to remember the piece after several readings,” said Yan, who was drawing her favorite cartoon characters on her sketchbook while waiting for her turn. “I practiced reciting twice a day in front of my families during preparation, so I was not nervous. It came out naturally and I could feel the struggle of the sun against the dark sea while I focused on my reading.

According to her mother, Deng Xin, Yan shows a talent in language and has enjoyed performing since an early age. She has taken part in several storytelling competitions for pre-school children in the last two years. An avarice reader as she is, it is the first time for little Yan to read a classic work of Ba.

“Thanks to the organizers, we’ve had such a meaningful day to start my daughter’s new semester. The medal should go to them,” said Deng. 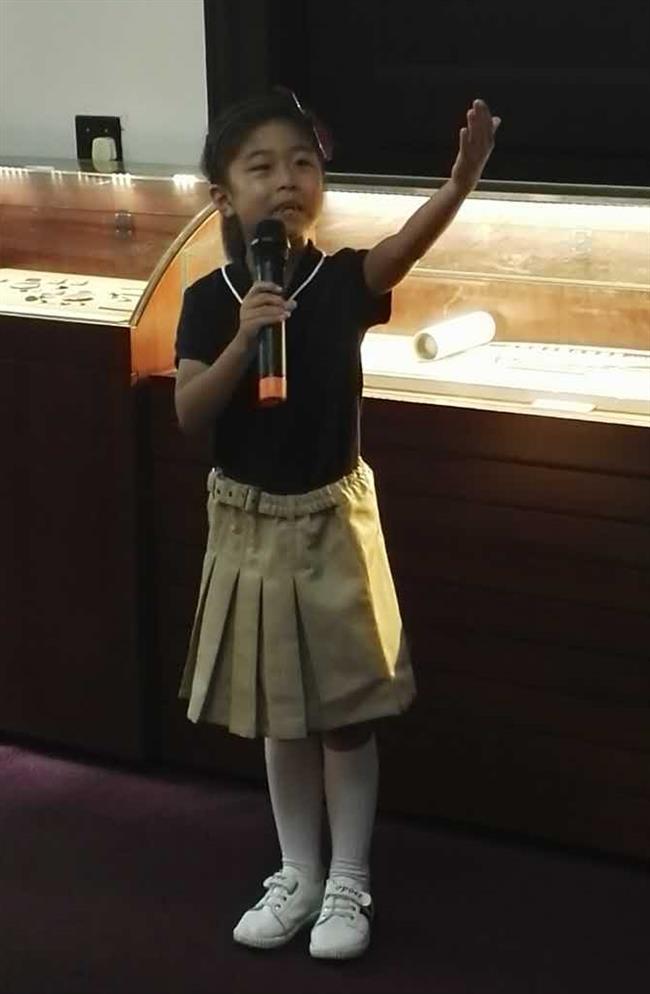 Yan Xiang, 6, during the reading event

“We all read about Ba Jin during our school days, but for the first time I felt his upward spirit and passion in life while I read it aloud, word by word,” said a woman surnamed Wang, who recited “The Poetry of the Machine,” in which Ba described the joy in seeing the puncher machines and powerful drills.

Wu Di, after reciting “My Heart,” said his heart truly ached because “nothing is more painful in this world than seeing others suffer and not being able to help,” quoting Ba’s text.

“There are many ways to read and rediscover the classic works of the literary master. A public reading event is a fun way of interpreting Ba Jin’s writings for all age groups,” Zhou, deputy director of the Ba Jin's Former Residence Museum. told Shanghai Daily.

“When participants are encouraged to learn and memorize the most readable parts of a prose or poem, they better understand and comprehend Ba's works in a situation when he created these pieces some 70 years ago.”