Bittersweet memories of a past era

In 1952, when 18-year-old Isabel Sun Chao left her home in Shanghai to spend a holiday visiting her mother in Hong Kong, she never dreamed that her farewell to her father was the last time she’d ever see him. She didn’t return to her old home for the next 60 years.

Chao, with help from her daughter Claire, recently she wrote a book reminiscing about her early life in Shanghai. The book, entitled “Remembering Shanghai: A Memoir of Socialites, Scholars and Scoundrels,” takes readers back a half a century, pulling the curtain back on how people in Shanghai lived in a very different era.

“Mainly, I wanted to share my and my family's experiences—not in a grandiose way but as if I were talking to good friends,” says Chao. “We’re were not interested in glorifying our family, but rather in opening a window on a corner of a world that I hold dear.” 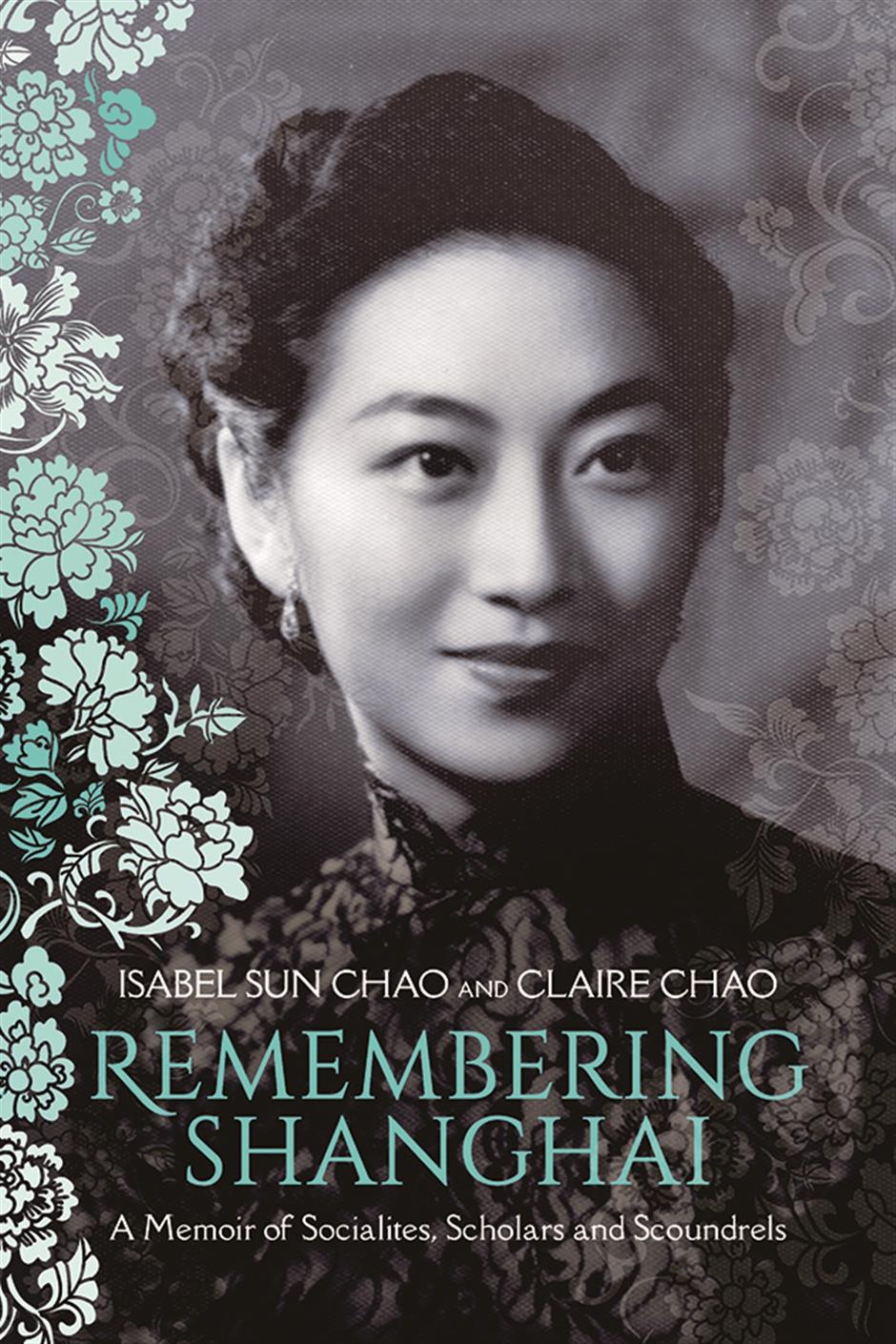 Born in 1931, Chao was the third daughter of six children. She was called “Third Daughter.” Her father, Sun Bosheng (1894-1969), was an art collector who enjoyed a certain reputation in those circles.

In the book, Chao uses an old dialect, referring to her father as Diedie, her mother as Muma and grandmother as Qinpo. The appellations, different from what Shanghai children call their parents and grandparents, may stem from the family’s origins in the Jiangsu Province city of Changshu

The book starts with conflict in the home in 1938, when Muma wanted a divorce because Diedie kept mistresses and Qinpo was bad-mouthing Muma behind her back. From there, the book records the family’s ups and downs in a turbulent era of love, betrayal, kidnappings, concubines and underground gangs.

That’s not to say the book is heavy reading. Its more lighthearted tone probably stems from the fact that events and people are seen through a child’s eye.

“I enjoyed my childhood,” says Chao. “Just about everything and often little things, like raising silkworms, watching shuoshu with my grandmother, dancing at the Airline Club and even riding a Harley-Davidson on the Bund. When I look back on those things, I realize they mostly have to do with entertainment. So I suppose that’s my goal for the book -- to entertain readers.” 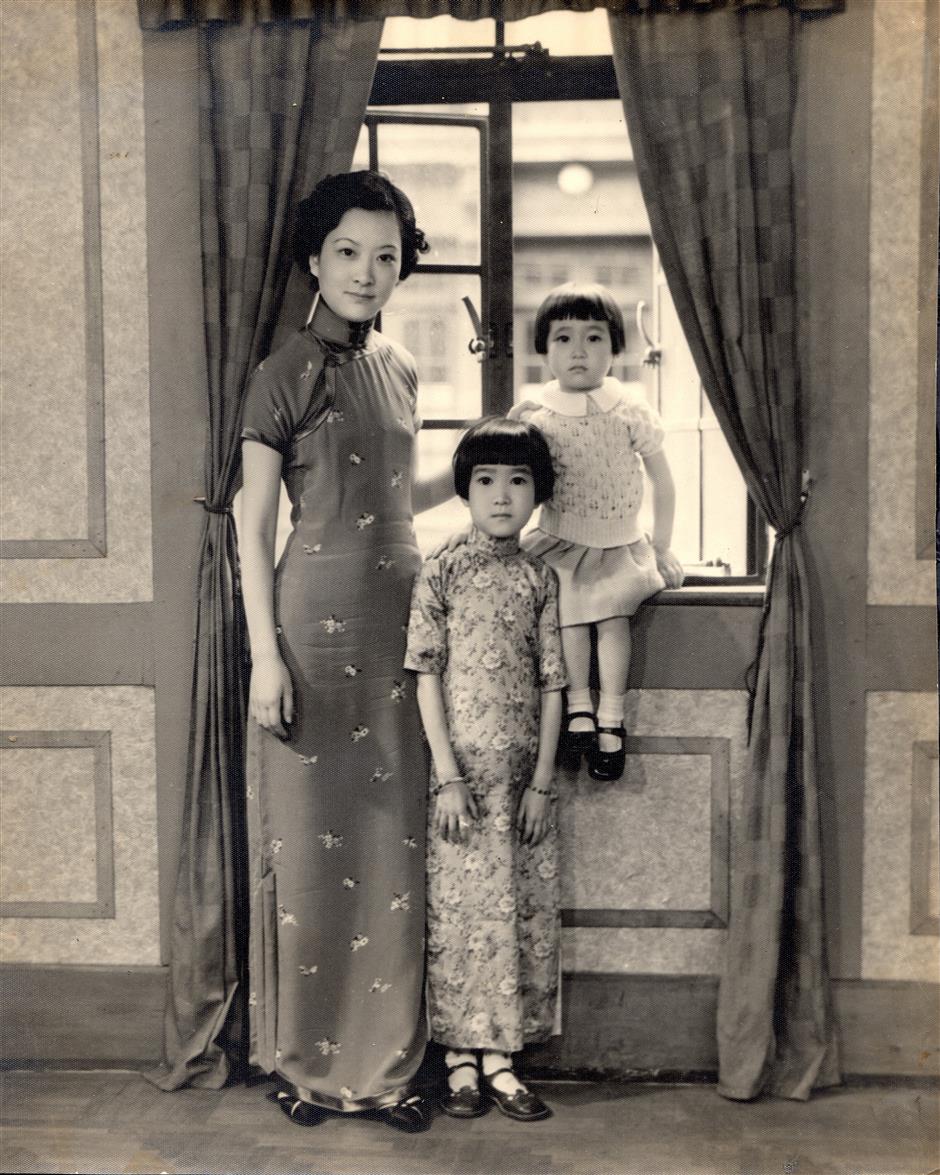 Isabel (seated, on window ledge) with her sister Virginia and Muma

Most of the stories were written based on Chao’s memories. Claire Chao spent years doing research, interviewing family and friends, and sourcing visual materials to complete the book.

“We were also fortunate to be able to refer to the many books about old Shanghai written by my uncle Sun Shufen, my mother’s brother, which were published in Shanghai from the 1970s until his passing in 2005,” says Claire.

In 1950, when Chao was about to start her very first holiday to Hong Kong, her father told her to be “careful” and said the family would keep her in their thoughts. She said nothing felt out of the ordinary until her mother told her she was not going back to Shanghai.

“I thought back to Qinpo, frozen at her window, and Diedie’s somber expression as we said good-bye,” she wrote in the book. “It suddenly dawned on me that I might never see them again and I hadn’t said a proper good-bye.”

Her premonition came true. Qinpo passed away in 1958, and Diedie died in 1969, after being captured and tortured for two years during the Cultural Revolution (1966-76).

Chao got married six years after she arrived in Hong Kong and worked as a cultural affairs specialist in the US Consulate there until retirement. Claire, born in 1962, is her third daughter and a writer with rich corporate management experiences.

In 1980, Chao returned to Shanghai for the first time since her departure, but she didn’t have a chance to go back to the old family home. The city had changed so much that she almost could no longer recognize it.

“For my first 30 years in Hong Kong, I often dreamt of my childhood home and the many happy memories from there,” Chao says. “When I returned for the first time in 1980, it seemed to have changed so much that I didn’t have those dreams anymore.”

In the 1980s, she restored lost connections with other family members. Her younger siblings, who remained on the mainland, started to visit Hong Kong and kept in touch. All the Sun siblings

In 2008, when Chao and Claire finally returned to the old house on Zhenning Road in Changning District, they found that some of the old look had been retained during decades of rapid development.

The red banister was just as Chao remembered it, and a mark on the side of the staircase could still be seen where the family had their phone. She remembered how excited she and her older sister Virginia were when the phone was installed.

In the book, she mentions an encounter with a man surnamed Cheng, whose father moved into the house in 1966. Cheng remembered Diedie and filled her in on his life in his later years.

The visit ignited the idea for the book, though it was Claire who finally persuaded her mother to write it.

“I have always been interested in books, but I didn’t think I had the discipline to write a memoir on my own,” Chao said. “I wouldn’t know where to start. I was just beginning to wonder if my childhood memories from another era would disappear, when my daughter asked me to tell her stories about our ancestors.”

She adds, “I'm so lucky she had the deep desire and initiative to connect with our past.”

The book is about to be adapted into a TV drama series, and mother and daughter are busy preparing for that. To them, Shanghai holds bittersweet memories and also a bright future.

“Nowadays, I couldn’t be prouder of what Shanghai has become,” Chao says. “It’s not only an outstanding city for culture and lifestyle, but also a global financial leader. That’s all down to its people, who are fun-loving but hard-working, clever and purposeful.” 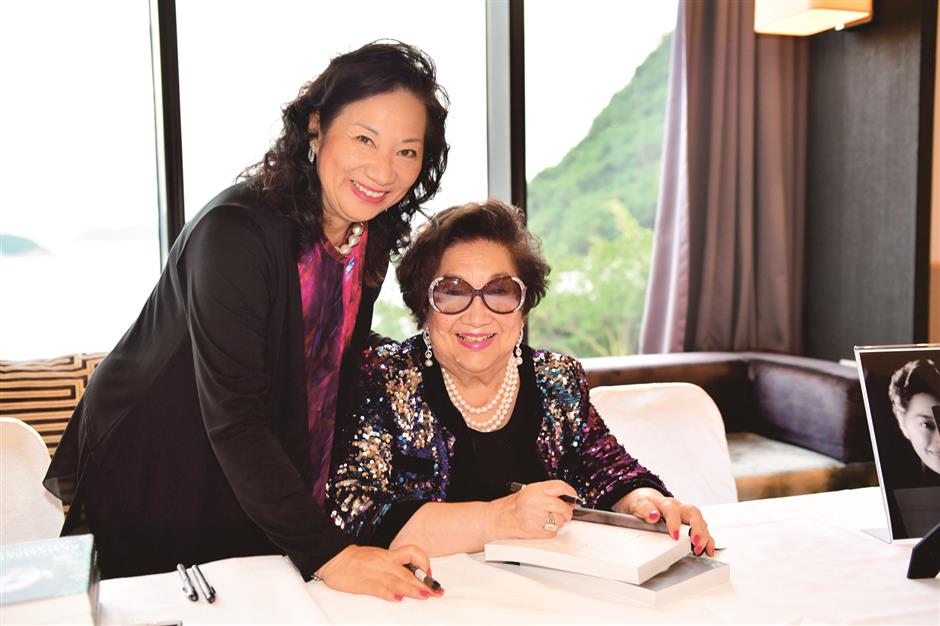