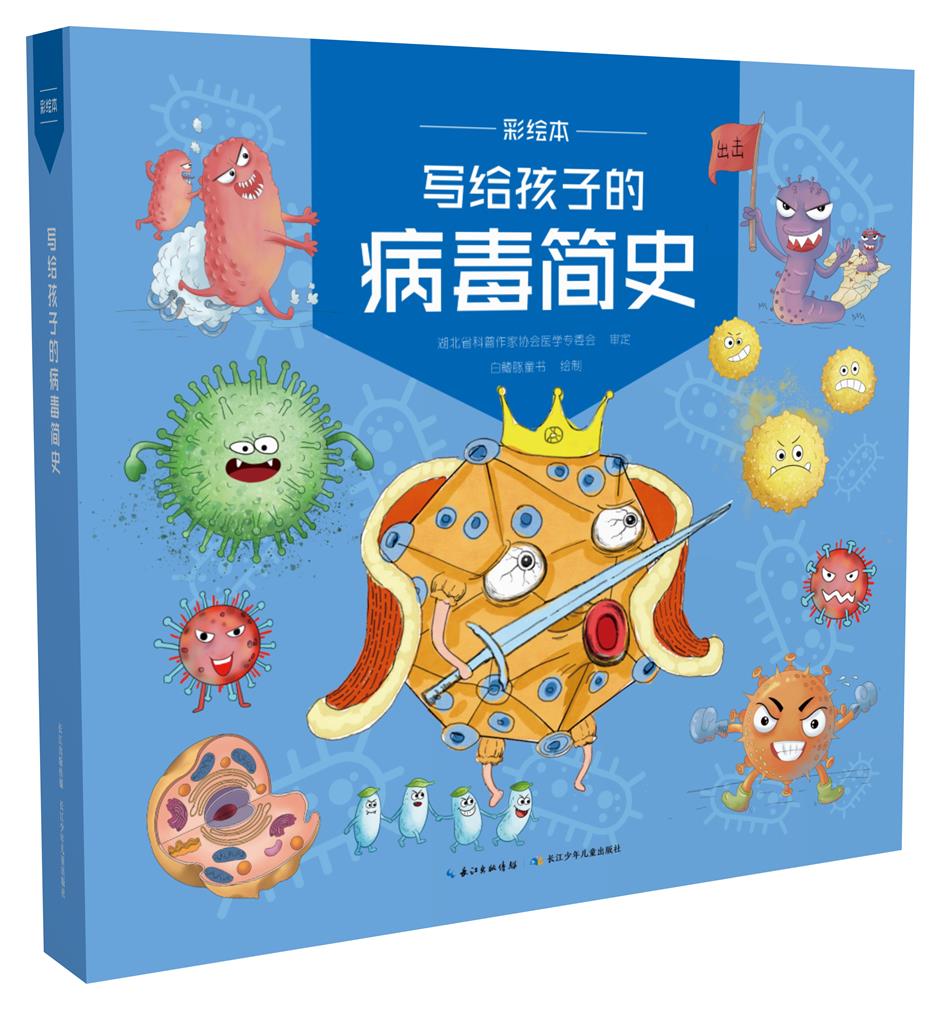 “A Brief History of Viruses for Children (Illustrated)”

The long Spring Festival holiday has had an unexpected impact on Chinese people’s lifestyle amid the novel coronavirus epidemic.

Forced to stay at home, some learned how to cook while others invented new ways to keep their children occupied even as some found time to indulge in their lost passion for reading books.

Not surprisingly, two new illustrated books, “A Brief History of Viruses for Children (Illustrated)” and “Waiting for My Dad” went viral during the long break, as many parents sought ways to explain to their children what was keeping them from school (happily or bored).

The two kids’ books, published digitally in an incredibly short period of time with all the illustrators and publishers working from home, are not only among the first publishing efforts since the news broke, but also directly from Wuhan, the epicenter of the outbreak.

“We were all extremely excited when we heard about the book project, knowing that finally we can contribute to fighting the virus as a children’s book author and publisher,” Chen Ying, author of “Waiting for My Dad,” told Shanghai Daily in a WeChat interview from his home in Wuhan.

“I’m not sure about the mental journey of Chinese in other cities, but for us in the epicenter, it has been like a roller coaster. To be honest, now looking back, I was like a psycho when writing the story. I would suddenly lose control and start crying in the middle of it, and then wipe the tears and continue to write.”

Chen and his colleagues, including a group of illustrators, started the project on January 26, the day after Chinese New Year and two days after the city of Wuhan was closed down and all transport halted. They finished the book in 17 days, and it was released digitally for free in mid-February. Normally, such a project takes months.

Groups of doctors and nurses started flooding into the city from all over the country since Chinese New Year’s Eve, which calmed residents like Chen, and also inspired and touched them. Many pictures of these medical heroes went viral on social platforms, including many that saw doctors kissing goodbye to their crying children. 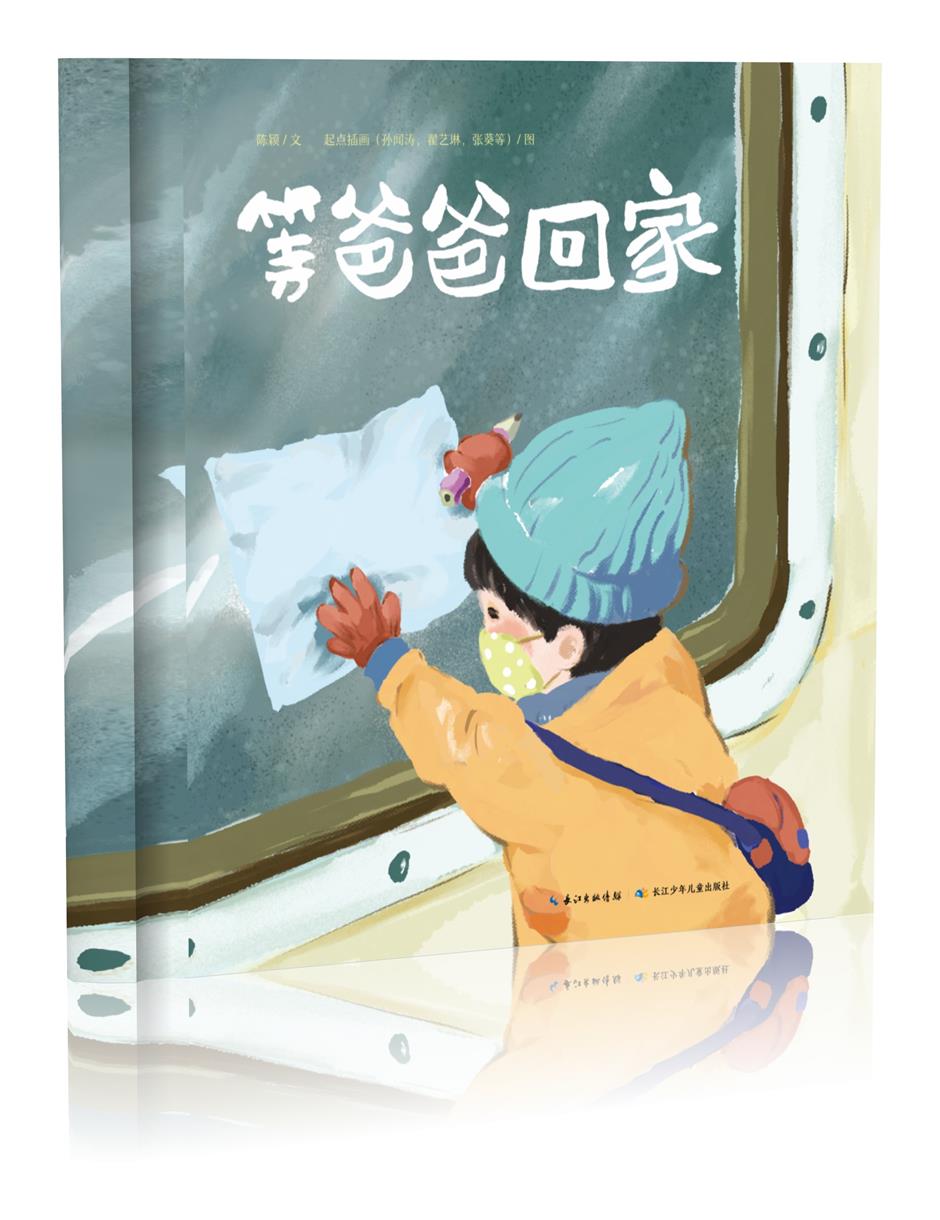 “Waiting for My Dad”

The story of “Waiting for My Dad” was inspired by one such picture, as Chen narrated from the perspective of a doctor’s little son in the 40-page picture book. Two audio versions were also released with one using a boy’s voice. An original song was also created for the audio version.

The protagonist was disappointed at his doctor father’s sudden task to leave home during the holiday, but began to understand as he saw the streets and Wuhan’s most famous tourist sites all empty. In his dream, he saw dad in a protective suit behind a glass wall, and told dad he would wait for him with his own favorite candy.

“We wanted to help kids understand what is happening around them, why it is happening, and what those around them are fighting for. We hope to help them understand responsibility, and the strength of ‘small love’ and ‘big love,” Chen explained. 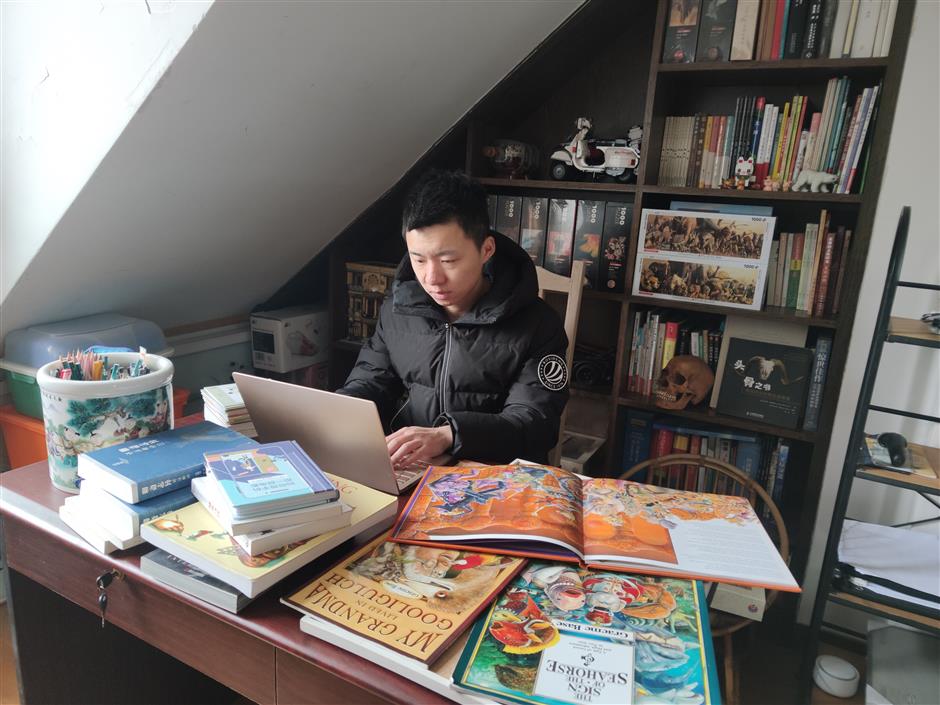 Chen Ying, author of “Waiting for My Dad,” at work. 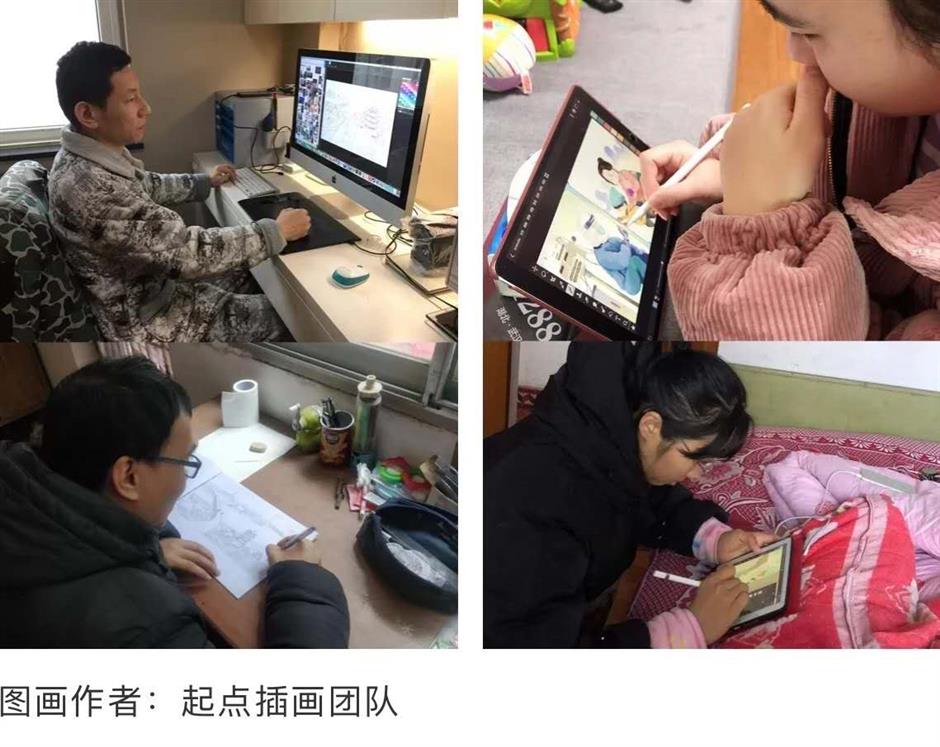 A group of illustrators, all homebound in different cities, collaborated on two illustrated books for children to help them understand the ongoing virus outbreak.

A group of illustrators, all homebound in different cities, collaborated to deliver the message about “small love” and “big love.” The publishing house also asked children of doctors to record and publish their video letters online.

It was not the only digital book on speed-track trying to explain the unique situation to children.

“A Brief History of Viruses for Children (Illustrated),” which targets older children, involved more helping hands and was finished in seven days.

“For children, a virus is something very dangerous yet they can’t touch it or see it, so it is very strange and terrifying. We needed to find a way to help them understand it through their lenses, by using story-like language and vivid pictures,” Hu Xing, the book’s editor, explained.

“We wanted to help them understand viruses in general, and this virus situation in particular, scientifically and rationally. We also set a special section of FAQs on the novel coronavirus to help them learn how to protect themselves.”

The book was written and illustrated by the publisher’s in-house science staff and editors, as the best pediatricians and relevant experts in Hubei Province, who are still working day and night in hospitals and labs now, also lent their time and expertise as the book’s consultants.

The book is a help to many parents trying to explain the virus to their kids, and often finding themselves puzzled.

“It was first shared by my daughter’s classmate’s mom in the parents’ chat group, and I immediately downloaded it,” said Zhang Jianwen, a busy investment consultant who was struggling on how best to explain the virus to his third-grade daughter.

Due to its popularity, the book has been digitally published in Mongolian by a children’s publisher in the Inner Mongolia Autonomous Region, while its US rights have also been sold.