The men and brands that gave Shanghai its identity

For close to a century, Shanghai has attracted travelers and business people who have played their part in the development of the city and helped shape its identity. From the architects who designed the Art Deco gems to the creators of the time-honored brands to the fashionistas, the city has always managed to attract the cream of talent from across the country — and the seas.

Not surprisingly, many of them have left untold stories behind. Uncovering them and retelling them to an audience hungry to know their past is a challenge taken up by a few.

Among them is Chen Danyan. Beijing-born Chen has been exploring the city’s cultural and historical heritage for over 25 years and has documented every significant event spanning 100 years — from 1920-2020 — in as many as seven books. 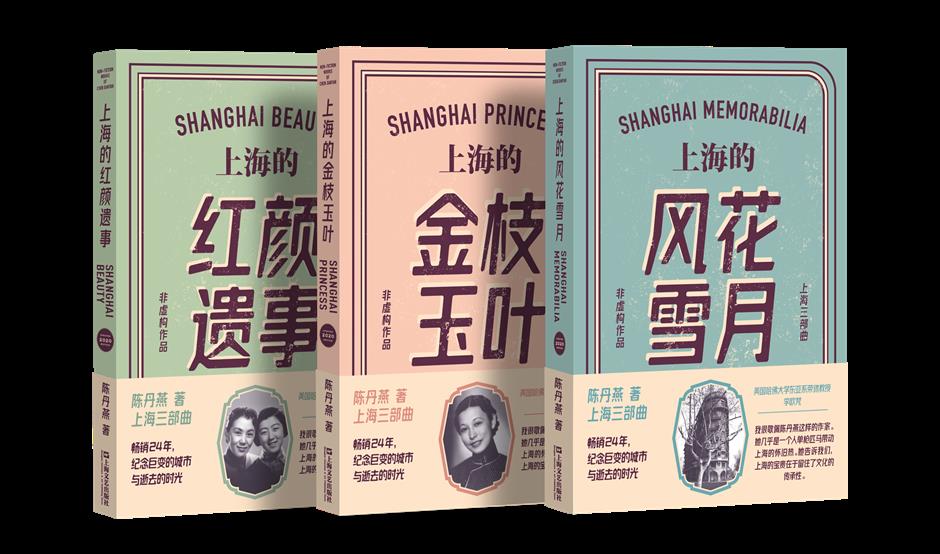 "The Shanghai Trilogy" by Chen Danyan

“The Shanghai Trilogy” was first published in the 1990s and deals with three personal narratives, namely “Shanghai Beauty,” “Shanghai Princess” and “Shanghai Memorabilia.”

Through interviews, photos and memories of family members and close friends, Chen gives an intimate portrait of a group of Shanghai women who have contributed to the city’s gender identity through their roles at the workplace.

“The Bund Trilogy” covers “The Images and Legends of Shanghai Bund,” “Being the Peace Hotel” and “The Maze in the Public Garden.” It was a mammoth effort. She started working on Shanghai’s best-known address in 2003 and only managed to finish it in 2014.

The book draws the readers with its in-depth coverage of heritage buildings and well-known personalities from an array of perspectives, sources and personal investigations. There is Sam Tata, who was born to an Indian family in Shanghai in 1911 and found fame as a photojournalist. Then there is Cathay Hotel’s Victor Sassoon, who made it big in the 1930s. The hotel was renamed Fairmont Peace Hotel in 2010. The book also delves into the controversy over “Dogs and Chinese Not Admitted” sign at the gate of the first public garden on the Bund. 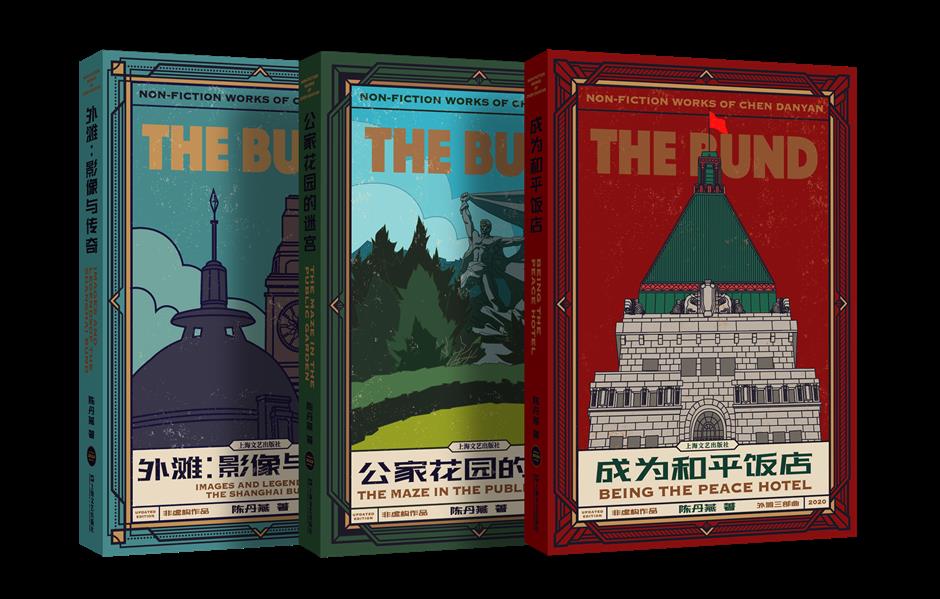 "The Bund Trilogy" by Chen Danyan

“I was born in 1958. I needed details to bank on and facts to help me reconstruct the life of people living two to three decades before or after me. In the two trilogies, there are elderly women of my grandmother’s age and young adults of my daughter’s age,” Chen said at a recent book event.

Chen, who moved to Shanghai with her family at the age of eight, later published ‘Chen Danyan’s Shanghai.’ It deals with “my formative years between 1960s-1990s, an overlapping period of three generations that witnessed great cultural and social changes in the city.”

Chen recalled that the city’s focus shifted from the Bund to Yan’an Road during the first urban planning under the first Five-Year Plan period (1953-57).

With the help of the Soviet experts, the development of the city moved to Yan’an Road from the Bund. The name Yan’an was Shanghai’s tribute to the revolutionary base of the Chinese Communist Party.

Since the first Five-Year Plan, the city has transformed itself from a consumption city to an industrial center and is today one of the biggest contributors to the national economy. It remains a key manufacturing center with a busy port. 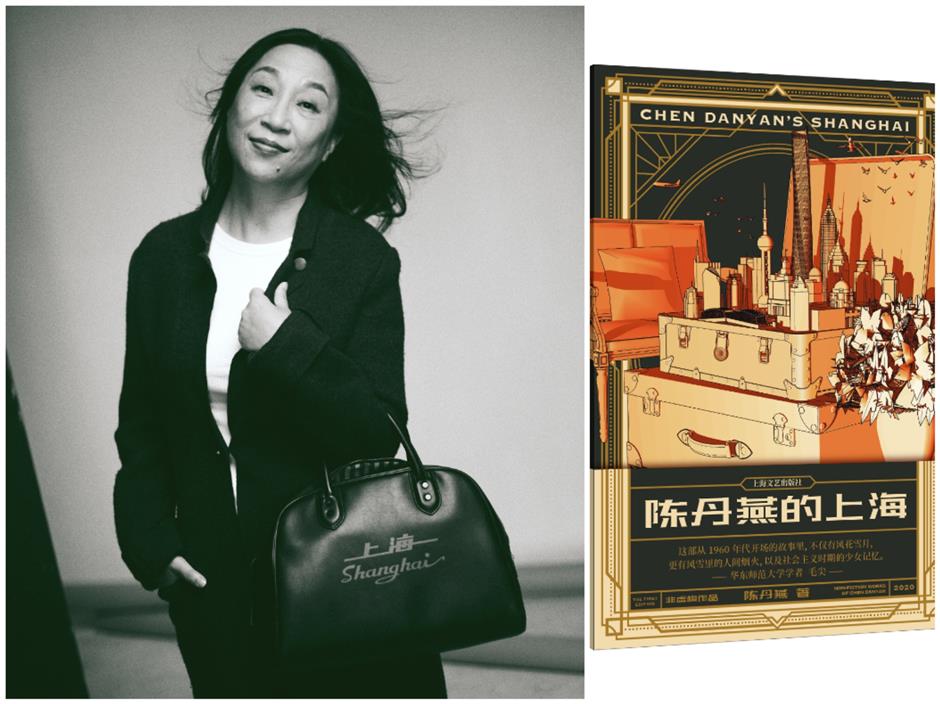 The book also throws light on 40 Made-in-Shanghai brands in such diverse industries as textiles, food, household appliances, entertainment, and even sports. Some of them are time-honored brands like the White Rabbit candy, the Warrior sports shoes, the Seagull camera, Marie’s paints and the Double Happiness table tennis bats.

In the 70s and the 80s, families who could afford to buy a Butterfly sewing machine, a Shanghai mechanical watch, a Phoenix bicycle and a Gold Star TV were the envy of their neighbors. The brands were considered the most important dowry for a bride.

“The Shanghai brands created a lifestyle that not only belonged to the Shanghainese but also took the lead in combining fashion and technology. People from other cities in China would envy and look up to them,” Chen said.

Some of the brands highlighted by Chen in her book are currently showcased at an exhibition titled “A Century of Shanghai Design” at the Liu Haisu Art Museum. The exhibition, which runs through March 19, has on display the limited edition of the Shanghai watch bearing the logo of Chairman Mao’s cursive script, the Butterfly sewing machine, the Red Lantern radio and the Wahson fan with the fan-speed controller on the front panel.

The exhibition titled “A Century of Shanghai Design” at the Liu Haisu Art Museum has an array of Made-in-Shanghai brands.

“It is said that the Butterfly sewing machines were copies of the Singer 15 of the US. But like most products made in Shanghai, they are never the same or exact copies of the original,” according to Zhao Lei, the curator of the exhibition.

“In the 1940s, when Shanghai began producing the sewing machine, it was called the Invincible. In Shanghai dialect, ‘butterfly’ sounds like ‘invincible.’ Correspondingly, the machine’s logo was changed into a butterfly in 1966,” Zhao said.

Chronicling the Shanghai brands from the past century, Zhao, who is a researcher with the design department of Shanghai Academy of Fine Art, revealed that almost all the brands between 1960s-90s could trace their roots to the 1920s-30s.

In the 1990s, as China began to emerge as a major player in the global market, Chinese design experienced a whole new decade of convergence between China and the West with easier access to the Internet. With further industrialization, it led to the integration of modern design and industry.

“The best thing about the exhibition is seeing different generations of people talk about their memories of the brands and the emotional connect with them,” Zhao said. “It helps in understanding ourselves better.”

At the center of the exhibition, there is an electric-powered Climbing Monkey installation, designed by Marvin Chan, a Hong Kong-born graphic designer who runs a tin toy factory in Shanghai now. It is a commemorative product to mark the 120th anniversary of The Commercial Press.

Originally designed by Lehmann, a Germany tin toy factory in the late 19th century, the first Shanghai-made tin toy climbing monkey was manufactured by The Shanghai Commercial Press in the 1920s. Different versions of the Climbing Monkey were developed between the 1930s and 1960s by combining the traditional with local elements.

“The Shanghai style is especially attractive because it combines modernity and restrained Asian elegance. Fusion, by which I mean a thoughtful and inspired combination of Eastern and Western elements, brings out the best of the spirit of Shanghai,” said Silvia Kettelhut, 55, a German who lives in Shanghai.

The vintage tin toy climbing monkey at the exhibition triggered memories of her childhood from her hometown Luebeck in northern Germany.