Films grossed around 8.2 billion yuan in China in October, a 124 percent increase year on year. A robust performance is expected to be continued in November with an array of new highly anticipated movies.

This month, the nation’s film screens will be replete with more than 20 films in diverse genres of epic war, suspense thriller, comedy and animation.

Celebrated director Roland Emmerich, known for “Independence Day” and “The Day After Tomorrow,” will present his latest war epic “Midway” on Friday, simultaneously with its release in North America.

Starring Luke Evans and Ed Skrein, the film looks back on the Battle of Midway in 1942, a war between the American fleet and the Japanese Navy.

The war is considered “the turning point of World War II in the Pacific Ocean. It also ended a further Japanese invasion threat in the Pacific.

Lavish scenes and impressive stunts are featured in the movie to depict a battle that played a decisive role in the battle of the Pacific.

The 4K restored version of the 1998 Italian drama film “The Legend of 1900” will retell the sentimental story with new cinematic technology .

The movie, to be released on November 15, tells the brilliant and unconventional tale of a musician born at sea. It also inspires audiences to reflect on life, art and personality.

Action film “Charlie’s Angels,” based on a TV series of the 1970s, will be also screened on November 15.

Directed by Elizabeth Banks, the film stars Kristen Stewart, Naomi Scott and Ella Balinska as the trio of Angels who team up to fight evil.

Movie buffs will be also presented with the comedy film “Two Tigers,” starring Ge You and Fan Wei, suspense drama “Hunt Down,” rom-com “Somewhere Winter” and an animated picture “Frozen 2.” 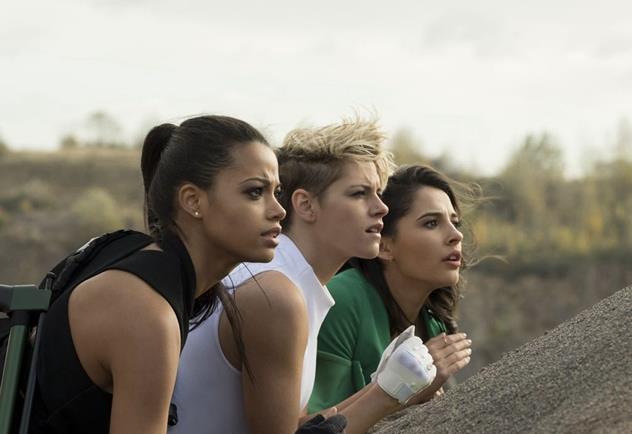