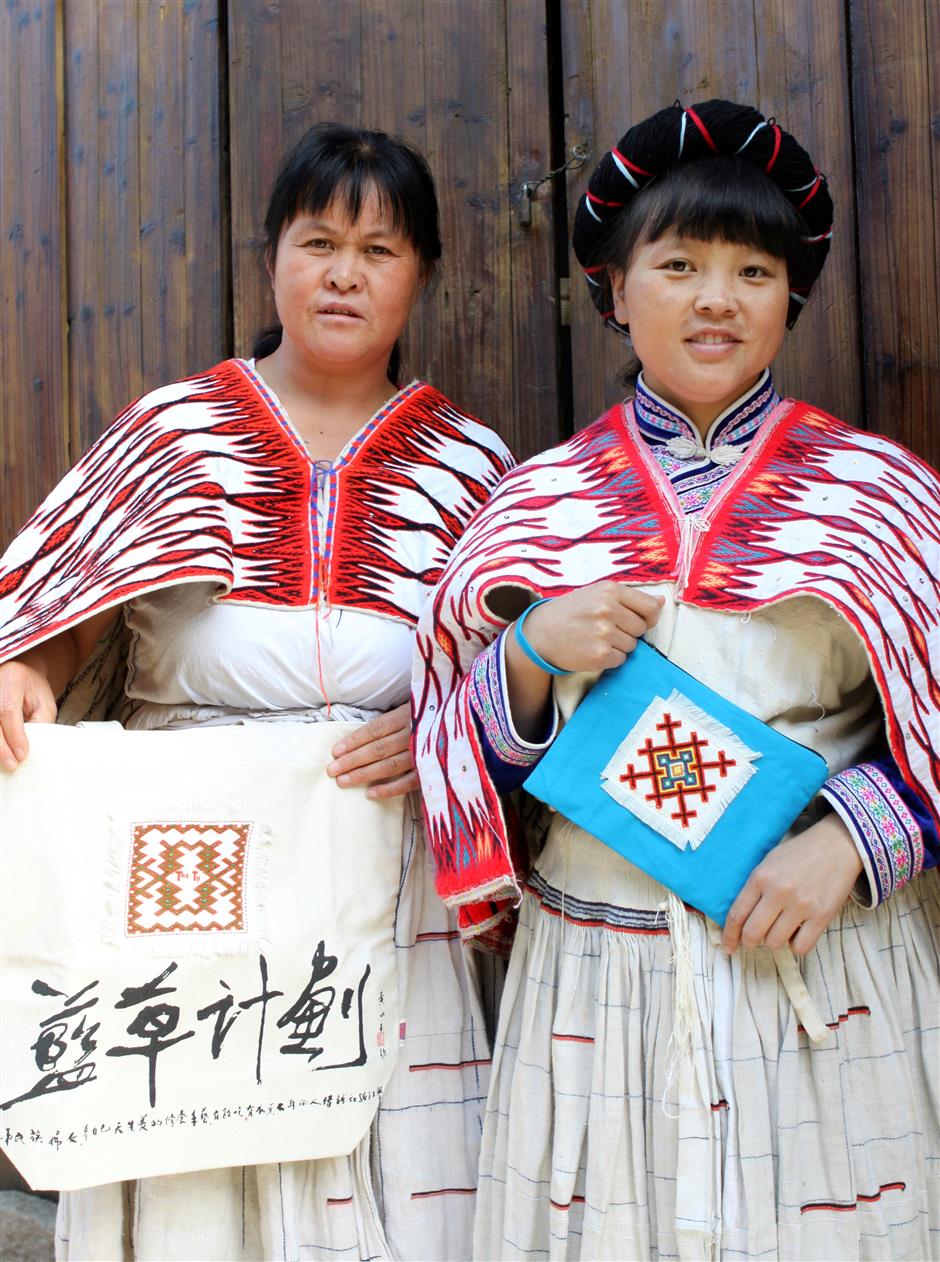 The Shanghai-based nonprofit group iFair has long been striving to eliminate the disconnect that exists between disadvantaged people who produce goods and buyers who purchase them down the supply chain. In most cases, the producers earn a pittance and remain poor.

IFair promoted the concept that putting trade on a more equal footing benefits society as a whole and helps needy people pull themselves out of poverty without the indignity of accepting handouts.

The organization’s program was singled out last year as among the best in the city by the Shanghai Civil Affairs Bureau.

“Our goal is to make people understand and accept the idea of fair trade, so that more needy people can escape poverty by earning their own living,” says Chen Lecong, 44, secretary-general of the iFair China Fair Trade Center.

Most people might think that “fair trade” means “no cheating in trading,” she says, but that’s not the case. According to World Fair Trade Organization, “fair trade” pursues the welfare of producers, especially economically disadvantaged producers.

The iFair organization started from a bazaar in the city in 2007 aimed at attracting designers. Because orders were small, hardly any factories were willing to do the manufacturing. Two of the organizers of the bazaar, Chen and a media insider named Liu Qiongxiong, went looking for individual processors willing to accept odd-lot orders.

“At that time, we talked to some charities, asking if they could recommend some processors, and they told us what we were doing was close to the idea of fair trade,” Chen says. “That was the first time we had heard of the term.”

Intrigued, the two did further research. They found that the concept of “fair trade” was not widely practiced on China’s mainland. Even in the West, the idea is barely 70 years old and has had mixed results.

“So we thought it would be good to be a ‘fair trade’ pioneer here,” Chen says. “A nonprofit organization incubator happened to ask us if we were interested in starting a group to promote fair trade, and we agreed.” 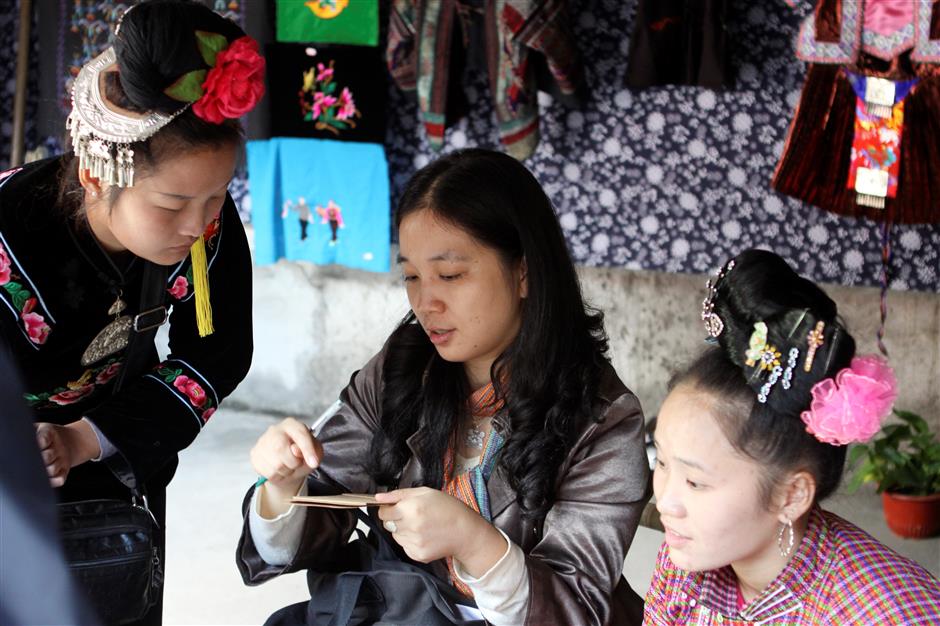 Liu and Chen co-founded iFair in 2008. Chen later quit her public relations job to work full-time for the organization.

As one of its earliest projects, iFair tried to open fair trade stores all over China, but the effort was not successful.

Chen says the original idea was to open 100 stores selling handmade goods produced by ethnic minority craftspeople. Eventually only eight stores — one in Shanghai — were opened, but only two remain in operation. The stores sought to ensure that profits the craftspeople earned were no less than local minimum wages and no less than 10 percent of the products’ prices.

“The problem is that you need to update your products constantly to keep a business going, but it’s impossible for these craftspeople to develop new products and design new patterns like professionals do,” Chen says.

At the same time, many consumers said they thought the products were too expensive and confined themselves to window-shopping.

“One of our jobs is to help people be more empathetic,” Chen says.

In that vein, the group embarked on another project. It sought to encourage travel to remote areas of China where handicraft workers lived, with visitors staying in local homes.

Started in 2013, the project has attracted thousands of people to remote ethnic areas in Sichuan, Guizhou, Hunan and Yunnan provinces. The travelers are supposed to pay their hosts according to fair trade principles.

For their part, craftspeople hosting the travelers must be masters of their folk arts, speak Mandarin and be able to use modern communications tools.

“The trips are not exactly relaxing holidays because travelers have to endure some very challenging living conditions,” Chen says. “But the gain is all worth the pain.”

The trips aim to show the true meaning of fair trade beyond just being a form of charity. 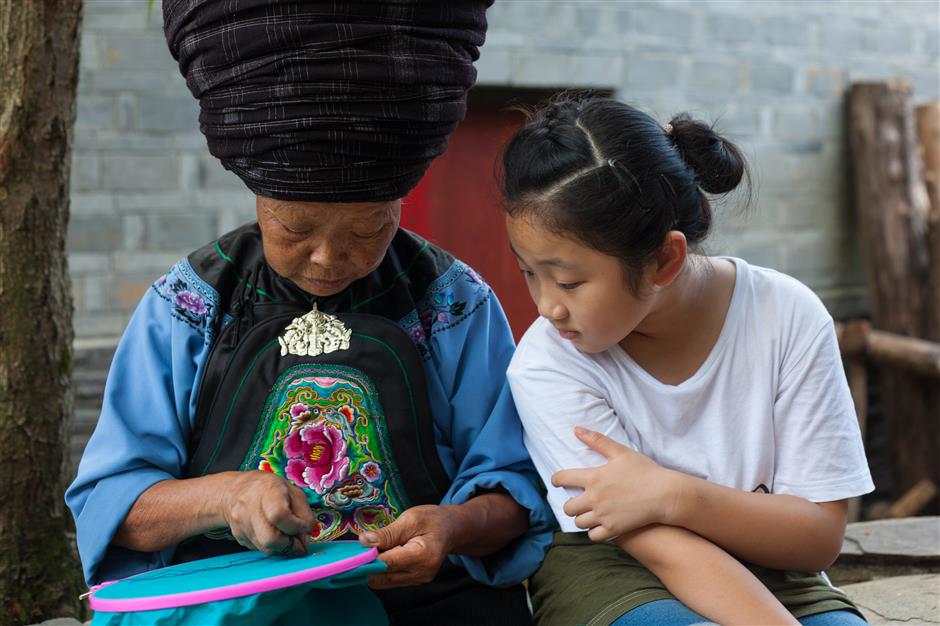 A city girl is amazed by the exquisite handicraft during a trip organized by iFair to rural China.

Li Hui was a volunteer team leader on one of the trips in 2016. In the small village of Baixing in southwestern China’s Guizhou Province, one of the travelers in the group bought a handmade, maple resin-dyed headband that cost her 400 yuan (US$63). The buyer reckoned it was a pretty high price for 1.2 square meters of cloth, but she said she decided to purchase it anyway to help out needy local people.

“I thought that was not right,” Li says. “Fair trade should be fair to both makers and buyers, or it is no different from a donation.”

After returning to Shanghai, Li discussed her concerns with iFair. Volunteers calculated the cost of the cloth and the time it took to make a headband. That process, including extracting maple resin, turning the resin into dye, sketching the pattern and making the headband, took a local artisan at least 10 days. If the local women went to nearby cities to work, they could earn a minimum wage of 80 yuan a day, which means price of a headband didn’t even begin to cover the cost of staying home to do handicrafts .

“The incident taught me a lot about the significance of fair trade,” Li says. “It is not about lending a hand to the vulnerable, but rather creating an environment where buyers understand the true cost of production so that people can trade with equality and respect.”

IFair now conducts training courses for volunteers that teach them how to do handicrafts and let them price their own works.

“When volunteers are put into the position of producers, their mode of thinking changes,” says Chen. “They take everything into consideration when pricing, including how much they would earn if they spent an equivalent amount of time at an outside job.”

Chen says she hopes more tourism companies and related institutions will join iFair to promote the travel project so that more destinations and routes can be developed and more people helped.

“The result of the project has thus far been satisfying,” Chen says. “Some of the hosts now can earn more than 100,000 yuan a year, which is extraordinary in their hometowns. And some of the craftspeople have been invited to big cities to give lessons or open up studios. We can see that fair trade is changing their lives.” 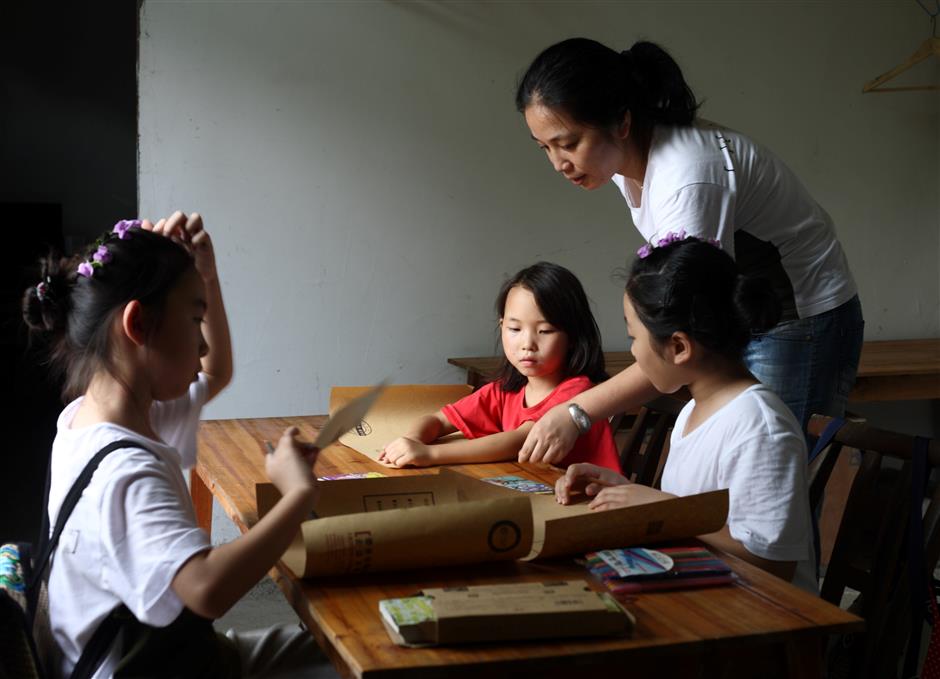 Chen Lecong explains the basics of fair trade to a group of schoolchildren.