Ju Yi, 28, is an owner of a company with more than 30 employees and more than 10 cats. Founded in 2015, the company features specialized services for cats and dogs. With a deep love for pets, this young man has expanded a brand-new pet market in China.

Born in a suburban town of Suzhou, Ju has always had an entrepreneurial dream since his childhood. At that time, there was a wholesale market opposite his home for small products. Ju’s mother told him: “If you don’t study hard, you could only have a booth in the market selling small things.”

But Ju didn’t think it a bad choice. When he was in college, he interned in a bank, which is his only work experience. “I just wanted to make sure that I really didn’t want to go to office.”

When it comes to choosing a career path after graduation, Ju didn’t really care about the market size or profits. “For me, entrepreneurship is an everlasting and lifelong process. If I choose a business that I’m not interested in, I wouldn’t be able to overcome all the difficulties,” he said.

So, instead of those popular fields, Ju chose pet industry, which is completely his interest.

Ju adopted his first cat in college and first dog in graduate school. According to him, pets nowadays are not only belongings, but more like companions for young people in China.

“More and more young people throng to first- and second-tier cities in China. They are busy at work and have less time to make friends. They need to tackle loneliness, and pets are the best solution.

“Imagine: When you return home late after overtime work, your dog runs to you with its nail shaking and expose its belly for you to stroke. If you experience it once, you won’t bear to lose it anymore,” Ju said. 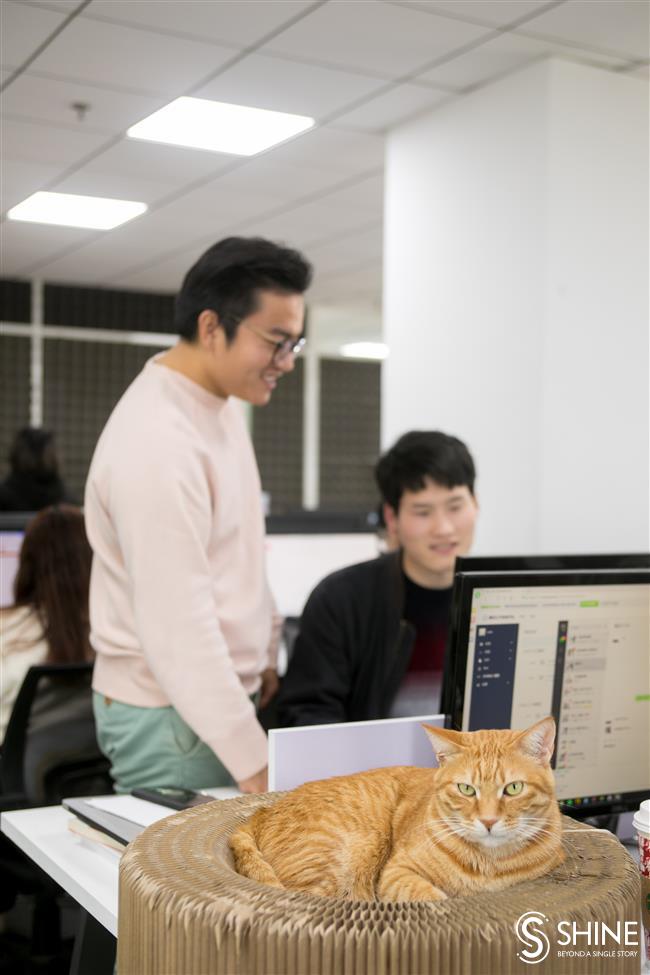 With the idea, Ju launched his company. He started from a WeChat account named “Yiquanyihua,” which provides information, tips and advice for dog owners. Through this account, Ju wanted to build a bridge between pets and their owners. But later, he found that their problems couldn’t be solved only by articles, so he decided to develop e-commerce.

“I think many girls can tell the differences among various brands of lipsticks, but very few pet owners know about the differences between animal protein and vegetable protein, and how it will affect their pets,” Ju noted. “Pet owners don’t have much access to these information, but we do, and I think this is our responsibility.”

So Ju launched their signature product Molly Box in 2017. It is a box containing cat food, snacks, toys and living goods. It is subscription-based: Customers pay a certain amount of money each month for a box, which is entirely customized for every pet according to the information provided by their owners.

“We hope to have an exclusive relation with our customers. When you buy a box, you receive not only goods, but also suggestions and recommendations. Actually, this kind of business model is very mature overseas. What we do is to bring it to China,” Ju said.

In the past three years, Ju managed to develop his company to a considerable scale. When talking about the past, he didn’t think there was many difficulties.

“When I returned to China, I joined in a football team formed by entrepreneurs. There were 22 members, but only three to four of them are still running their businesses now. Many didn’t make it through the tough times and went back to find a job. Compared with them, I think I’m really lucky,” Ju said. 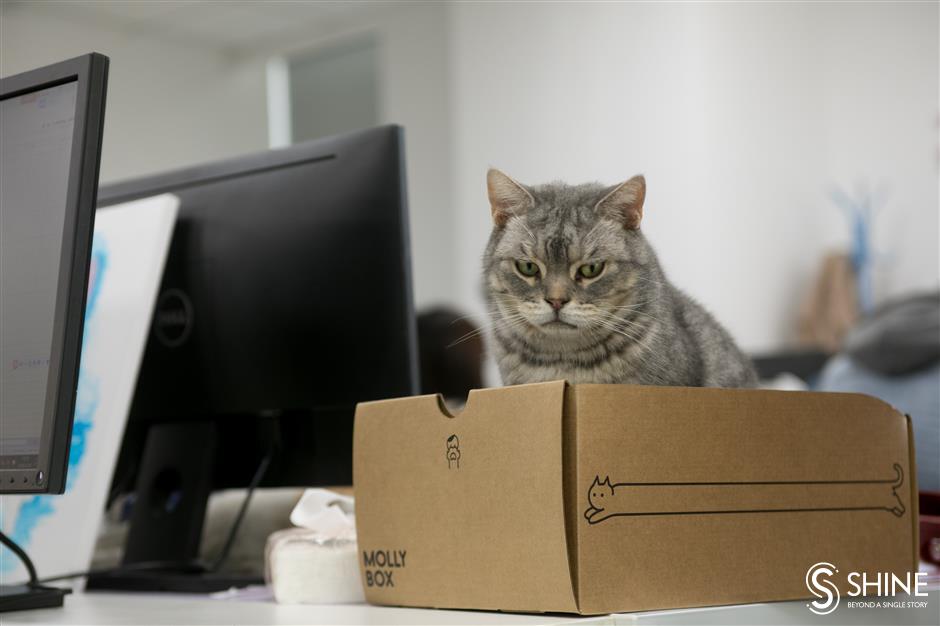 Ju has received support from Shanghai government — the “Young Eagle” project, which provided funds for young entrepreneurs. In 2015, Ju submitted his application and received 150,000 yuan (US$22,047) as his startup capital. For him, this really helped a lot.

“Shanghai is friendly to entrepreneurs. There are various foundations, which might not have known about us before, but are willing to give support. I really appreciate them,” Ju said.

Now, in Ju’s company, there are about 10 cats. All of them are adopted by Ju and his colleagues. Some of them were once stray cats, and others are adopted from friends and acquaintances. Those who want a cat can come and adopt one. The company is also a halfway house actually.

Cats have their own nests and houses in the company, but they still like to wander and lay among people in the daytime. Although they may drink people’s water or even break their glasses, employees here still love the working environment with these small creatures. Ju hopes that more and more offices can accept cats.

When talking about future, Ju had an serious thinking.

“In the following three to five years, we will still focus on pet industry. As the market is developing very fast, we don’t worry about profits. What we are really concerned about is whether our products meet the needs of pet owners. So we will pay more attention to making good products and understanding what our customers really want,” Ju said.