Thanks to her parents, Shi Ke, or Coco Shi, the mother of two boys, was able to continue her career as editor-in-chief for a fashion magazine in Shanghai.

Coco started work in the media in 2003 and the 40-year-old describes herself as a career-driven woman. “After I gave birth to my second boy and finished maternity leave, I came back to work without any hesitation,” Coco said. “That was in the Spring Festival in 2015 and our ayi was back home for the holiday. I took care of two infants at home for about 20 days, which exhausted me.”

Before 2016, a woman who had a second child could enjoy 98 days of maternity leave. Today, that has been extended and Shanghai allows such mothers 128 days. 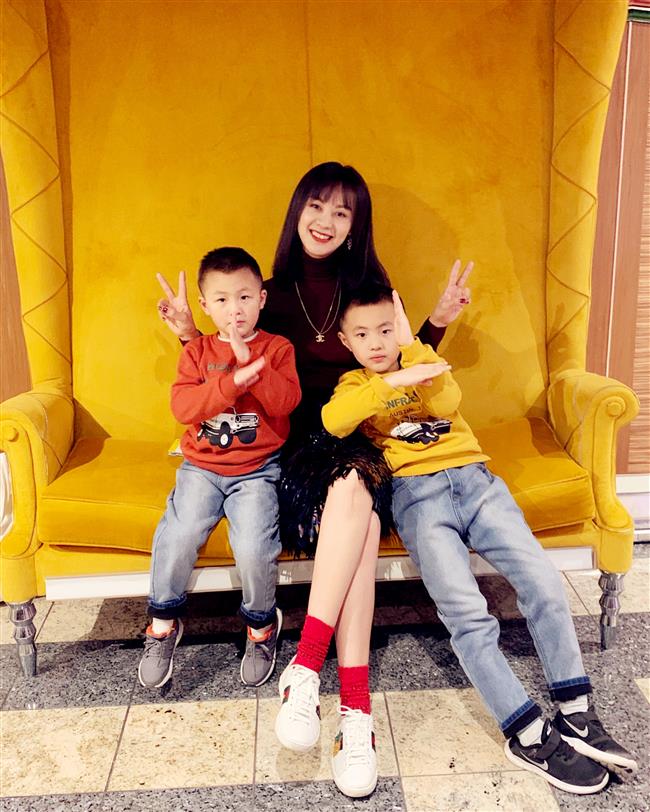 Coco with Hanghang (right) and Paopao traveling on a cruise ship

Before the brothers went to school, Hanghang was taken care of by Coco’s parents while Paopao lived with Frank’s parents. Coco and Frank worked during the week and usually took the brothers out for trips during the holidays.

“This mode lasted for more than three years. My parents and my husband’s parents worked so hard, and they all devoted too much for us.” Coco said.

Before the brothers returned home, Coco had a private exercise coach for almost a year. Now she takes vitamins daily to keep up her energy. “Raising kids needs much more energy than work.” she said.

The couple took their boys back home to live with them last August. At the same time, they invited Coco’s parents to stay. Now all six are living together. There is an ayi who cooks and does some housework for three hours a day. 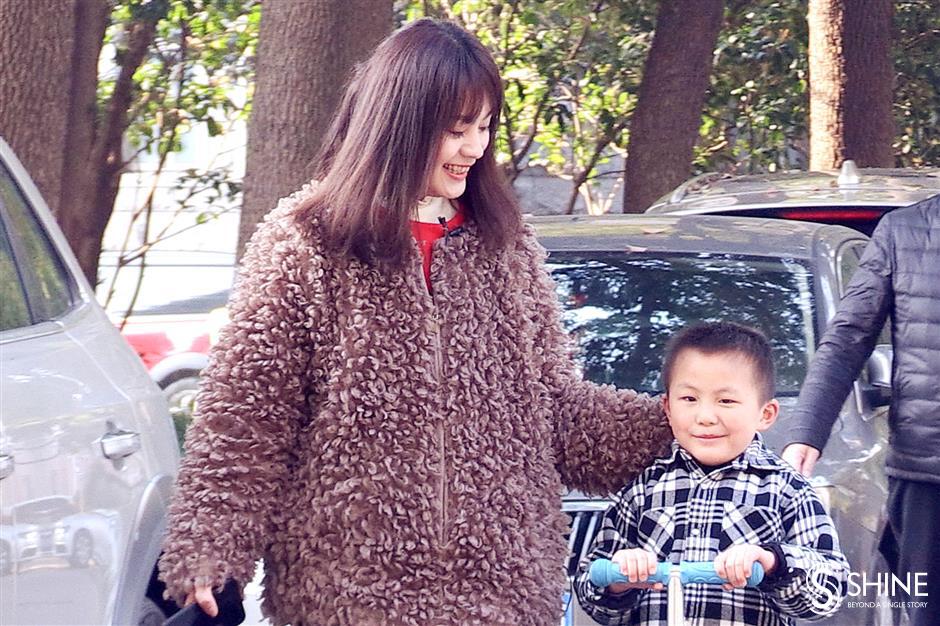 Coco walks with Paopao to kindergarten every day around 8am.

Every morning, Frank drives Hanghang to school around 7:20am then goes to work. He's often not home until 10pm. Coco walks with Paopao to kindergarten at 8am and then returns home for breakfast and to enjoy her own time for around an hour.

“I usually go to the office around 10am,” she said. “My job is pretty flexible," she said. "For example, I need to write ‘editor’s notes’ every month. Sometimes if I get inspiration, I can finish it at home and then go to the office. My boss knows my family circumstances and shows her consideration for me. Thanks to her, I seldom go on a business trip during weekends.

“I think for me as a mother of two, it’s impossible to balance work and life," she said. Coco said she spends all her spare time with her boys. But, counting it up, she is surprised it was so little. “Every day during the week I have only two hours for my elder son and four hours for the younger one, for Hanghang sleeps earlier. That’s awfully short. I think I need to cherish time with them. Children grow only once. ” 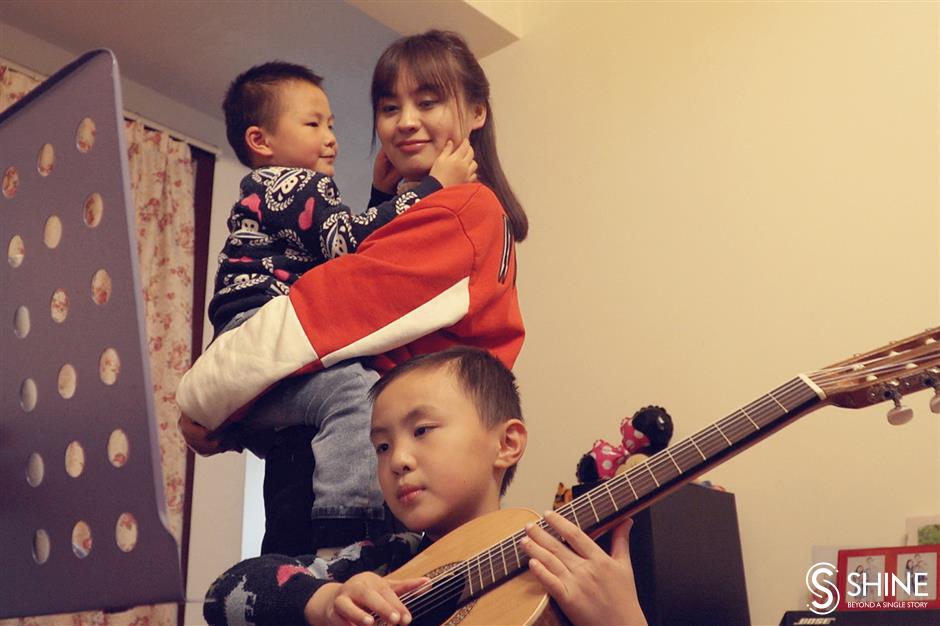 Holding Paopao in her arms, Coco watches as Hanghang practices his guitar.

Coco’s parents help pick the brothers up after school. They mainly take care of Hanghang while Coco spends more time with Paopao. Usually Coco is back home by 7pm. After dinner, she spends half an hour with Hanghang as he practices his oral English and guitar. Then she sends Hanghang to sleep with her parents at around 8:30pm and takes care of her younger son till 10pm.

By the time her husband gets home, both children are usually asleep. Coco said he is too busy to have time for the children. “I have passed the period of complaining. I know he has tried his best. At the same time, I have gained more, and I know more things about my kids. If they have difficulties, they will come to me for sure.”

“I have more feeling of fulfillment. Especially the moment when I come back home, my one boy would massage my back, the other comes to refill my bowl.

“Now I’m getting used to being a mother of two," she smiled. "I am now feeling that nothing difficult can beat me.” 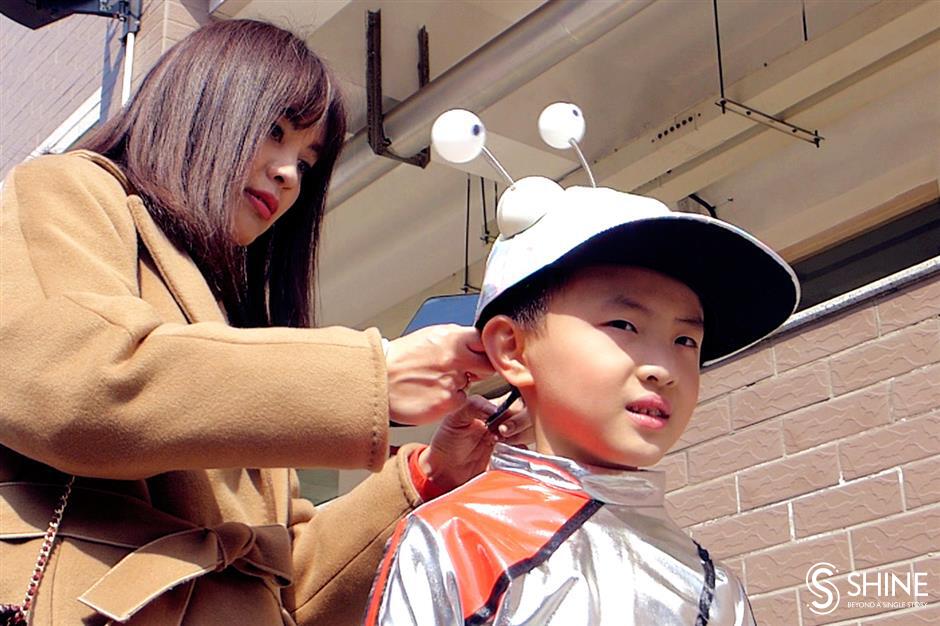 Coco helps Hanghang dress up as a robot on the day she took a half-day off work to watch her son's show at his school.

In late 2011, China began to allow couples who were both an only child themselves, to have two children. “My husband and I both had a lonely childhood, and we saw some news about parents losing their only child. So we decided to have a second baby.”

During her second pregnancy, she let her then 2-year-old hear the baby’s heart beating, and told him: “Mom will give birth to another baby, and that’s because I want to let the baby play with you.”

"Hanghang was interested in my belly and knew to protect it. But when he saw the newborn, that was another story," she said. “Hanghang had a strong hostility to the newcomer. Even now, there’s still a little.

“I remember once when a waste collector was passing by, Hanghang ran to the window and shouted ‘Here’s a younger brother. Do you want to collect?’

“He was serious, not kidding. He really wanted someone to collect his brother. That happened when Hanghang was around 4.”

Hanghang began to accept his younger brother when Paopao started to speak. Paopao adores Hanghang and often says something sweet to butter him up.

“Once some relatives teased Hanghang saying: ‘Since you don’t like Paopao, how about I take him away and raise him at my home?’ ‘No, the younger brother is mine, and you can never take him away.’ Hanghang replied.

“This was the first time Hanghang had such an attitude,” Coco said. “At that point, I knew he totally accepted his younger brother. ” Hanghang was 6 that year.

Coco has some wishes for the future: “I’m waiting for the day they have grown up and can take us out for trips.” Coco also wants her two boys to be "responsible, grateful and with a sense of justice.” 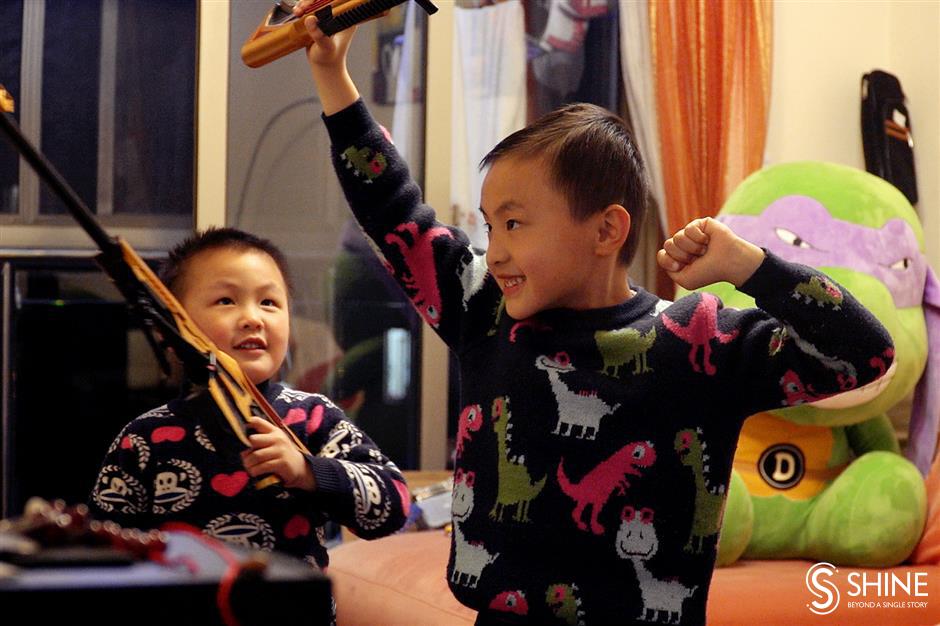 The brothers have fun playing with their toy guns.

Recently, China introduced tax cuts to encourage couples to have a second child. Coco thinks mothers of two have more realistic difficulties that need to be addressed.

“It’s really time for my parents to enjoy life and relax, especially my father who is already 70 years old. I hope the government will allow for the development of more after-school programs in the coming years,” Shi said. “Therefore, couples who both work will be able to raise children without help from their elderly parents.”