Beating the baby blues and knitting together

Four years ago, full-time mother Mao Wan fell into a sleepless and anxious condition, even becoming indifferent to her new-born son. Four years later, thanks to knitting and a baby girl, Mao Wan not only is a happy second-time mother full of self-confidence, but also the owner of an online shop on Taobao.com which sells woollen goods.

Every time Doudou, Mao’s elder son, comes back home, he will ask “where is my little sister?” and goes to see her. And whenever “Mango” cries, Doudou will say to Mao, “Mom, let me help you to hold her.”

“Mango, the nickname of my daughter, is given by my son,” the 31-year-old said. “Doudou loves eating mangoes.

“Mango” came into the world on the first day of 2019, three-and-a-half years after Doudou.

“I was always looking forward to a girl even in my first delivery, and here comes a girl,” said Mao.

She remembers the moment she knew she had a baby girl in the delivery room.

“I felt extremely happy and relaxed,” she said. “Having her, I felt so powerful that it seemed no difficulties could defeat me.” 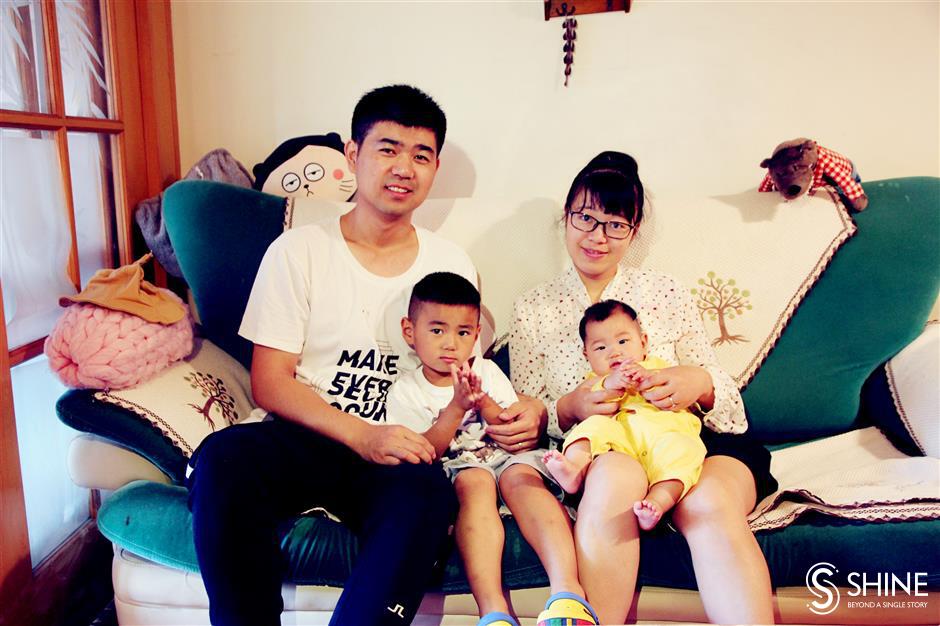 Reality did not match imagination

A graduate of Anhui Normal University, Mao was recommended by her classmate to work as an editor in an internet game company in Shanghai. She came here alone in August, 2012.

Two years later, Mao and Pei got married and started a new life in Shanghai together. But Mao could never imagine the dark period ahead of her.

“I spent all my time focused on the baby, I felt I was losing myself,” she said. “My mood was not stable. I became suspicious of everything. Everything was disagreeable to my eye. I was sleepless. I did not want to communicate with others.”

“Every day my parents-in-law cooked crucian carp soup or pig foot soup for me, and gave me millet congee with eggs, let me drink water plus red sugar which was they said was good for a new mother,” Mao said.

“I know they tried their best to treat me well, but I now know some wrong customs with no scientific basis made my condition worse.”

Mao remembered she struggled with blocked milk duct three times during the first month after the baby was born. The hospital became an often visited place.

Generally speaking, a new-born baby needs to be fed once every three hours.

“I thought my son was ugly, and he was crying all the time. I even did not want to have my eyes on him as if he had no relationship with me.”

This was the first time Mao had lived in Heze with her parents-in-law, while her husband was working in Shanghai.

“It did not match the ideal stay-at-home mother’s life plus a cute baby that was my imagination,” Mao said. “Later I realized I must have had postnatal depression.”

Mao never sought professional help but shared her desperation with other first-time mothers in a WeChat group about half year later.

One of them said her symptoms sounded like postnatal depression, a condition that can affect 10-15 percent of new mothers and is characterized by sadness, changes in sleeping and eating patterns, low energy, anxiety and irritability.

“Some of the mothers had also been there,” said Mao. “They told me to do something that I can master, something that brings out a sense of self-fulfillment.” 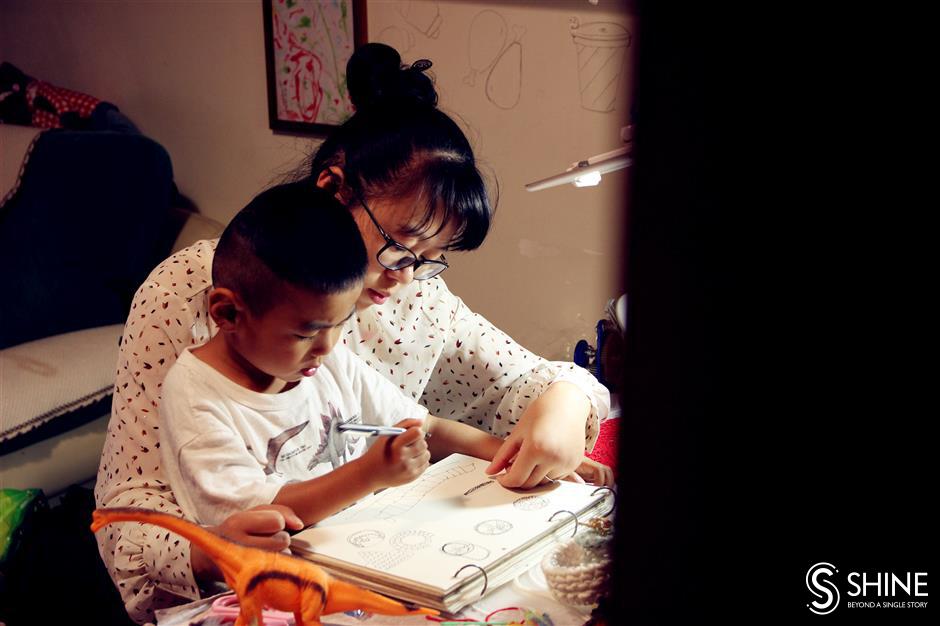 Mao had enjoyed knitting since she was a teenager, so she picked up the needles again.

She knit little things such as babys’ hats and shoes, learning from some tutorial videos online. And she started sharing her knit works with other mothers on WeChat and won praise.

“They said ‘You’re so great to make them’,” Mao said. “At that moment my confidence came back. After losing my job, I still could get things done.”

Now the couple are facing a new problem.

“Our biggest difficulty is to change our apartment to a bigger one,” said Mao. “But housing prices in Shanghai are high. There are also tuition fees for schooling.”

The Peis brought a 65-square-meter apartment in Minhang district which they think is too small for a family of four.

According to the annual report on social development of Shanghai 2019, financial pressure is the top reason why women decide not to have a second child.

The same report shows only 6.7 percent of Shanghainese married women had a second child, while 42.8 percent from out-of-town had welcomed their second child in Shanghai. 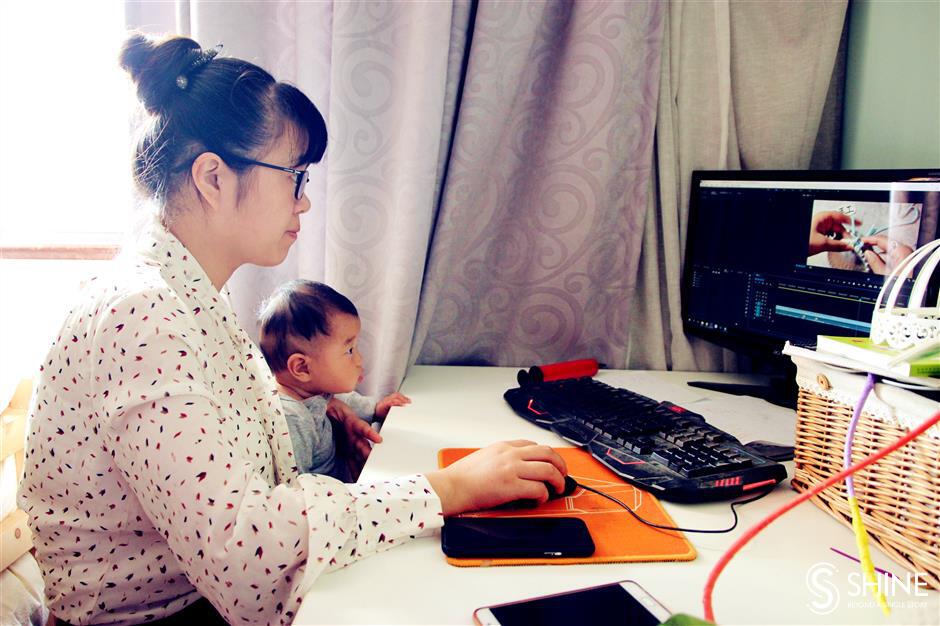 At her work desk at home, Mao shoots a tutorial video on an iPad.

Mao spends all her leisure time on knitting or dealing with the shop.

She said once she chose to answer her customer‘s online inquiry first when her son was calling her for help.

“If next time I face to the same situation, I guess I would do the same ... If not, I would lose the customer,” she said.

Recently, Mao is busying preparing a woollen knitting exhibition with her friends on Jinxiu Fun, a business street in Pudong New Area.

In one more week, Doudou will start his Kindergarten life in Shanghai.

Life in Shanghai goes on for Mao and her family. So do challenges.