Two generations on, how we've changed

The name Minhang first appeared in 1512, but the district as we know it today really began modern development after the founding of the People’s Republic of China in 1949.

Minhang was originally designed as one of Shanghai’s industrial satellite towns. Heavy industrial factories moved there and new workers’ residential quarters were built.

The approaching 70th anniversary of that founding gives us a pause to look back and reflect on the changes that have affected how people live. 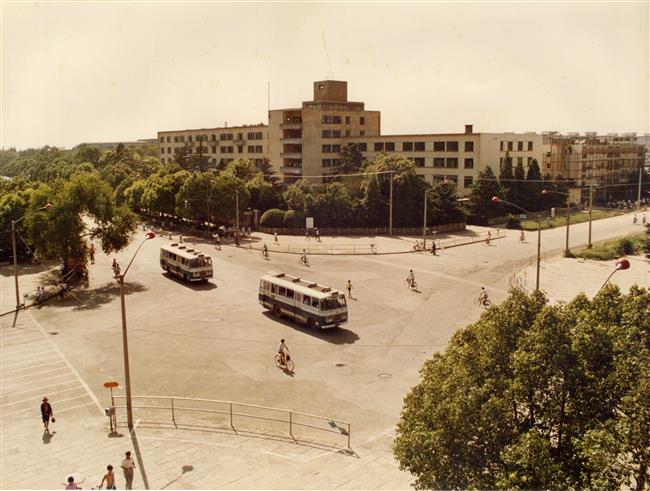 Minhang Hotel opened in 1959 at an intersection with the newly built No. 1 Street, becoming a landmark of Old Minhang at that time.

The early “main street” of Minhang is well remembered by elderly residents.

“On the south side of the street were a clothing company, a glass shop, tea shops and food markets,” said Hu Shuan, 86. “A hair salon, photo booths, a restaurant and book stores were on the other side.”

Hu clearly recalls the name and layout of each shop. The street provided almost all of the provisions needed by local factory workers as the area began industrializing. Prosperity followed.

It was built in 1959 to commemorate the 10th anniversary of New China.

“Men worked in factories and women were the mainstay of road construction,” said Hu.

“They volunteered and worked long hours to help expand the area from agriculture to industry.

The street was about half a kilometer long and twice as wide as Nanjing Road W. in downtown Shanghai at that time. Its construction was completed in 78 days, and 37 main buildings flanked its sides.

Hu worked at the Minhang Hotel, which is today’s Jinjiang Ducheng Hotel. One of his duties was to accompany visiting officials on tours of No. 1 Street and workers’ dormitories.

Today the street is called Jiangchuan Road. Its businesses have come and gone over time, changing hands many times. Greenery has been added to give the street a pleasant atmosphere 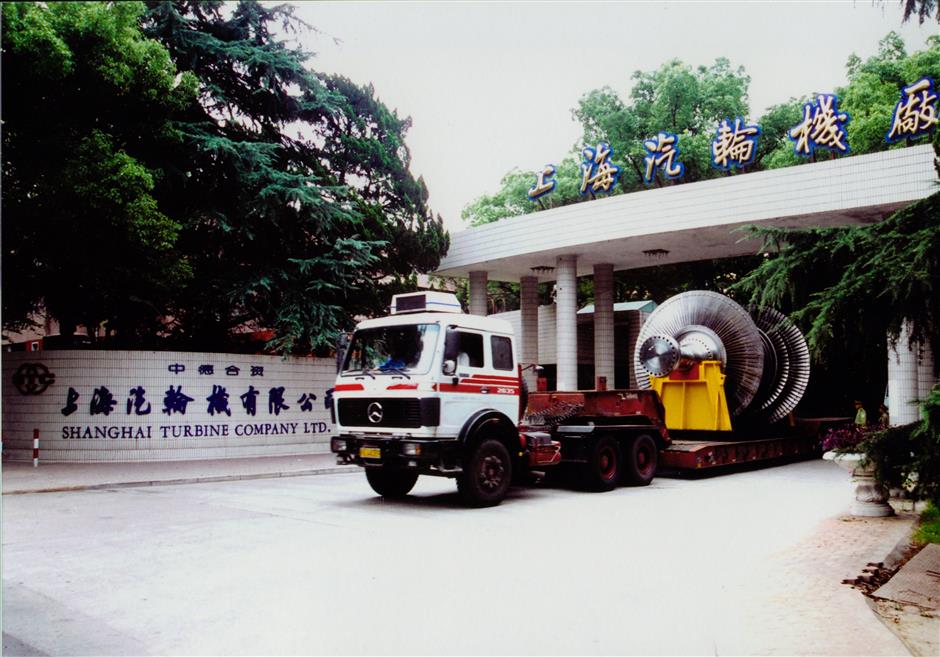 Mao Shanqi, 74, is a retiree from the Shanghai Electrical Machinery Plant.

When he moved to Minhang with his parents at age 10, he said he found himself in a completely rural setting and missed the bustle of downtown.

On weekends, factories organized coaches to transport workers back to urban Shanghai, where they could visit families and old friends. After the completion of No. 1 Street, many workers decided to bring their families to live in Minhang.

Back in those days, workers pointed with pride to their factory jobs and achievements such as the 12,000-kilowatt, double-water internal cooling system developed by the Shanghai Electrical Machinery Plant in just two months.

In 1935, philanthropist Lu Bohong founded this mental hospital, which was run by a church. Initially, there were only two nurses and doctors looking after 300 patients.

Care was divided into four levels reflecting the social status of patients. For those in the lowest tier, who couldn’t afford to pay for care, that meant being bound in a virtual prison. Still, the prevailing view at the time was that the hospital was a better option that leaving those people on the streets.

Puci Mercy Hospital was the last fortress for wounded soldiers in World War II. Ling Qirui, who worked at the hospital, saw many wounded soldiers during the battle against Japan. A medical squad was formed to bring the dead back from battlefields and bury them.

The site today is the Shanghai Mental Health Center. Since 2006, it has been affiliated to the School of Medicine at Shanghai Jiao Tong University.

The swimming pool was constructed in 1965. Every summer it serves as water recreation site for residents and is especially popular with children.

Now, decades later, there are hundreds of swimming facilities in the district.

Among the most popular watermelon varieties in Shanghai, the golden melon of Qibao Town is most treasured by local residents. Its sweet aroma tempts people passing by fruit shops.

Before air conditioning or even refrigerators were commonplace, farmers would store the melons in deep wells to keep them cooled.

As urbanization crawled through agricultural lands, melon cultivation shrank, almost obliterating the golden melon. It was saved by policies to revitalize farming areas, and modern research has improved the variety so that it is even sweeter than before. 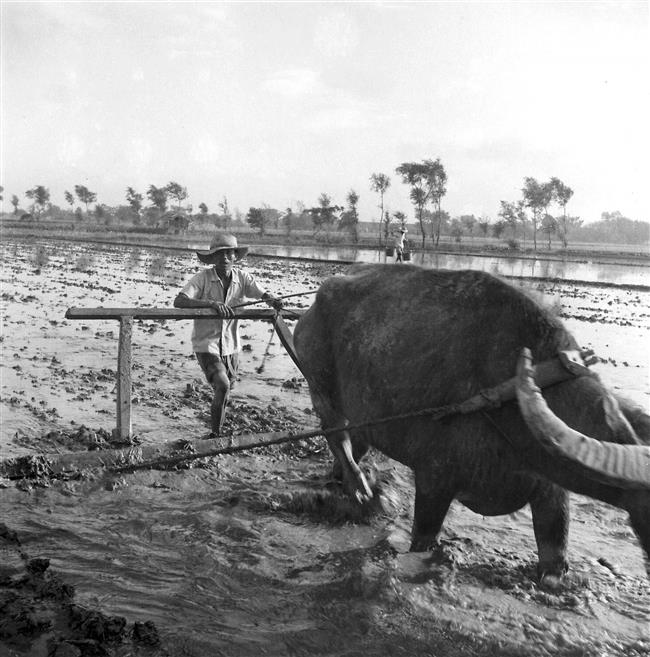 China’s reform and opening-up policies that began in the late 1970s ushered in a new era.

Office workers nowadays like to take their children to the countryside to spend tranquil weekends on the land. Pujiang and Maqiao towns, in particular, have developed rural ecotourism.

People born in the 1980s hold happy childhood memories of climbing trees, catching butterflies and swimming in rivers. No iPads or Xboxes were there to divert them from healthy outdoor activities.

Today, children have little time for such activities. Most of their spare time is filled with homework, tutoring and online games.

In the past, outdoor films brought people together. They would bring chairs, food and drinks to plaza areas where movies were screened.

Though TV viewing has largely become the most popular entertainment format, films are still screened in some areas during the summertime, keeping alive that old social tradition in neighborhoods 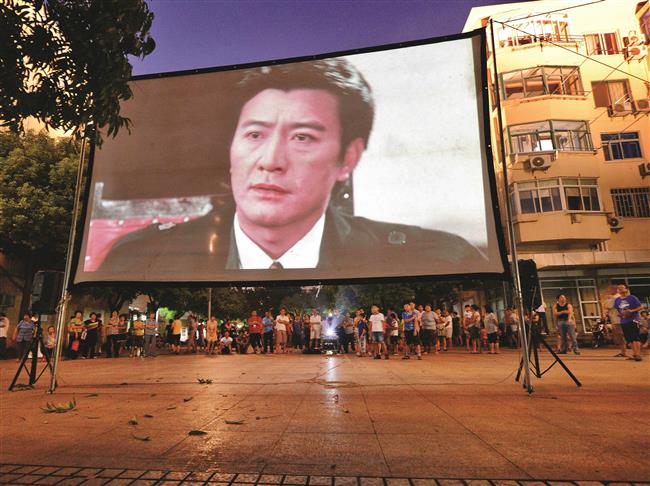 An outdoor movie screened in 2007 in Maqiao Town

Special Reports
ADVERTISEMENT
61766
,
Guide for overseas Chinese students during COVID-19 pandemic
A cemetery that celebrates life and death
Nile threatened by waste, warming, dam
Enchanting abode in idyllic tranquility
Connecting nature, culture and people with design
Fancy footwork: An embroiderer finds her niche
How overseas Shanghainese go through outbreak
Counseling eases psychological toll of outbreak
'Support troops' guard the doors to the city
A guardian of the light ... and of hope for Wuhan
EXPLORE SHINE