Gao Jialing, who was born 2003, dreams of flying – with his feet firmly on the ground.

Last year he was the youngest entrant to win a prize at the DJI-SkyPixel aerial photographys and video competition, taking third place.

Better known by his screen name La Solitude, the high school student fell in love with aerial photography when he was in the eighth grade, after getting a Parrot Bebop drone from a friend.

He now gives talks for DJI, the world leader in unmanned aerial vehicle technology, sharing his experiences of photography and video-making using drones.

“Some of the audiences are in their 50s and 60s, and most of my photography friends are in their 20s, but I wasn’t nervous at all because I was just share with them what I love and do all the time,” he told Shanghai Daily in its 40th-floor office.

At times during the interview, Gao was distracted by the view out the windows, leading him to comment on the ideal weather and angle for aerial photography.

It’s hard to remember that he is only 16 years old.

Gao spends most weekends and holidays looking at the city from a bird’s-eye view. His favorite observation spot? Le Royal Meridien Shanghai.

“The background you see on evening news on TV every night is shot from that angle,” he explained. “It’s where you can frame in parts of the Bund, the Lujiazui financial district and the ‘top three’ – Shanghai Tower, the Shanghai World Financial Center and Shanghai Jinmao Tower. It integrates some of the best landmarks of the city’s culture.” 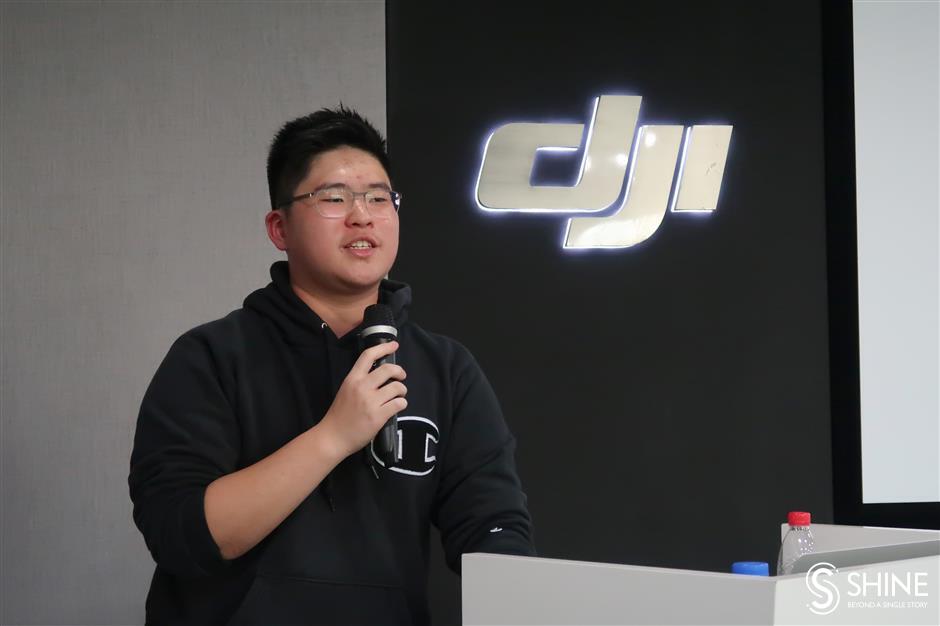 Gao Jialing shares his experiences filming with a drone during a lecture for enthusiasts. 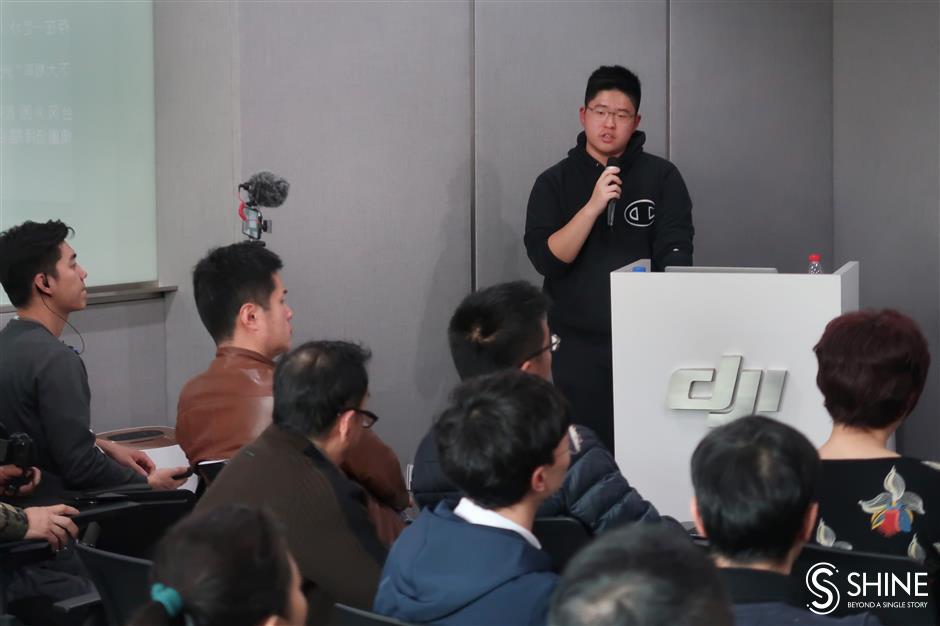 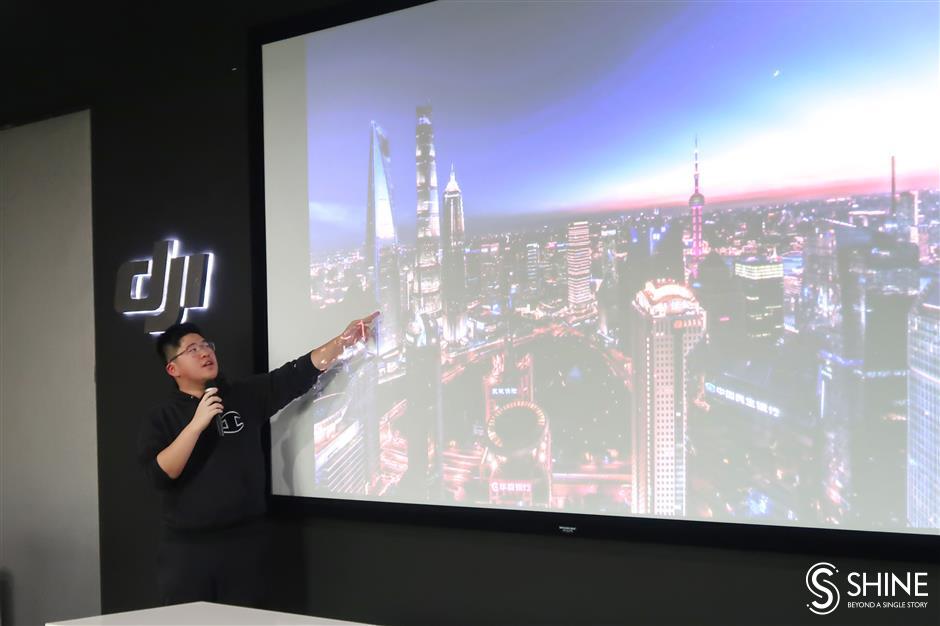 He loves the night scene of “the city that never sleeps,” which is also the theme of his award-winning short video “Piercing,” or literally “piercing through the darkness.”

For that video he edited footage shot while interning with the professional crew Up when it worked on the official promotion video for the first China International Import Expo last year.

It was not only a rare opportunity to learn from professionals but also provided permission to shoot from cruises on the Huangpu River, enabling Gao to best capture flashing city lights.

Gao said he was most impressed by how the photographers on the team collaborated with each other. But he also wanted to blend in his personal style for a different version, with all his own footage – hence, “Piercing,” with its more fast-paced dashing editing and Style Instagram effects.

“Style Instagram initially appeared in many videos of Tokyo and New York, capturing the post-modern, futuristic ambience of those metropolises,” he explained.

“But Shanghai has developed so quickly that it is getting very close to such cosmopolitan cities. In many aspects, it is even better. It really fits such a style.”