Residents in Hangzhou with badly clogged toilets would turn to 69-year-old retired plumber Qi Baoxing without hesitation. Qi and volunteers organized by him have been devoted to unclogging pipes free of charge for over 30 years.

Qi, a retired worker from the Hangzhou Xiacheng District Public Sanitation Bureau, started his volunteer service in the late 1980s. Once he receives a call, he immediately loads his tools onto his bicycle and rushes to offer assistance.

After 30 years of development, Qi’s team has expanded from only five people to 182 core members, becoming the largest organization of its kind in Hangzhou.

“I’m suffering from a hernia due to so much bending, so now I can only do some cushy work,” Qi said. “But I’m so glad that more and more young people are coming to join us.” 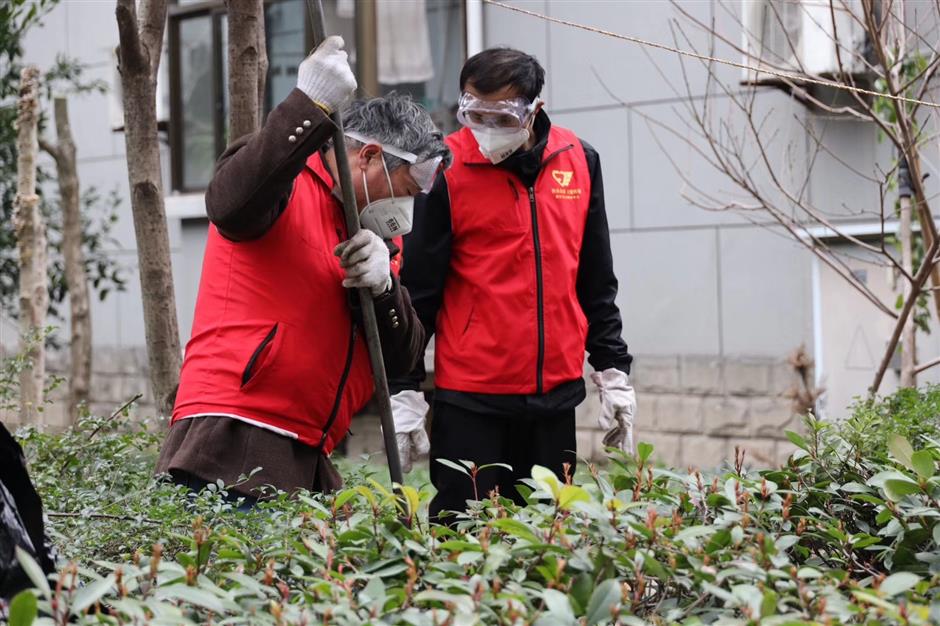 Qi Baoxing (left) at work unclogging pipes with a teammate

Qi Yueping, Qi’s son, began to take charge of the organization in 2012. In search of young volunteers and sustainable development for the group, he has initiated a series of measures.

“Unlike other voluntary work, people always get dirty with pipes and toilets cleaning. Meanwhile, it requires a large quantity of money to cover expenditures all year around,” said Qi Yueping.

“My father used to spend his own income to cover the expenditure of the service. That cannot continue if he wants to hand down the organization.”

In 2012, the young Qi started to cooperate with local environmental companies. So far, around 30 companies have signed contracts with him. They have dispatched workers to the organization to provide volunteer services and in return have built a great reputation among citizens.

“When restaurants, hotels and shopping malls look for pipe services, we are the first that they comes to their minds,” Qi Yueping told Shanghai Daily. “We make profits from commercial services to cover the cost of voluntary services. That is our model.”

By virtue of this innovative commercial model, the organization was awarded one of the top 10 promising startup projects in Jianggan District in 2014.

Today, about 800 people have registered as volunteers. 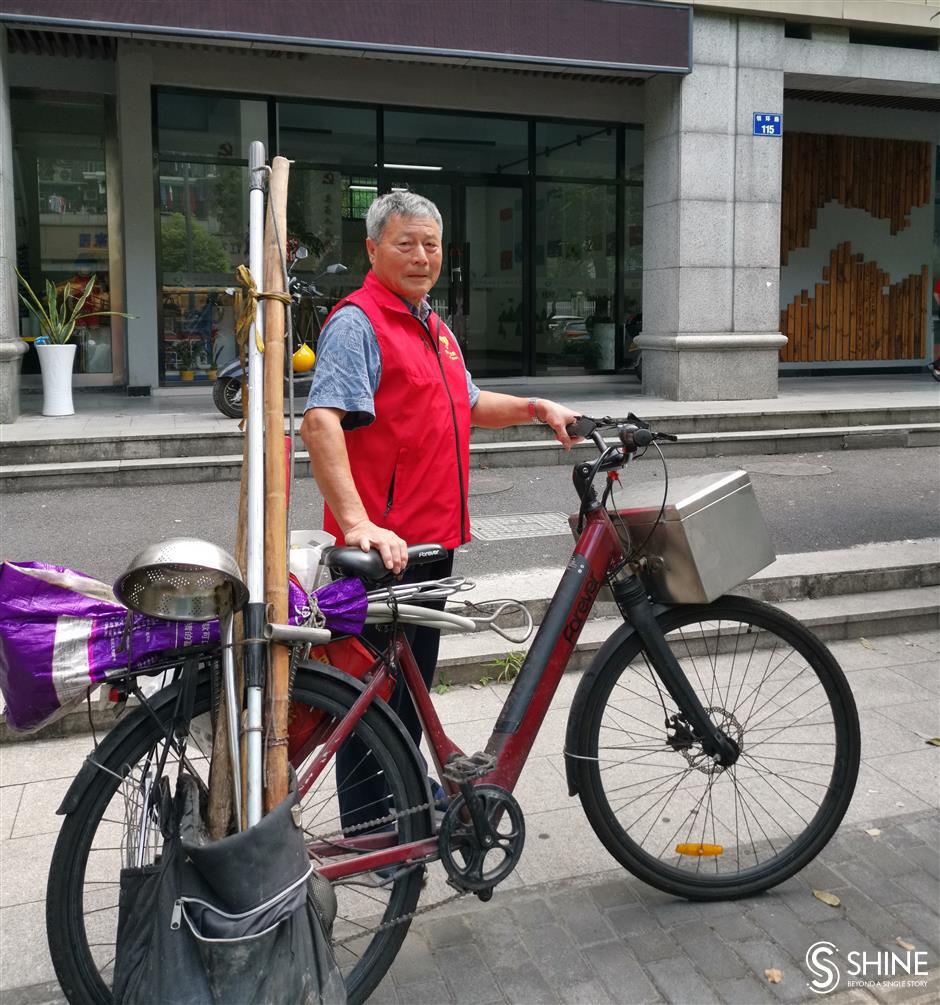 Once Qi Baoxing receives a message asking for help, he loads his tools on a bicycle and rushes to assist.

When the COVID-19 swept the country in January and February, the organization helped disinfect residential communities and public facilities in Sijiqing Subdistrict and gave away free disinfectants to citizens.

With many migrants unable to return to service jobs in Hangzhou during this period, jammed plumbing systems started to become a problem across the city.

Qi Baoxing organized volunteers to instruct people how to unclog toilets and pipes via social media, cutting down face-to-face infection risk and even sent free parts and tools by delivery.

Meanwhile, he organized professional volunteers to give free haircuts to more than 2,000 seniors and medics during the outbreak period.

The organization even donated 1,000 pairs of protective goggles to a hospital in Hubei Province, the former epicenter of the COVID-19 outbreak.

In February, Qi Baoxing donated 100,000 yuan (US$14,255) to the Jianggan District Charity Federation to help fight the pandemic.

“I would feel guilty if I didn’t do something to help the medical workers,” he told Shanghai Daily.

“In 2003, I voluntarily helped local authorities to disinfect and collect trash in communities during the SARS outbreak. That experience made me realize that epidemic prevention requires a large number of labor force and material resources. I hope to do a bit to help others.” 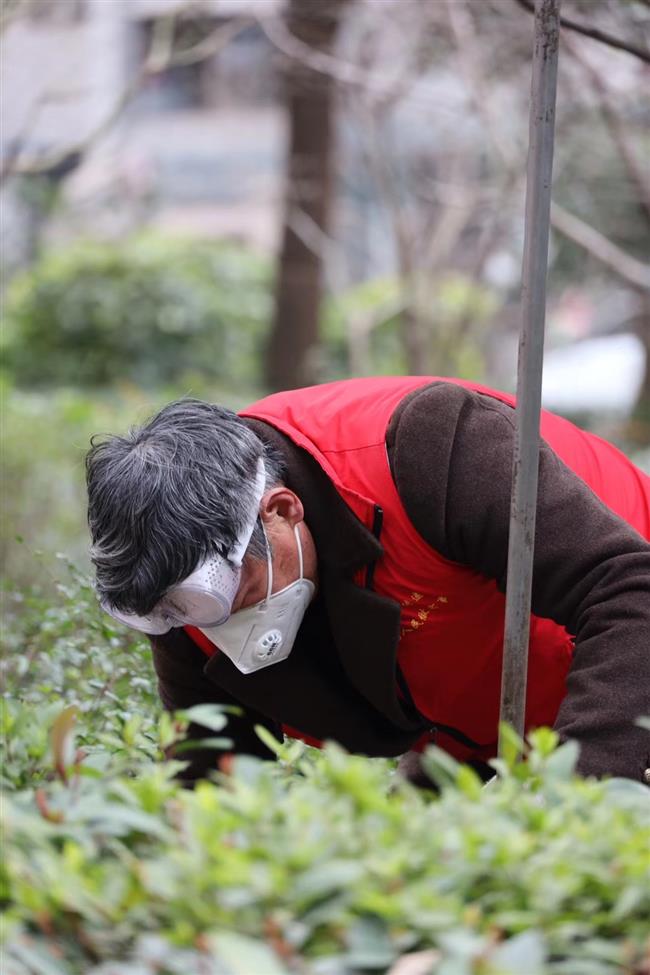 Qi Baoxing unclogs a pipe in a real estate.

To show gratitude and respect to medical workers for their contributions, the organization is now giving free home appliance cleaning to medics who were once dispatched to Hubei Province.

To honor his great devotion to COVID-19 prevention, the Chinese government named him one of “National Top 100 Volunteers in Pandemic Prevention.” He is the only one who received such prize in Hangzhou.