When Huang Xinwen moved to Shanghai from Taiwan with her family in 2005, she had no idea she’d end up continuing her life-education career, signing up thousands of mothers to read stories to children over the next 15 years.

When Huang and her family left Taiwan, she insisted on bringing all her children’s picture books with her, because she knew her husband’s work transfer would likely keep them in Shanghai for many years.

“I had a rough idea about starting a casual story-telling saloon after I settled down here,” Huang said. “The hundreds of books I brought with me were so heavy that my husband teasingly complained about it.”

Soon after arriving, Huang received a booklet from Zhang Guixiang, the deputy principle of Shanghai Xinhongqiao primary school, the local public school her son attended. The booklet was a guideline on life education for elementary and secondary schools issued by the Shanghai Education Commission. Huang realized she had found her calling in Shanghai. 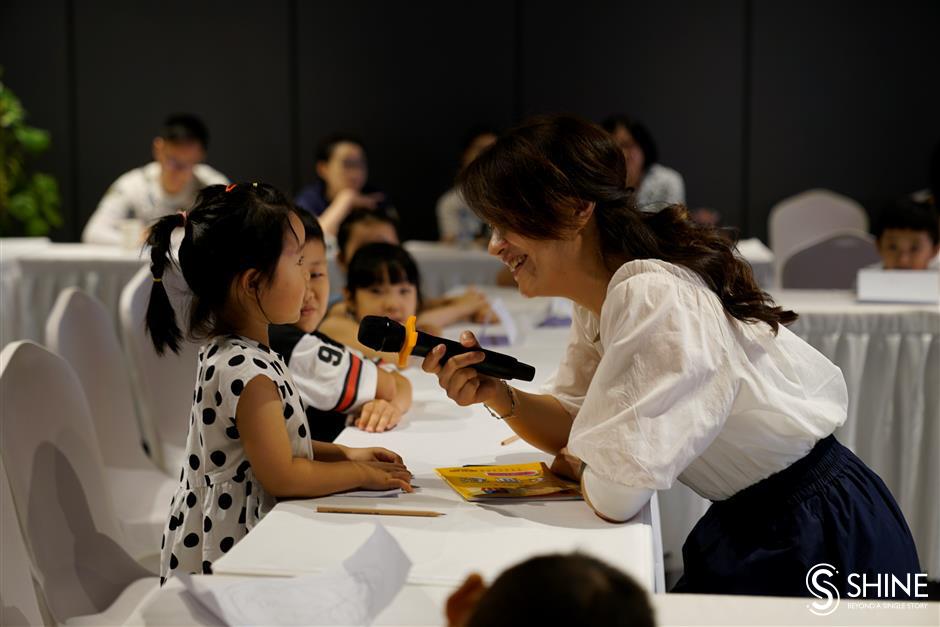 Huang Xinwen at a “Story Mommy” event in Shanghai

In the early 1990s, many Taiwanese children experienced serious problems, including truancy, running away from home, school violence, depression, suicide and even murder. Educators determined one of the root causes was the emphasis Taiwan placed on grades and test scores at the expense of children’s mental health.

In 1998 — not long after Huang gave birth to her son and became a full-time mother — Taiwan issued guidelines on life education. In her quest to be the best mother possible, she signed up to volunteer for a life education association, reading picture-book stories to children at schools, as well as helping develop a story-telling class for adults rooted in life education.

“We use picture books because they help kids understand the world using simple words,” Huang said.

Zhang invited Huang to teach a trial story-telling class, which quickly became popular with students, beloved by parents and served as a model for life education in Shanghai. 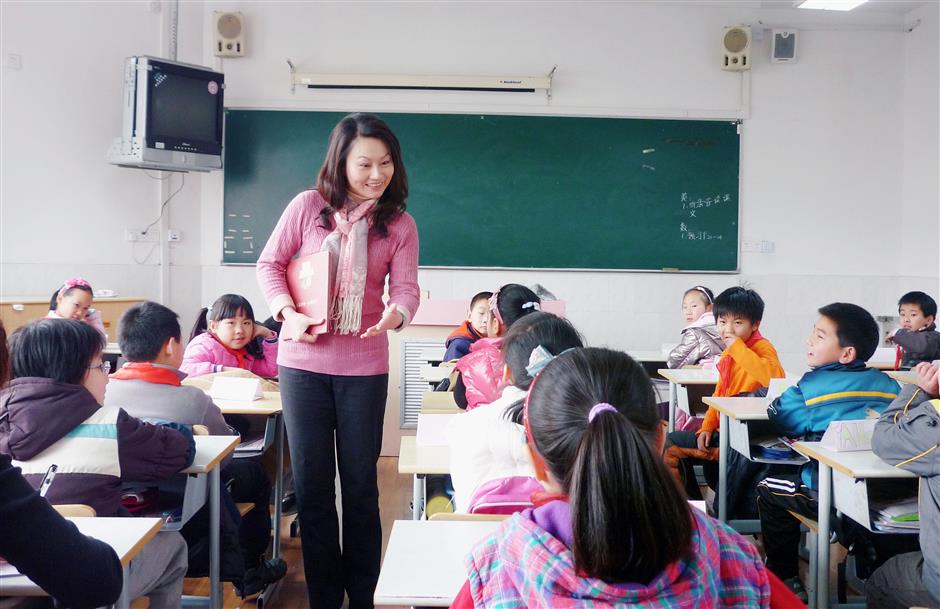 Huang Xinwen holds a story-telling class a decade ago.

Before long, Huang began training parents interested in volunteering for the class, using her life education experience in Taiwan to guide them on how to select good stories, child development and interacting with children.

“The way we tell stories is different from Chinese language teachers,” she said. “Through stories, we try to guide kids to create a sense of worth and a mode of thinking for themselves. We ask open questions to let them have a sense of themselves and others. We welcome and praise every answer, because there are no wrong answers. In this way, we help children form their own opinions.”

To meet the growing demand for story-telling classes, Huang created “Story Mommy” in 2007 where she trains volunteers. Her curriculum consists of 80 stories culled from thousands of different picture books.

Through stories, we try to guide kids to create a sense of worth and a mode of thinking for themselves.

“There are four themes in our life education class: self, others, environment and life,” she said. “We start with self because many kids are taught to think only of others and not themselves.”

What’s more, Huang thinks many parents spend too much time comparing their children to others.

Once, after reading a story called “I like me,” she asked students in the first-grade class if they liked themselves. Much to her surprise, more than half of the 30-student class shook their heads, thinking they were not good enough to be loved.

“If kids don’t like themselves, they’re more likely to grow morose and commit suicide,” said Huang. “That’s why we need life education. In 2000, I was the first person to read picture book stories to kids in the Taipei Public Library, and I was the first one to do so in the Shanghai community library as well. I went to Shanghai Pudong Library to tell stories when its new pavilion opened in 2010. Story Mommy has continued to tell stories there once a week for the past 10 years.”

Now the first batch of students who listened to Story Mommy stories has grown up and graduated from universities. Huang has become famous, dubbed “Mommy Xinwen” by kids and their parents.

“Story Mommy helped me develop a new way of deep thinking, which helps my studies a lot,” said Yang Mengyao, a high school student, whose mother is a volunteer with the program in Shanghai. 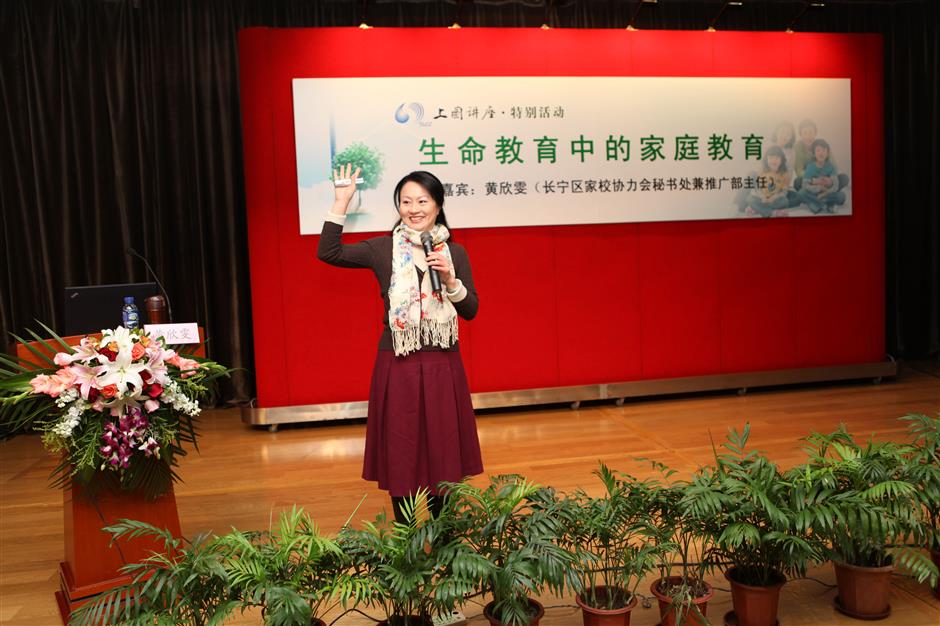 Huang Xinwen delivers a speech in Shanghai Library a decade ago.

The program now has classes in 50 schools in Shanghai, as well as in neighboring cities of Kunshan, Wuxi, Ningbo and Hangzhou. It has trained more than 10,000 Story Mommies, including one story daddy Liu Guoan.

Liu joined “Story Mommy” at his daughter Qiqi’s school 10 years ago and continued after she graduated from the school. Asked by her secondary school teacher how he raised such a wonderful girl, he mentioned “Story Mommy” and he wasn’t kidding. He still reads stories to kids twice a month at Shanghai Children’s Home.

“I became a story daddy for Qiqi, but I think it is me who’s benefitted most instead,” he said. “I began to think carefully about what makes a meaningful life and how to help more people.”

He ended up quitting his job and embarked on a career in self-driving cars, which have interested him for years.

Huang thinks Story Mommy not only changed her personality from a shy full-time mother into a sociable life education leader, but it has also enabled her to become more relaxed and confident.

“Let your kids love reading and books will guide them the right way,” she said. “I learn a lot from being a story mommy. I consider it a treasure and want to share that treasure with more parents and children.” 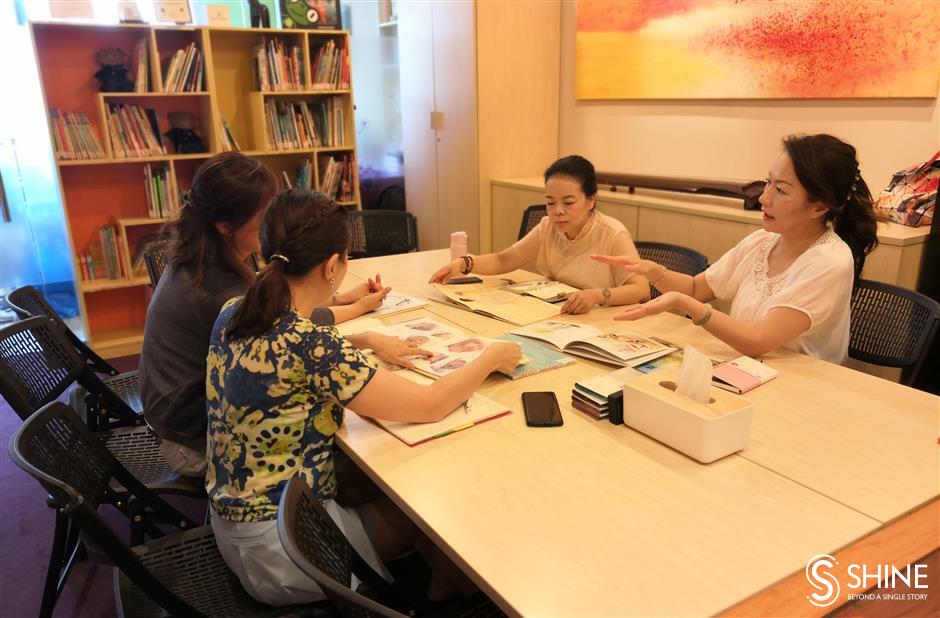 Q: Can you share your view on the difference between life education in Taiwan and Shanghai?

A: I worked in Taiwan’s life education field from 1998 to 2005 and feel we did a good job. Many experts there have conducted research on every dimension of life, from birth to death – toddler, adolescence, adulthood, grade school, high school, college, post-college, marriage, child rearing, empty nest and death. Life education is provided for different aspects of a person’s life, such as choosing an occupation, pre-marital counseling, family life and parent/child education. In Shanghai, life education consists of only palliative care and death.

Q: In the past fifteen years, have you witnessed any changes or progress in life education as it exists in Shanghai? 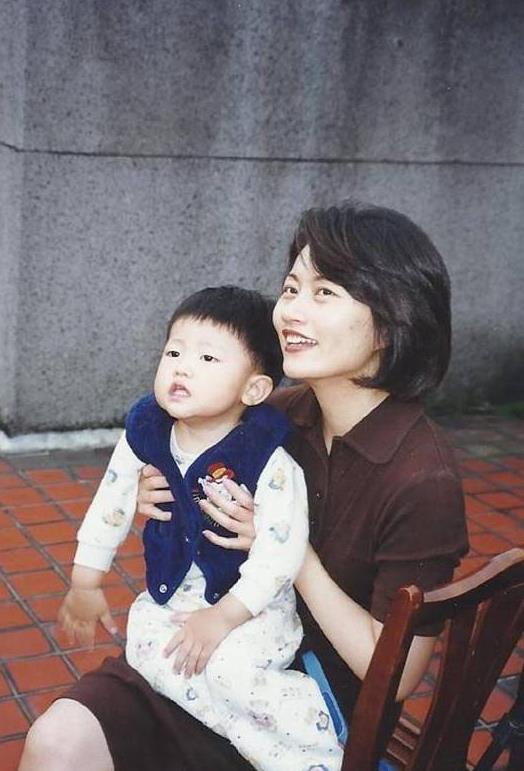 Q: What’s your most lasting memory?

A: I decided to give myself a gift three years ago when I turned 50 — a solo road trip around Taiwan.

Starting from Taoyuan County, then to Taichung, Kaohsiung, and Hualien. Finally, I drove back to Taipei after eight days. I enjoyed the trip, going to unfamiliar places without being disturbed, which helped me start the second half of my life.

The lasting memory is this: I told my 20-year-old son about my decision to take the trip, and he replied "cool." Then he decided to learn to drive and took a trip around Taiwan with his friends.

Life education is a never-ending journey that cultivates wisdom. Your character and actions will influence your kids unconsciously.

A: This semester, we have about 1,500 active volunteers. About 50 schools have story-telling classes, most of which are private and international schools — like Shanghai World Foreign Language Primary School and Shanghai Experimental School. Obviously, this limits our outreach to students from mostly upper-middle-class families. I would like to expand our outreach to a larger socioeconomic sphere and provide opportunities for everyone who could benefit from life education.