I recently came across a Chinese song on Weibo that instantly stood out: It was sung by a blond-haired, blue-eyed Australian who goes by the name of Hazza. It’s not very common to come across foreigners living in China who fully embrace local language and culture, so I just had to track him down and have a chat.

Hazza’s new song “I Was Wrong”

Q: Tell us a bit about yourself.

A: My name is Harry Harding, but everyone calls me Hazza, and I am a radio and television host at Guangdong Radio and Television in Guangzhou. I also do a little bit of singing here and there too. I’m from Brisbane, Australia, and instead of telling people I just turned 30 this year, I prefer to say I’m a ‘90s kid.

Q: When did you come to China and why?

A: I first came to China in 2004 on a school trip. We went to Beijing for seven days and did all of the touristy things, including climbing the Great Wall and visiting the Forbidden City. I visited China a number of times since then, including on trips with my family, and a couple of trips alone to visit high-school classmates from China in their hometowns over the school holidays, and then a couple of months at Zhejiang University on an exchange trip during university. Then I finally made the move to China in 2011.

Q: That’s a long time! How do your parents feel about you being away?

A: For the first few years that I was here, I think my parents were hoping that I would eventually make it back to Australia, but now after nearly 10 years, I think they have made peace with the fact that I’m probably here for the long haul. I know they miss me a lot, as I do them, but they are also happy for me that I am enjoying my life here and get to work in a position that I very much enjoy.

Q: Where do you live and what do you do?

A: I live in Zhujiang New Town, Tianhe District, in Guangzhou. I work as a radio and television presenter for GRT (Guangdong Radio and Television). My main role is as a news presenter and anchor for the English radio and television arms of GRT, but I also host a couple of talk shows and produce short videos for social media. I also participate in Chinese-language programming for different channels at GRT, which is always a fun but challenging experience. Over the years, I’ve also released a couple of Mandarin pop songs, so I guess I am kind of a singer too, though mostly in the shower. 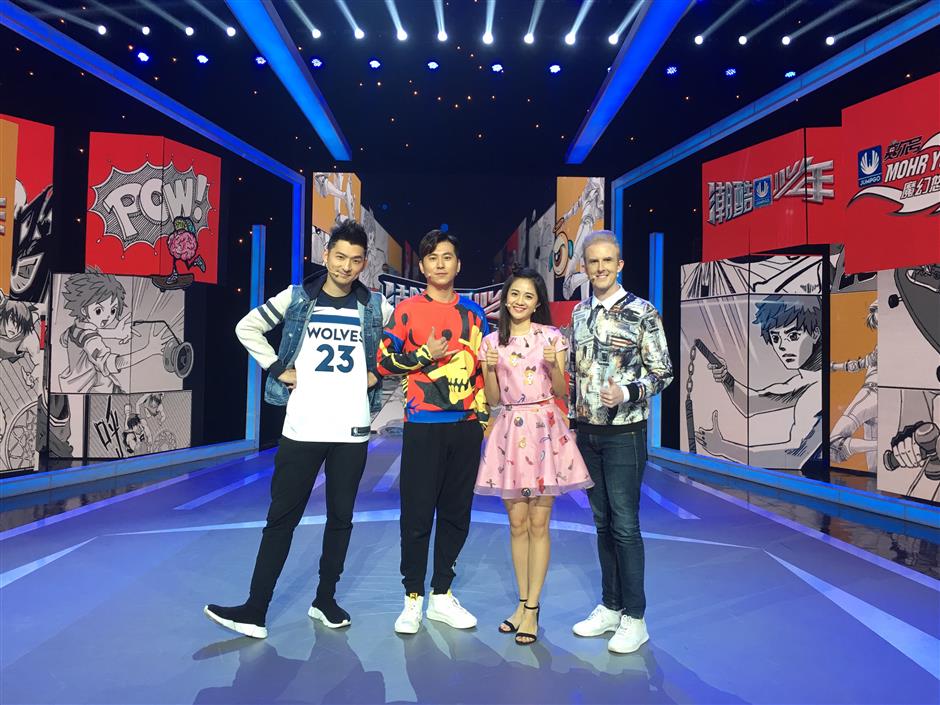 Q: When did you start singing Chinese songs?

A: I have basically been singing Chinese songs since I was at university in Australia studying Chinese. I was never really that great at memorizing vocabulary, but for some reason memorizing lyrics came more naturally to me, and in the process, I was able to learn the vocab I needed to pass exams. After one of my Chinese friends suggested that I post covers online after a late-night karaoke session in Sunnybank, Brisbane, I began to post covers on Chinese video sharing websites. Surprisingly, they actually did pretty well, and eventually, I started producing my own original songs. So far, I have only released four singles, though, with quite long gaps in between releases.

Q: Your new song attracted lots of listens and even made it onto some music charts. What was that like, and how does it feel when people enjoy your art?

A: The new song, “I Was Wrong,” has actually done pretty well. So far, it has had around a million plays on Weibo, and around 200,000 plays on Facebook. So far, the song has made it onto two music charts, which has been really exciting and humbling at the same time. In this digital age, everyone likes to talk about numbers, and clicks, and likes, but all I really hope for is that as many people as possible can get a chance to hear the song and that maybe, a few people back home won’t think learning about Chinese culture is that daunting or intimidating after they see a fellow Aussie singing in Chinese.

Q: Nice! So, how does singing in Chinese make you feel?

A: Singing in Chinese, for me, is fairly symbolic because I hope it manages to show my appreciation for the culture here, and also because I work with Chinese people on producing the songs, I think it stands as a testament to the fact that Chinese people and foreigners can come together and be creative and actually combine different elements to produce something worthwhile.

Q: I heard you performed in Shanghai recently! What was that for?

A: I went to Shanghai to produce a video for Huawei about how the company had installed 5G technology at the Hongqiao Railway Station, making it China’s first train station to be fully covered by a 5G network. It was great to get an inside look at some of the incredible technology coming out of China, as well as just the efficiency of such a massive train station. But also, it was good just to connect up to the 5G network and download all of the television shows and movies to my iPad that I had been planning on watching for a while in a matter of minutes — that’s how fast 5G is. It was also great to be able to catch up with friends that I have in Shanghai, and just to have a change of scenery. Although Guangzhou is still my favorite city in China, Shanghai comes in at a very close second.