Art of alleviating pain in final days of cancer

“To cure sometimes, to relieve often, to comfort always” is a famous inscription on the gravestone of American doctor Edward Livingston Trudeau.

That mantra has been adopted by many doctors around the world, including Shanghainese doctor Cheng Wenwu, director of the Department of Integrated Therapy at Fudan University Shanghai Cancer Center, who in 2006 established the first palliative treatment and care department in a Chinese grade III, class A hospital — the country’s best.

In 2008, a couple walked into Cheng’s office. The husband, a surgeon, suffered from advanced intestinal cancer with metastasizing tumors. He came to Cheng not to be cured but to deal with the pain of dying, as his days seemed to be numbered.

Cheng promised to do his best, using painkillers to relieve the surgeon’s pain. When he died two months later, his wife found a letter of thanks left for Cheng, which said “Thank you Dr Cheng for letting me live my final days almost pain-free, and helping me walk to the end of my life peacefully and with dignity.”

“One distinguishing feature of palliative care is a greater focus on mental health and pain management than on curing patients’ illnesses,” said the 52-year-old Cheng. “Actually, most cancers can’t be cured, but what I can do is try to alleviate their symptoms and improve their quality of life.” 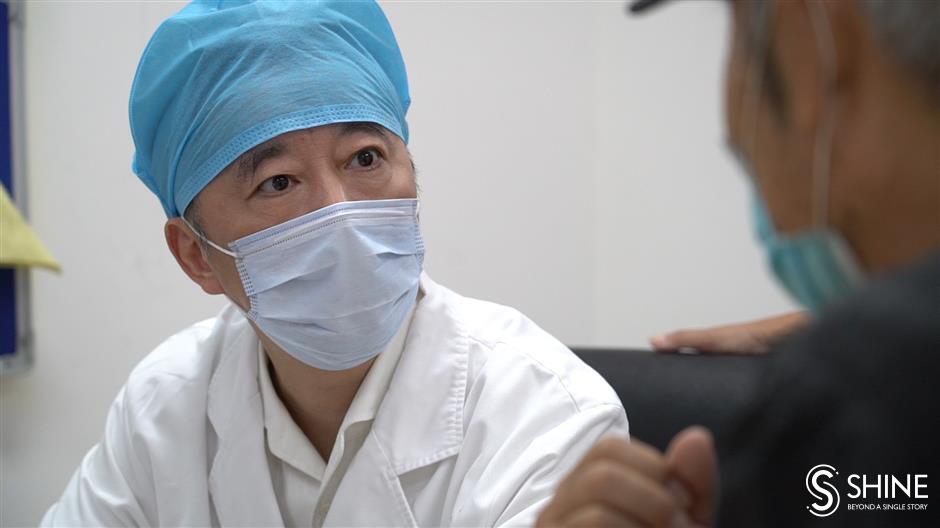 According to official statistics in 2008-09, 28,000 cancer patients die every year in Shanghai, but there are only 60 palliative care beds in the entire city, including 12 in Cheng’s department.

In 2004, after 14 years spent treating advanced liver cancer, Cheng enrolled at The University of Texas MD Anderson Cancer Center in the United States — one of the largest cancer centers in the world.

A graduate of the Shanghai University of Traditional Chinese Medicine, Cheng witnessed how much his patients suffered during the final stages of their lives. He decided to study palliative care and rehabilitation in the US to learn how to alleviate some of that suffering.

“I had a really eye-opening experience at MD Anderson, which introduced me to a brand-new concept of providing support systems to advanced cancer patients, such as setting different levels of care for different patients and providing tailor-made treatment plans,” Cheng said. 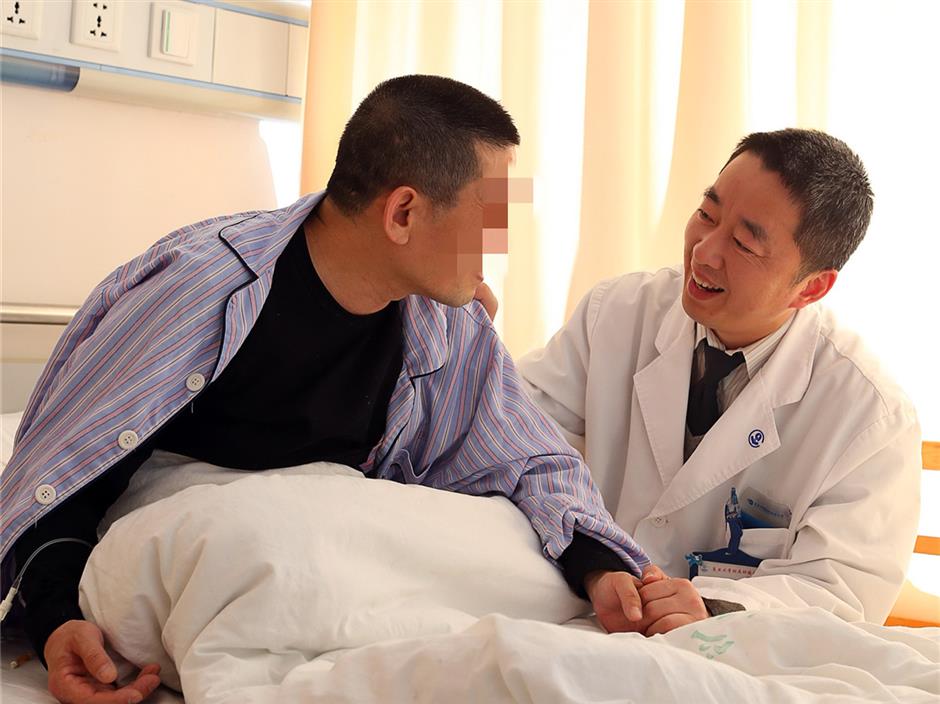 Cheng talks with a cancer patient during his daily rounds.

Following his studies in the US, Cheng returned to Shanghai to practice and promote what he learned, including a proposal to the center’s director to create a palliative care department. Two years later, that proposal became a reality. The integrated therapy department accepts all patients suffering from malignant tumors, including those have been turned away by other doctors.

“We didn’t simply copy the Western model,” he said. “We enhanced it with traditional Chinese medicine, which can alleviate many symptoms Western medicine can’t. My process is to take the first step and then reassess a patient’s condition before proceeding further. Some are cured, which I think is the essence of palliative care. Miracles happen here sometimes.”

One distinguishing feature of palliative care is a greater focus on mental health and pain management than on curing patients' illnesses.

Xu Haiquan from Suzhou, Jiangsu Province, is one of those miracles.

Two years ago, Cheng treated Xu who suffered from malignant mesothelioma. When the 65-year-old patient arrived, one of his symptoms was pleural effusion, or water on the lungs.

To make Xu more comfortable, Cheng began by draining the fluid from his lungs. After draining more than 10,000 milliliters of fluid, he applied traditional Chinese medicine to strengthen his vital qi (energy flow) and body resistance. Amazingly, his condition greatly improved.

“Even I did not expect that amazing outcome, because Xu had previously tried many Western treatments,” Cheng said. “It seems traditional Chinese medicine helped his immune system destroy cancerous cells.”

Wu Yue’se is another miracle. Wu lived with lung cancer for nine years, and in 2011 came to Cheng who applied traditional Chinese medicine during his chemotherapy treatments.

“It’s important to escape from cancer’s darkness and have a good attitude,” said Wu. “Finding a good doctor isn’t easy.”

The 68-year Wu conceded he initially feared palliative care and didn’t want Cheng to treat him.

“I then told myself I had to try, and if I didn’t feel comfortable I would leave,” he said. “Fortunately, I stuck it out, and thanks to Dr Cheng I’m still alive.”

Like many Chinese, Wu misunderstood the nature of palliative medicine. 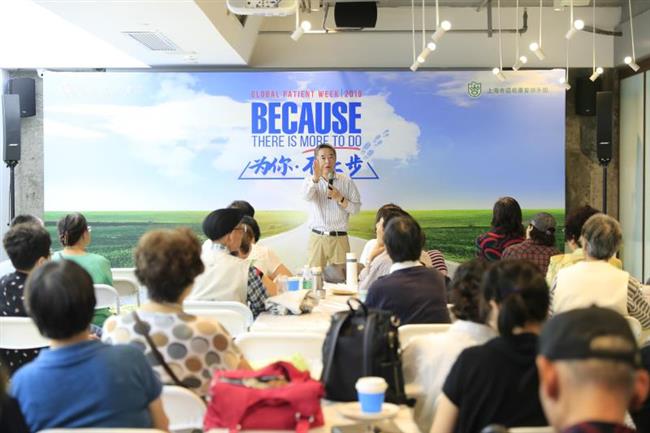 Cheng delivers a speech at the Shanghai Cancer Recovery Club.

“Palliative care isn’t about foregoing treatment,” Cheng said. “Initially, we deal with patients’ symptoms and relieve them of pain, then we determine the best course of action.”

According to the World Health Organization, palliative care is a method that improves the quality of life of those with life-threatening illnesses — as well as their families — via early identification, assessments and addressing physical, psychosocial and spiritual issues.

Cheng said Xu and Wu are exceptions to the reality that most patients he treats don’t survive.

Cheng may be the only doctor in China who provides supportive services for bereaved families of his deceased patients.

“The longest bereavement case I’ve had lasted three and a half months,” said Cheng. “He was an old man who lost his wife and was devastated.”

Every week or two, the old man came to Cheng’s outpatient clinic and chatted with him about the treatment his wife received and how she was able to die peacefully.

These chats were clearly therapeutic.

“One year later, he remarried and sent me candies from his wedding,” Cheng said. 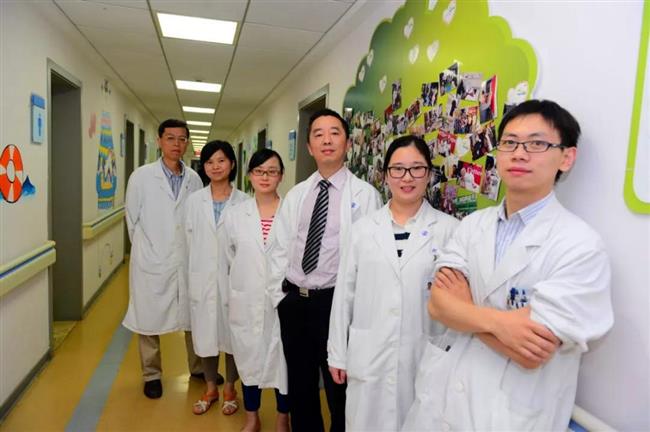 Cheng (center) and his colleagues

Every day at 7:30am, Cheng checks on patients with his colleagues, and visits them a second time before the end of the day.

“All my patients endure critical illnesses that can quickly change,” he said. “Each day’s second round enables me to quickly respond to any changes. Moreover, the second visit is a more casual opportunity for me to address humanistic concerns.”

During those second visits, Cheng chats with his patients about personal matters such as feelings and wishes.

“Ancient artworks always make me feel peaceful,” he said, “I think it’s best for doctors to combine science and art, like telling patients the truth in an artistic way. Every patient is like an excellent textbook. If we learn something new from every patient we treat, we will be more successful treating future patients.” 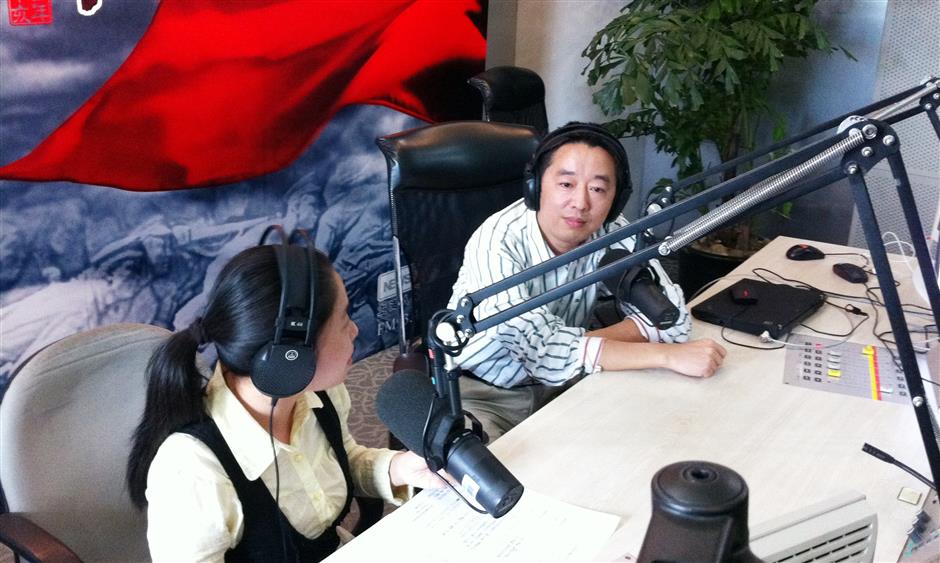 Q: You’ve dealt with palliative care for decades, so you must have seen some changes over that time. What’s the biggest one?

A: Palliative medicine is much more accepted by the public these years.

This went on for eight or nine years, but I didn’t stop promoting palliative care during that time.

Today, more people understand the nature of palliative care, and realize it’s more about treating symptoms and making them more comfortable than actually finding a cure.

Q: What have been the biggest obstacles in your career?

A: There have been many, such as people not caring about palliative treatment, a lack of professionals wanting to work in this field and no successors.

Our staff is tired, and we earn much less than those working in other departments. Many left after two or three years. I hope there will be more supportive policies in the future.

Q: What do you think is the most important thing in life?

A: Staying alive, because as long as you’re alive there are endless possibilities.

Q: What’s do you think the meaning of life is?

A: The meaning of my life is simple. During my career, I’ve tried my best to help my patients live longer and feel better.

I’m 52 years old with eight more years to work. When I retire, I want to take more time for myself and enjoy life.

Q: Do you have goals for the next eight years?

A: Firstly, I will continue to raise awareness about palliative care. Next spring, I will begin teaching a new course on palliative care at Fudan University Shanghai Medical College, which will be the first of its kind in China. I’ve been working to make this course a reality for 10 years.

Secondly, I want to train successors in our department before I retire, which will enable the integrated therapy department to keep going for years to come.