Driving through the roads riddled with potholes, I arrive at an industrial zone in Wujing, a town in Minhang District. Trucks roar past areas of wasteland. No pedestrians are in sight. I can hardly believe this is Shanghai.

It is 9:30 in the morning. In the most unlikely of places, I am going to meet Shen Jian, the 60-something owner of the last accordion factory in Shanghai.

I read about him a year ago in a story that told of a dedication to accordions that was so strong it caused him to give up a comfortable life and even suffer through the divorce of a wife he loved.

I found his telephone number on the website of his accordion company, called Xiangle. When I phoned him to request an interview, he sighed but reluctantly agreed. He later told me he acceded to the request only because he thought it might lead to more foreign sales. His company is clearly struggling. 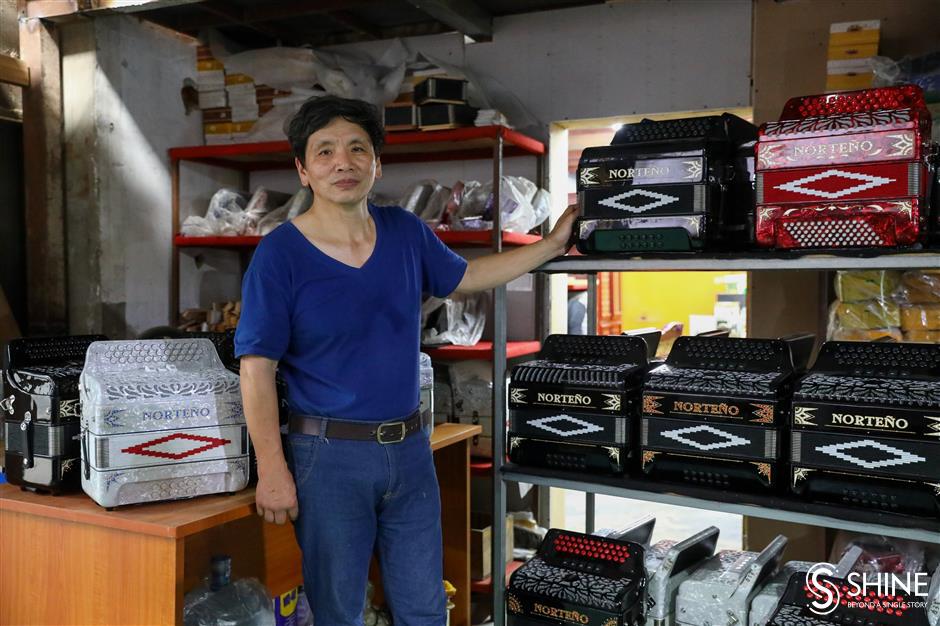 Shen Jian, 64, is the owner of the city's last accordion workshop.

When I arrive, he is wearing an old navy blue T-shirt covered with sweat stains. He ushers me into what is probably the only room equipped with air conditioning in the shabby factory. The room displays several different types and sizes of accordions, including button accordions and piano accordions.

"We produce 300 to 400 accordions annually," says Shen. "We supply 100 to 200 of them to a company in America on an 'original equipment manufacturer' basis."

Shen's factory was established in 2004. The name Xiangle is reminiscent of the Baile accordion factory where he once worked. That state-owned factory closed down at the end of 2003 amid a sharp decline in demand.

In 1976, the then 19-year-old Shen studied accordion making at a technical school. After two years there, he became a mechanic at the Baile factory.

His mentor was a man surnamed Jiang, who was in his 50s at the time. Shen can still remember his words: "Accordions, in times of war, were like guns, carried on backs to the battlefield."

The accordion has a long history related to China. Joseph-Marie Amiot, a Jesuit missionary in China in the mid-18th century, introduced the Chinese sheng, a reed instrument, to Europe in 1777, leading to the invention of free-reed instruments such as the harmonica and the accordion.

The accordion's basic form is believed to have been invented in Berlin. The instrument was introduced into other countries, becoming popular across Russia and in Austria, Britain and the United States as an instrument of ethnic music and folk musicians.

The number of accordionists in China eventually exceeded every other country in the world. Introduced here 1926, the instrument's widespread popularity is attributed to the Russian diaspora of the 1930s. Russian accordion players gave performances and music lessons in China. In the 1940s, military musicians in the People's Liberation Army took the instrument to all corners of the country.

When the People's Republic was founded in 1949, the government offered accordionists full pay for teaching and performing. In 1962, military musicians formed the Beijing Accordion Orchestra. The accordion became a popular instrument nationwide, with associations formed, concerts performed and festivals held.

The vibrant sound of accordions echoed from the farms of the great northern wilderness in China to production crews in the remote far northwest. Even today, although the instrument has faded in public popularity, it remains in the collective memory of a generation. In Shanghai parks, groups of elderly people can be heard singing old songs to the accompaniment of an accordion. 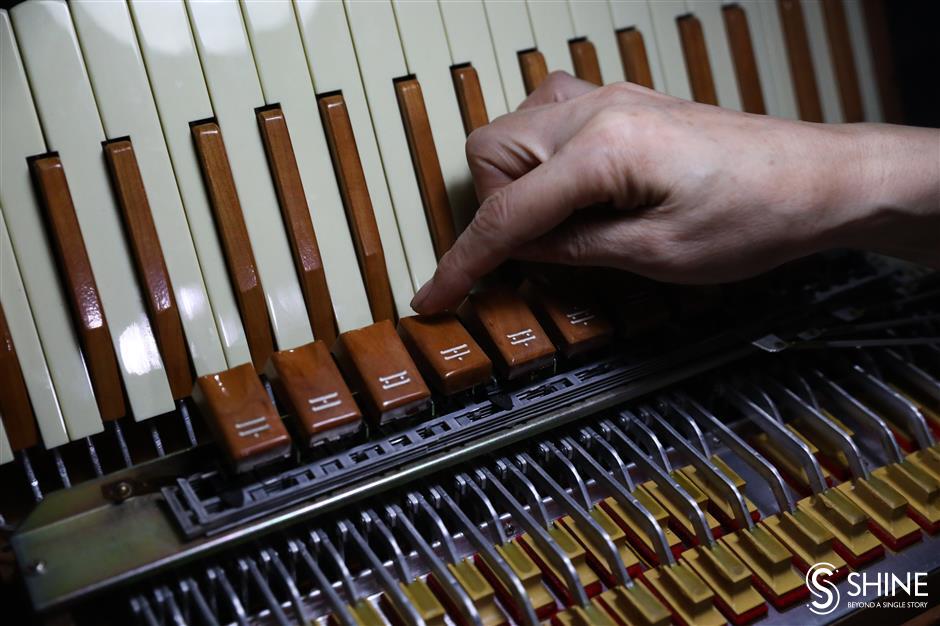 A 100-bass accordion made of cherry wood 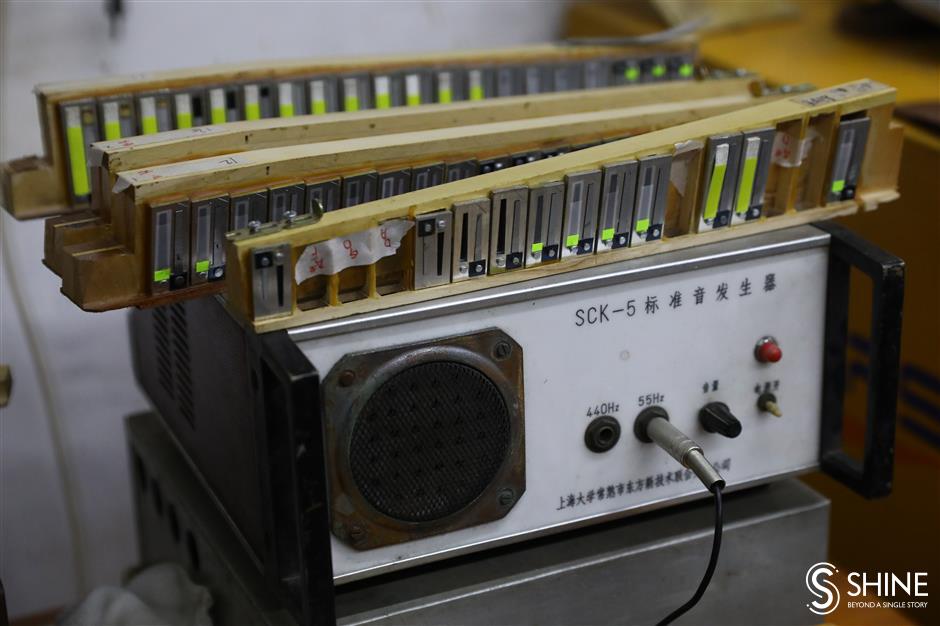 A tuner for accordion tuning, which has been used for over 40 years

What's surprising is that Shen himself can't play the accordion, though he obviously has a deep affection for the instrument.

After the collapse of Baile factory, Shen invested all his 40,000 yuan in severance pay to buy the factory's equipment. He asked former colleagues to join him in his company, which several did for the sake of old friendships.

"I quit my job at an advertising agency and came to do equipment maintenance for Shen in 2004," said a 74-year-old man surnamed Sun. "If some of us hadn't helped him, this factory would never have gotten off the ground."

Sun lives in Qingpu District, which means four hours of commuting every day.

"I still owe him years of wages," Shen says ruefully. "I can't really express how much I appreciate their support."

But solidarity aside, business is still tough. 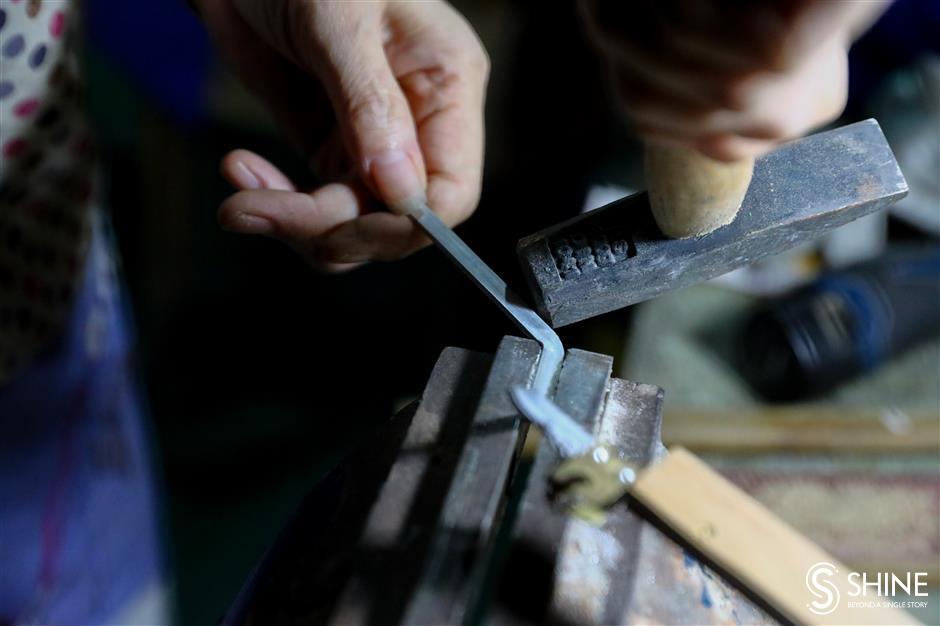 Shen and mechanics of the older generation put quality before profit. When some of Shen's friends suggest he go modern by advertising through livestreaming and opening a WeChat account and an online store, he brushed the suggestions aside. He tells them that making accordions is the only thing he knows.

"Most of the accordions exported from China are cheap and low-quality, but I want to break that stereotype," says Shen. "Our company can offer high-quality and customized products."

In order to cut costs, Shen wears several hats. He cooks lunch for his employees, drives to pick them up for work and is the nighttime security guard.

In 2016, Shen's company had racked up debts of hundreds of thousands of yuan. His wife urged him to file for bankruptcy, but Shen refused because he didn't want to let down friends who had sacrificed to help him out over the years.

Tossing and turning in bed for several nights, Shen chose the latter, though he knew they were both still in love and would never marry anyone else. It was a heartbreaking decision. His wife and son borrowed money everywhere they could in order to help him pay off the debt. Shen confidently believed that he would return to them when he earned the money back.

But that day hasn't come yet.

I ask Shen whether he regrets it all. Following a short silence, he bursts into tears.

"I owed my wife and son too much," Shen answers. "I don't have any other choice now. If I don't run the company, where can I go? I wouldn't even have a place to sleep. Being the doorkeeper of the factory gives me an excuse to stay here overnight." 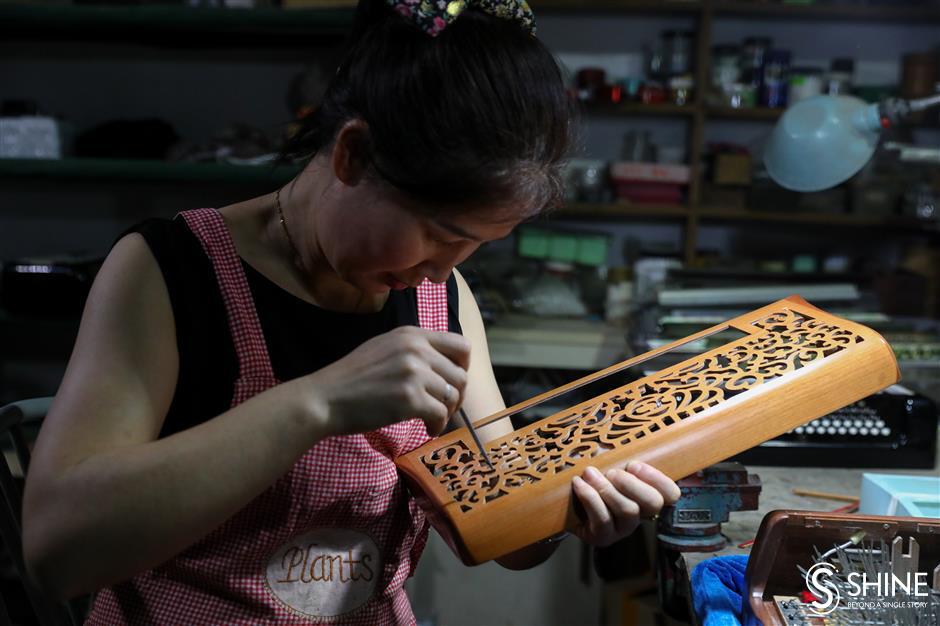 A 43-year-old artisan surnamed Liu has worked at the factory for 16 years. 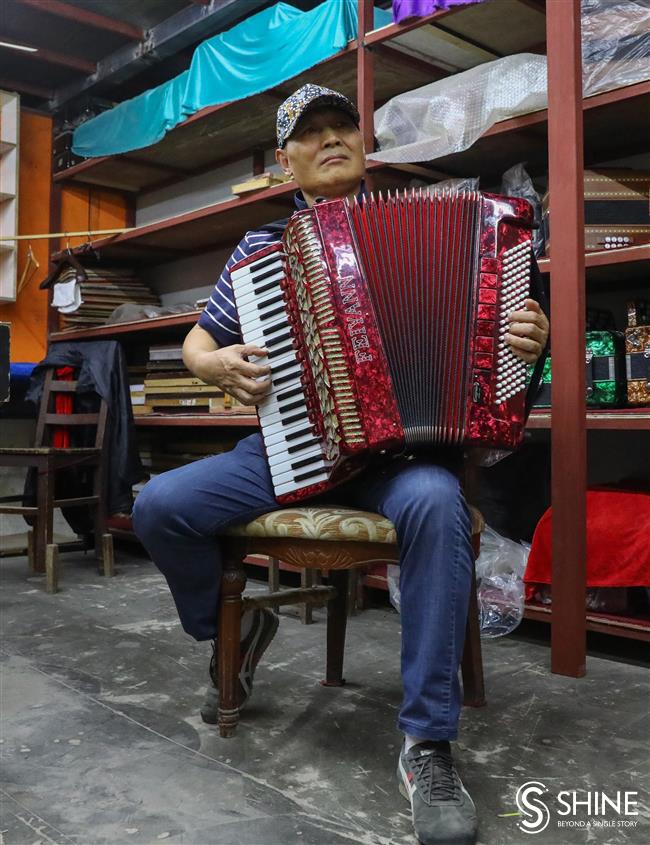 The sad mood is suddenly interrupted by the joyful sound of an accordion. A 72-year-old man surnamed Chen is playing the song "Our Life Full of Sunshine." He visits Chen's factory frequently on a voluntary basis to test the newly produced accordions.

Chen says he learned to play the accordion while a member of an artistic group in the 1960s. He met Shen around 20 years ago, when his old accordion needed repair and the factory that had manufactured it was closed.

"Shen's factory is the only surviving accordion workshop in Shanghai," says Chen. "I really like the instrument. When I hear its cheerful sound, I forget all my troubles."

"Our boss's specialty is red braised pork belly," says a 43-year-old employee surnamed Liu. "We often joke that our boss should open a restaurant. The food he cooks is really delicious."

Shen laughs. He has put aside the mournful moments of a few minutes earlier and seems once again buoyed by his determination to make a success of his factory.