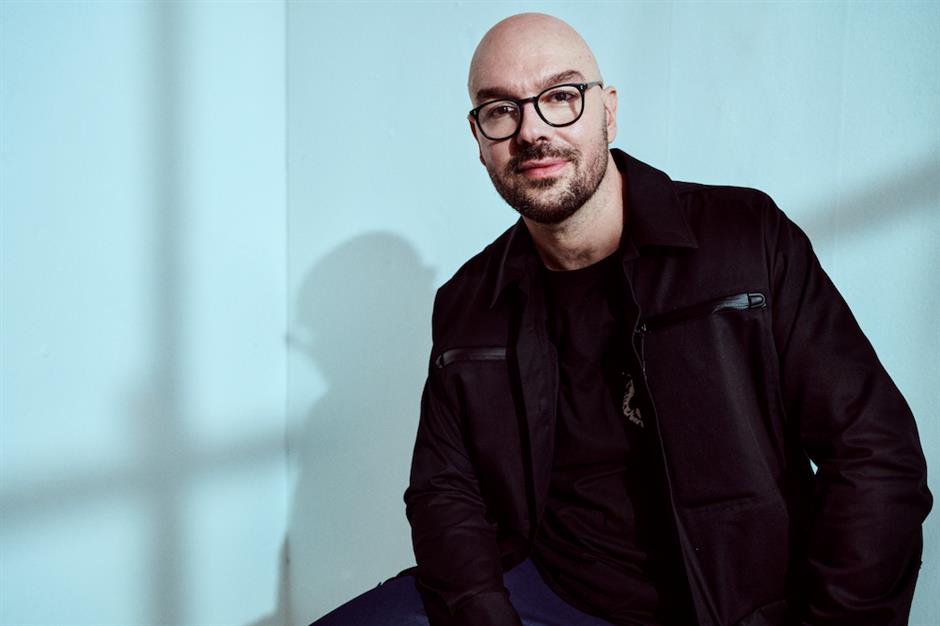 Luca Nichetto has gained a reputation as a multidisciplinary designer.

Luca Nichetto was born in Venice in 1976, where his artistic talent was inspired by the famous Murano glassmaking industry, which employed members of his family. His career effectively started in his school days, where holidays were spent selling his designs to local factories. He went on to study at the city's Istituto Statale d'Arte and then take a degree in industrial design at the local Università Iuav di Venezia (IUAV), where he graduated in 1998.

Nichetto set up his own practice, Nichetto Studio, in the city in 2006. There was another turn in his career five years later, when he moved to Stockholm, Sweden, to start his family and opened a second studio there, combining his Italian flair with the Swedish spirit of modernity and sustainability.

Over the years, Nichetto has served as art director of many international design brands and gained a reputation as a multidisciplinary designer. He has taught and led workshops at a number of universities, including the IUAV, where he was a professor of design. He has also served on the judging panels for a number of international design competitions.

Q: Tell us something about your works, and the one you are most proud of?

A: This is always the hardest question to answer. I am proud of each of my works because they allow me to explore my creativity.

For example, when I had the opportunity to collaborate with an iconic brand like Ginori 1735, which has such a strong heritage, I was excited about the chance to experiment with designs that combine history and classicism with contemporary style and modern ways of life.

I am also particularly proud of the collaboration with Ginori 1735 because of the deep link between the culture of my country and the memory of my hometown. I come from the island of Murano, which is a major center for glass craftsmanship. There are plenty of similarities between a company that transforms porcelain and one that manufactures glass, in terms of the environment, the heating, the oven, and the skills of the people. This collaboration was not only professional but also personal in some ways. 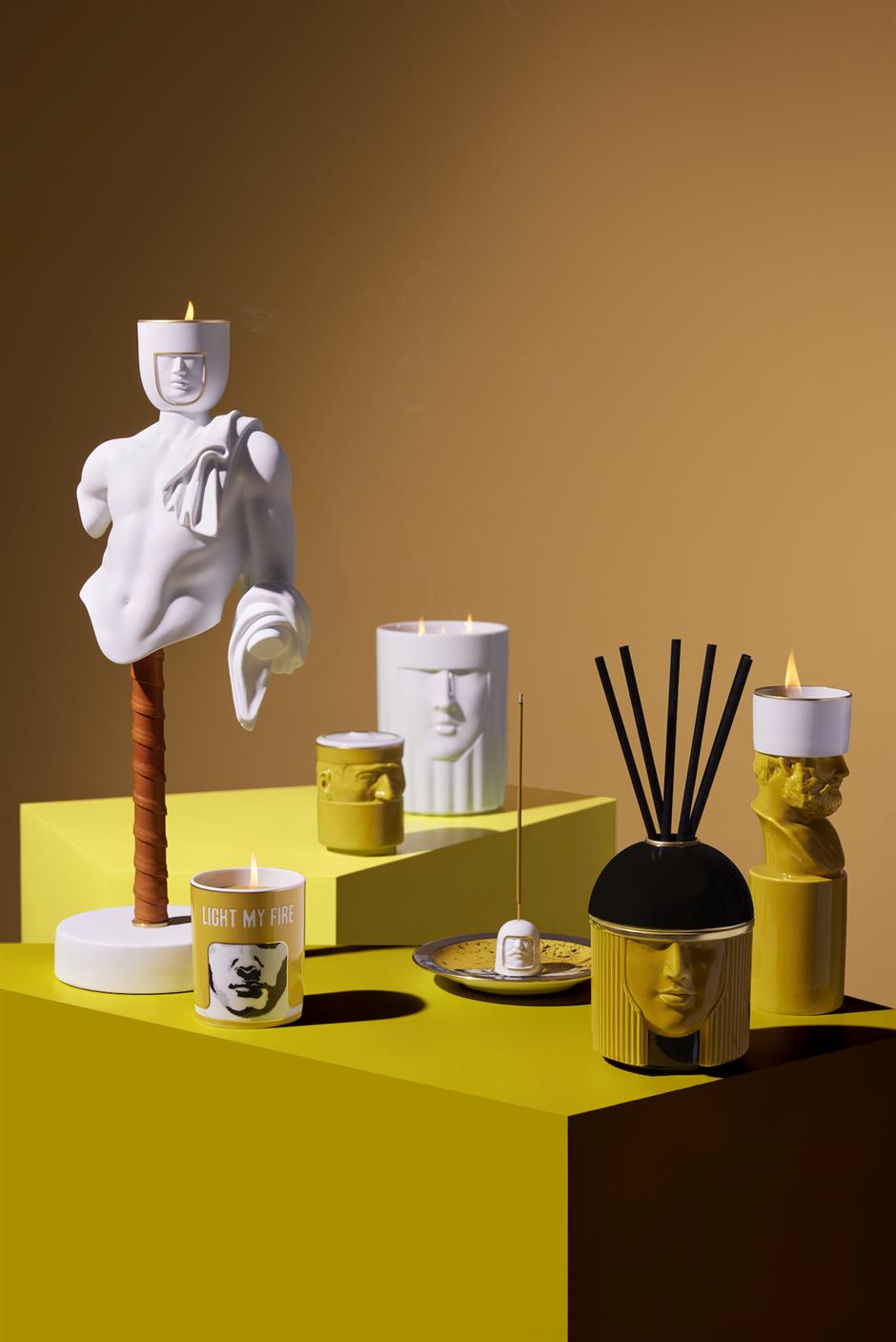 LCDC (La Compagnia di Caterina ), Ginori 1735, pays tribute to the life of Caterina de' Medici with the collection dedicated to her entourage.

Q: What projects are you currently working on?

A: I have been working on a lot of exciting projects. One of these is the extension of the Ginori 1735 first home fragrance collection – LCDC, La Compagnia Di Caterina – which offers two new fragrances: Amber Lagoon and Musk Road.

LCDC brings olfactory signatures that stand out and uses them for the study, research and development of uniquely designed forms, striking a perfect balance between memory and innovation and demonstrating the highest levels of craftsmanship. The new fragrance, Amber Lagoon, represents an elusive state of grace and serenity, while Musk Road stands at an unexpected crossroads between escape and reality. Both are inspired by the imaginary troll of Caterina de Medici.

With these new fragrances, I once again worked on synthesizing the figurative tradition of the Manifattura with a contemporary vision.

I can anticipate that my collaboration with Ginori 1735 will also take on interesting new directions in the near future. Stay tuned!

Q: Where are you most creative?

A: From the very beginning, LDCD has been a project that reflects my creativity: the storytelling, the artistic research, and the combination of classic elements of the past with modern taste and style have been a very original and fun process, not only in terms of design but also a playful journey into colors and fragrances.

While working on the collection, I discovered that during the time of Medici, apart from Florence, Venice also had a long tradition of scents. It was quite interesting to explore and document the creativity of Caterina's journey from Florence to France but, at the same time, imagining that she could have stopped in Venice.

That is why, in the new LCDC fragrances, there are plenty of references to China and the Far East – spices, amber, incense, etc – with which Venice had strong historical connections.

Q: What does your home mean to you?

A: Home is family. It makes me feel alive! And I'd like to keep it as the only place that is not public. I do not see my home as the Nichetto showroom. For this, I have my studio, which is also a house, by the way, and it represents me more in terms of how I think about the product, my aesthetic, and my work, while my home is more of a functional place to raise a family.

Q: What do you collect?

A: Many designers and colleagues of mine are huge collectors. I am quite an exception.

When I was a kid, I collected coins from all around the world and I was a fan of Subbuteo, a football figure game. Now I try not to be so attached to things, as I feel that being uninfluenced by specific passions or objects gives me more freedom. Instead of having the need to own something, I have the drive to create.

Q: What will be the next big design trend?

A: There are three trends that I can foresee: environmental friendliness, craftsmanship and localization.

First, I am sure that, because of the crisis of raw materials and the inflation that is going on all around the world, plastic will again become a trendy material. Recyclable plastic will allow us to create products that are still reasonably priced, especially for the medium premium market.

Second, we will see more crafted products that use ancient techniques and are perceived as being high-end, like Ginori 1735. When you buy something, you want to immediately perceive the value for which you are paying a price; materials like porcelain, glass, ceramic, and engraved wood, which feature a lot of artisan handcraft work and abilities, will be very visible in the design work.

Finally, globalization created a sort of melting pot where you can find the same things anywhere on the planet. I see that we are returning to a more local direction. We appreciate local uniqueness. Learning about and observing different cultures helps me a lot when I have to design something that can eventually match the tastes of different people all around the world.