Cats vs dogs: Which do Chinese pet lovers prefer, and why?

The market value of the pet economy in China is expected to reach nearly 500 billion yuan (US$74 billion) in 2022 as more single young people and the elderly decide to be pet owners. 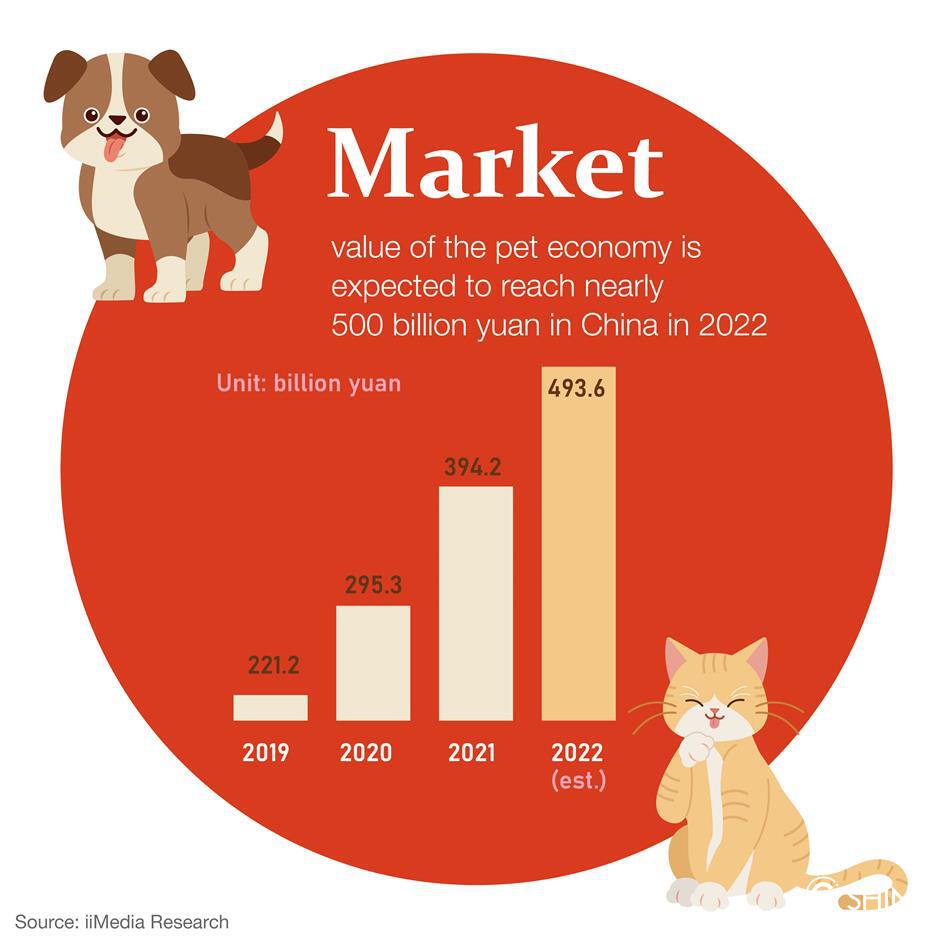 Cats have become the most favored pets in urban China, outnumbering dogs in 2021, according to a white paper on the nation's pet industry in 2021 released by petdata.cn this year. 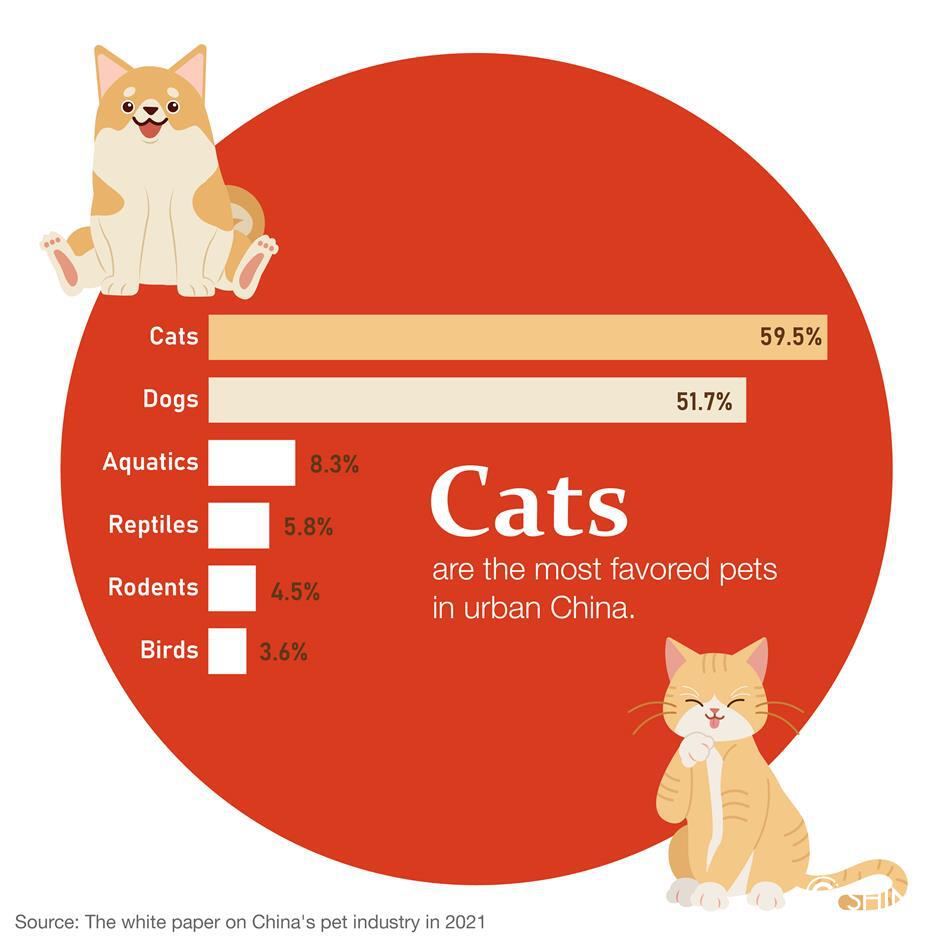 There has been a surge in cat raising in recent years. The report shows that the number of pet cats cared for by urban Chinese families reached 58.06 million in 2021 while the number of dogs was 54.29 million. 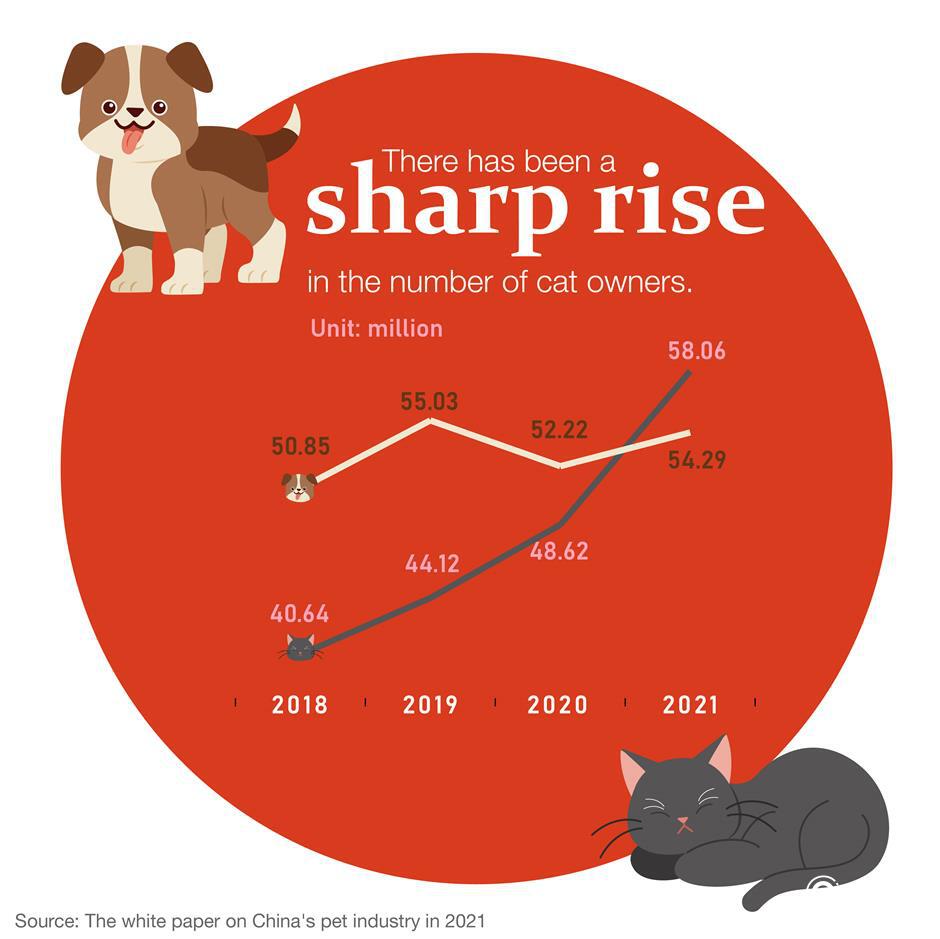 Pet owners prefer cats because they are easy to take care of, quiet and relatively affordable for young people living in crowded and fast-paced megacities, the report says. 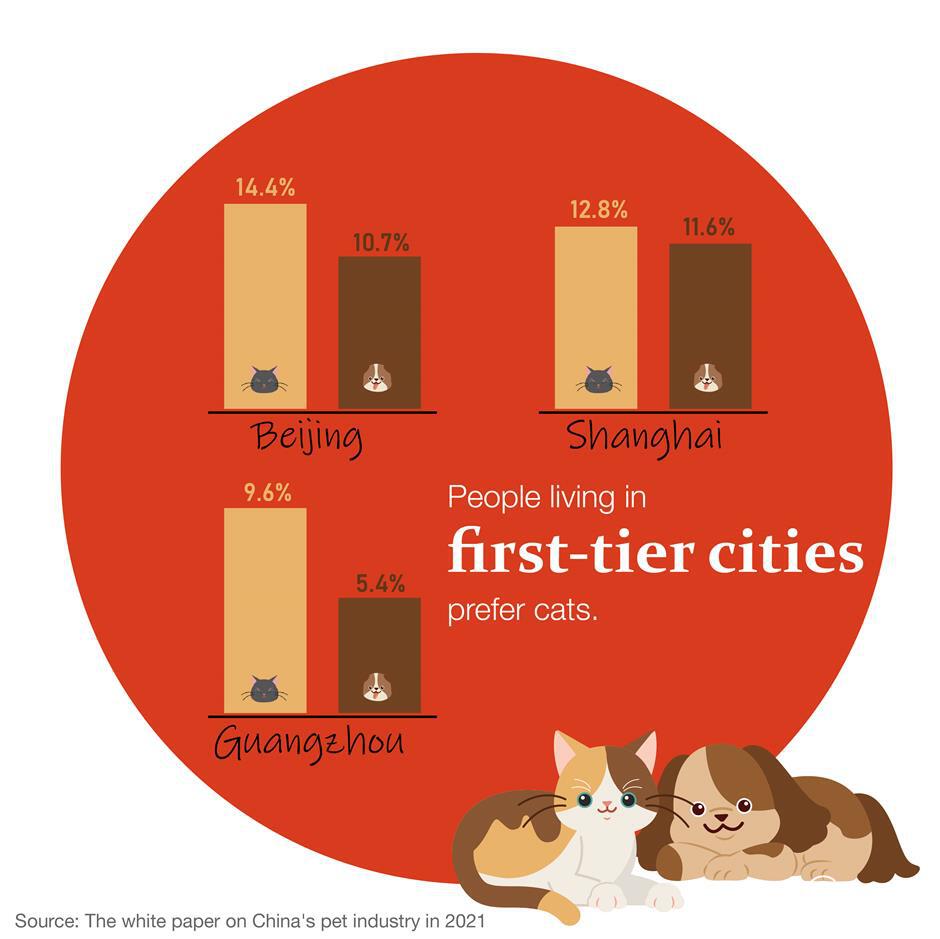 Shanghai-based jewelry designer Akira Li has been a dog owner for 15 years. She said she loves both dogs and cats, but she is now living with her parents and her mother doesn't like cats.

"I'm moving out soon and I will get a cat after I live by myself," Li said.

Jop Zhao, a dancing teacher, said he really likes large dogs, but he hasn't yet made up his mind to raise one.

"My friend once asked me to look after a Labrador for two months. It was really a happy time to exercise with 'man's best friend,' but it's too tiresome to keep a dog by yourself," Zhao said.

Zhao's roommate Liu is a cat owner. Often away from home, he has bought an automatic feeder, a self-cleaning litter box and surveillance cameras. 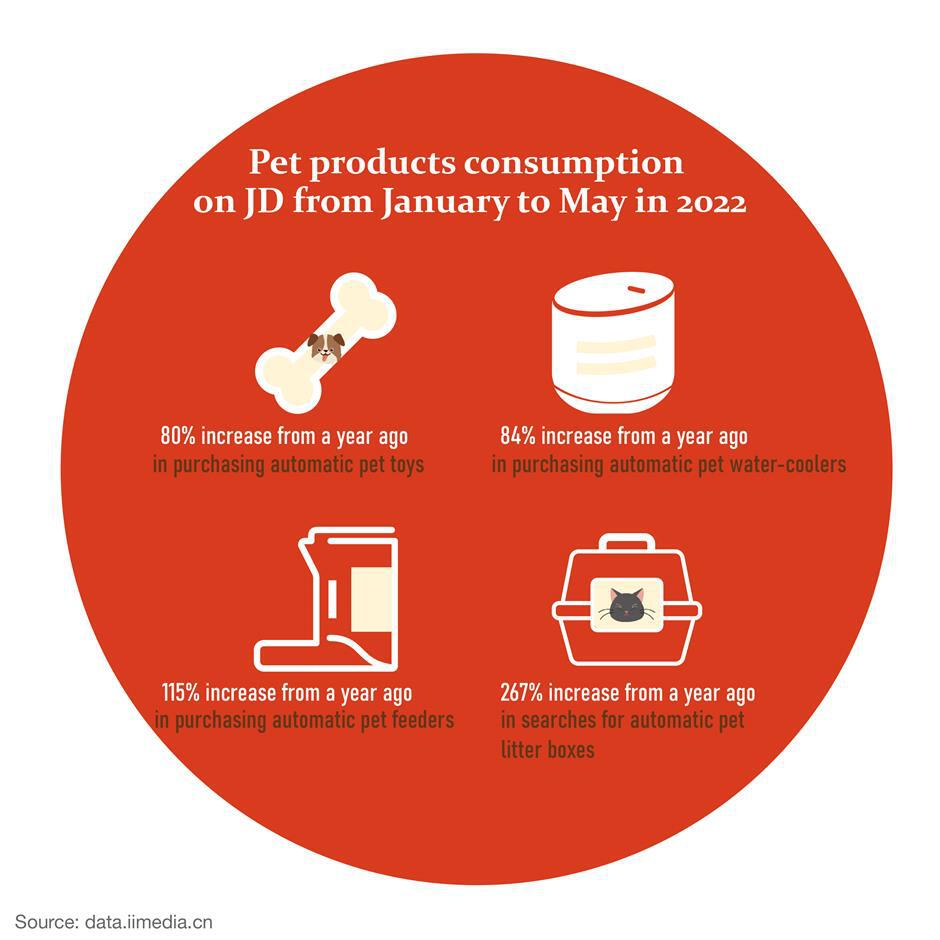 Most respondents in the report said they raise pets because they love animals (73.5%). Some said pets have contributed greatly to the joy of living (10.6%) or eased their working pressure (4.2%). 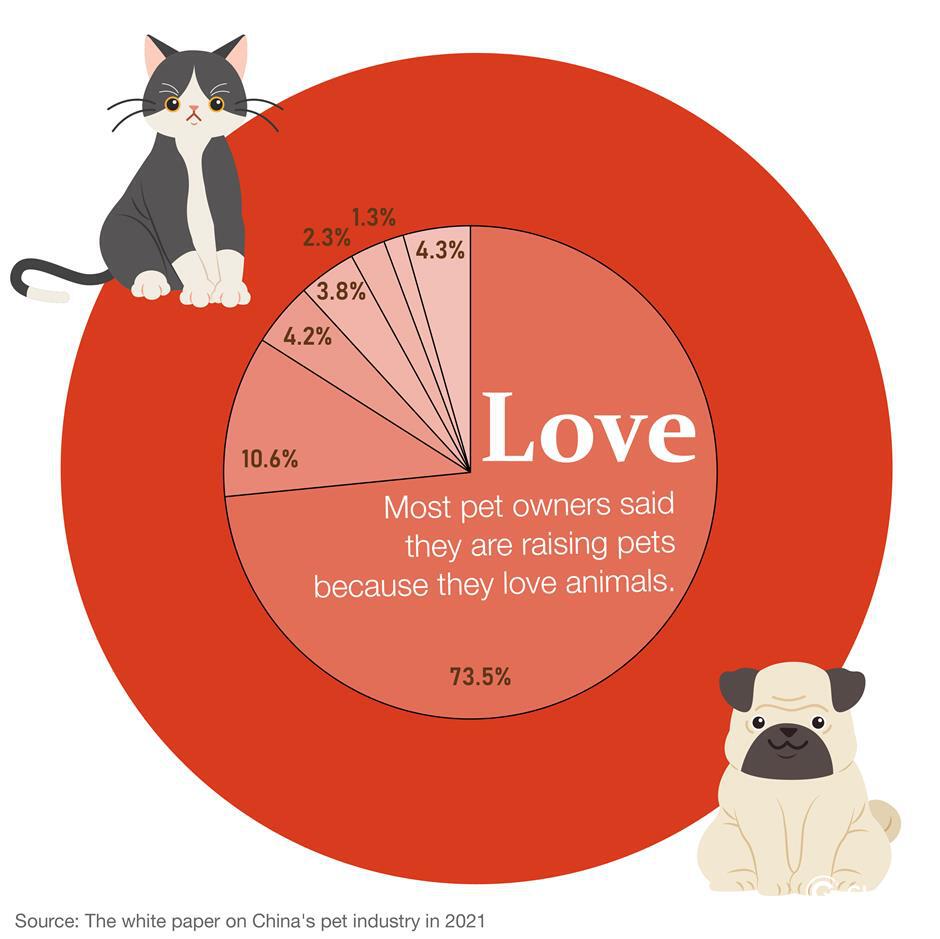