End of a culinary era as M on the Bund, Glam bar announce their swan song

"I feel that we have really done something by bridging the cultures and ages, and it's still one of the things we are most proud of," said Australian restaurateur Michelle Garnaut AO, founder and chief executive officer of M Restaurant Group, who opened M on the Bund in January 1999 and announced its closing on February 15 after 23 years of serving great food and joy. The chic Glam dining lounge and bar is also closing on the same day.

M on the Bund was the first independent venue on the Bund when the riverfront was a culinary desert. Garnaut signed the lease for the seventh floor of Bund 5, the Nissin Shipping Building, in 1998 after making the risky decision to open the restaurant at a time when her restaurant in Hong Kong, M at the Fringe, was among the highest-rated restaurants in Hong Kong. 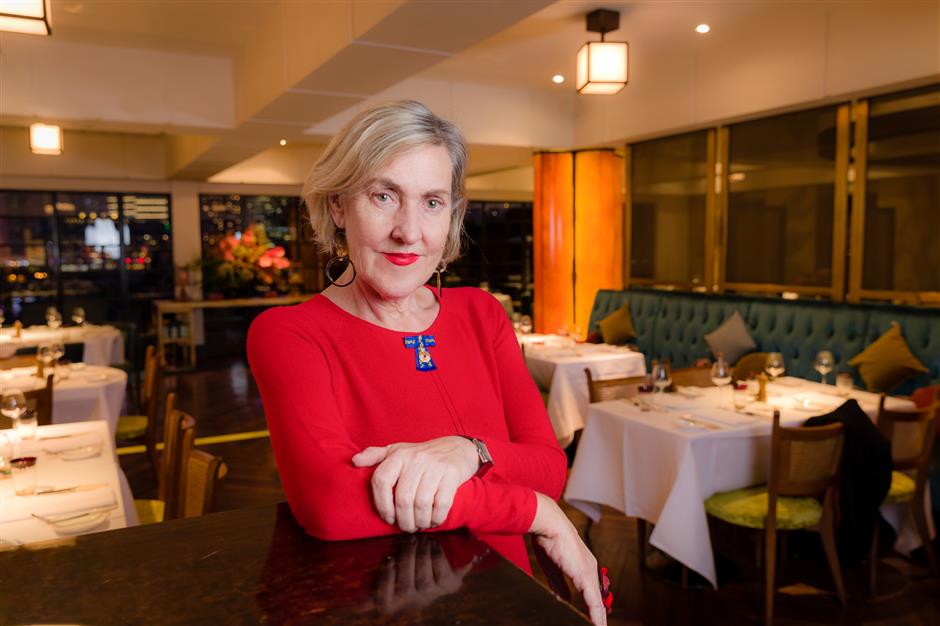 Michelle Garnaut AO opened the first independent venue on the Bund in 1999.

Her Shanghai story began many years earlier when she visited the city almost every year. Garnaut's idea to open a fine-dining restaurant in Shanghai at a time when there were few good restaurants came after she arranged a 10-day pop-up dinner at the Peace Hotel in 1996. She flew in 500 kilos of provisions from Hong Kong, including fish, meat and even flowers, which a man carried in suitcases.

"When we were at the Peace Hotel, there was definitely a market for a good restaurant, so I started to look around. I spent a year dealing with one place that fell apart at the last moment. Then a real estate agent I met at the Peace Hotel called me and said 'I found the perfect place for you, it's on the Bund.' That was the beginning of 1998. A friend of mine who lived here for a few years checked it out and told me it's a pretty remarkable place," remembered Garnaut.

But the space was barren. There was no elevator to the seventh floor, and the loading of the building had to be upgraded to support all the weight from the furniture and equipment. What's more, there was no gas, electricity or water.

Having a great terrace with a breathtaking view of the Bund, Garnaut wanted to keep the design simple and classic, with an open, modern and elegant feeling without being pretentious. 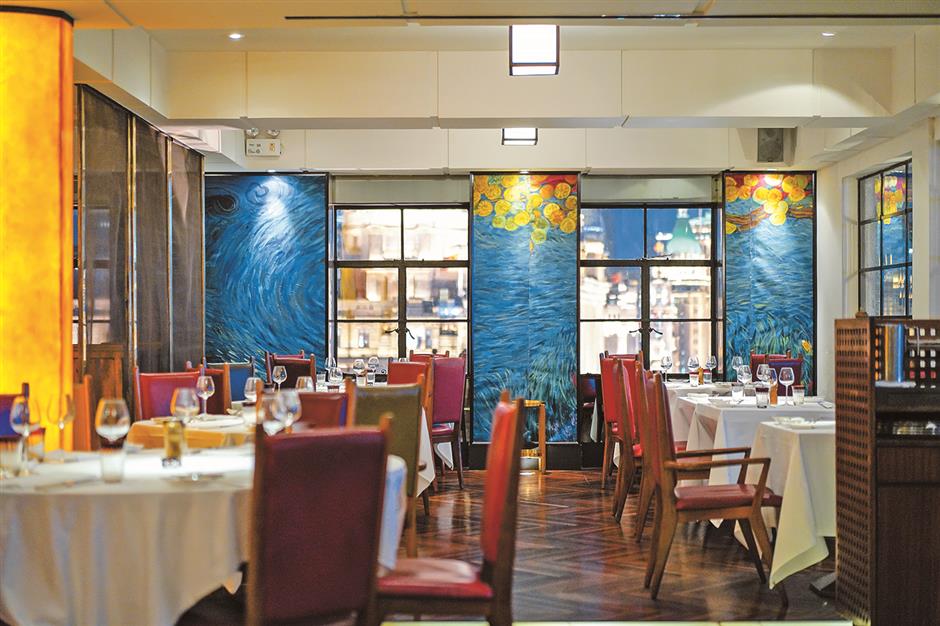 The simple, classic design of M on the Bund.

When the restaurant opened in January 1999, no one made reservations, recalled Garnaut. People drove all the way from the other side of the city only to find the restaurant couldn't offer any tables, which did not sit well with them.

"There was a change of customs policy. Most of the equipment was stuck at the Hong Kong/Shenzhen border, so we had only one oven with four burners. We could only serve 50 people a night if we were lucky, and we didn't have the capacity to manage," she said.

Two to three months later the equipment finally arrived. Garnaut had to go to Häagen-Dazs every day because the ice cream machine was stuck at the border. Ice cream was on the menu, so she had to spend hundreds of yuan every day at the ice cream shop. 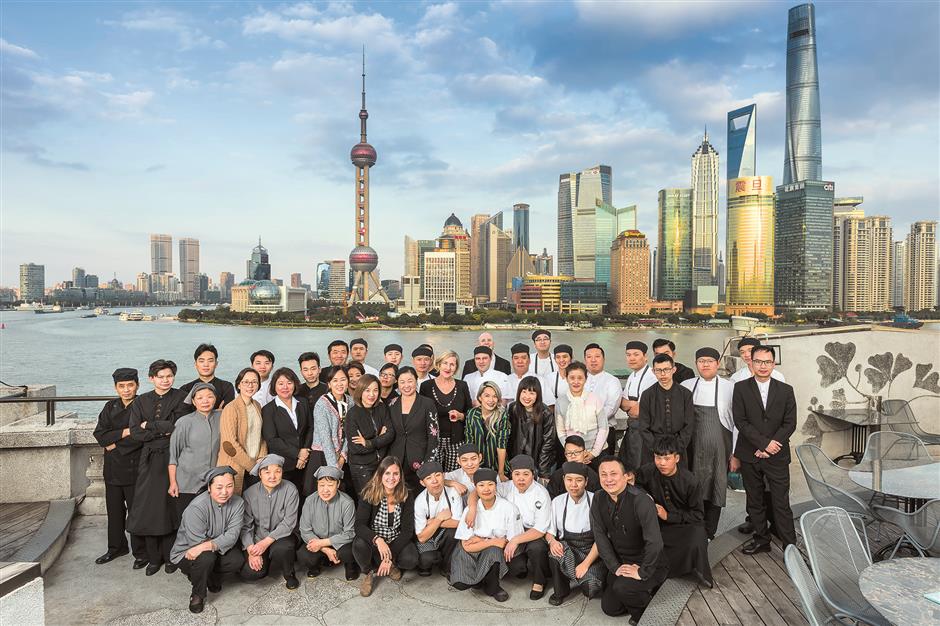 A pioneer of fine dining in Shanghai, M on the Bund has become a city institution, and many of the staff have been with the restaurant since the very beginning.

The two years prior to Shanghai World Expo 2010 were a difficult time for the restaurant due to the amount of construction on the Bund, but 2010 was incredibly busy because the mega exhibition attracted people from all over the world.

Garnaut and her team had to cope with a big culture change. Most foreign companies brought Chinese guests, clients or connections, while Chinese customers brought foreigners who would be comfortable with the foreign menu.

The restaurant had to make enough money to pay rent, staff and suppliers, but for Garnaut, that was only one part of the equation; the other part was the cultural and community side that didn't make but cost money. Over the years, she's organized countless events and festivals, like lectures, literary festivals, chamber music concerts, charitable functions and Mentor Walks – a program that supports women in business.

The restaurant has lived through SARS in 2003 and the current COVID-19 pandemic. She couldn't return to China for six months in 2020 and had to run things remotely.

"I remember my staff showed me a video of the Bund. There wasn't a soul, not one person, which hadn't happened in 20 years. I remembered showing this to other people and saying 'this is what people in China are doing, they're staying home'," Garnaut remembered.

To avoid losing too much money, M on the Bund tried takeaway food service, which was a nightmare because there aren't many residents in the immediate area and people don't order takeaway food from upscale restaurants.

The October holiday in 2020 was very busy for the restaurant, but in November there was an outbreak nearby and everything slowed down. 2020 Christmas was busy and New Year's Eve was even busier.

"There are also changes in dining habits, like we're having busier lunches as people want to stay home with family for the evening," she said. 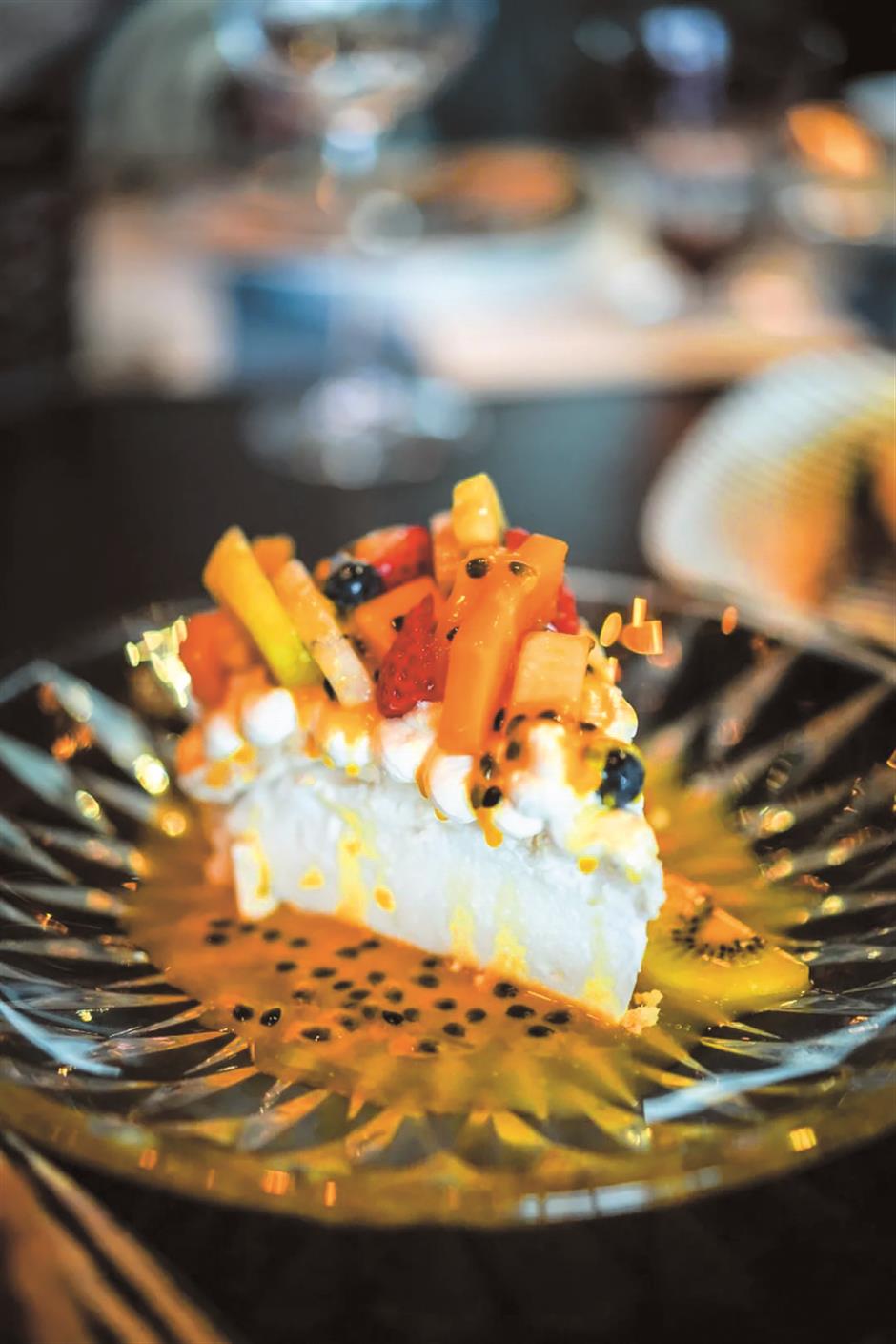 M's classic Pavlova from M on the Bund and Glam dining lounge and bar.

The past two pandemic years have been financially difficult for the restaurant. It began a new lease in March 2020, and Garnaut insisted on a two-year break clause. The landlord wouldn't give less than five years, and she didn't feel confident enough to commit for another five years.

"The best I could do was minimize the loss of business. We had 20 good years, but going forward for another five years? I just don't feel confident," she said.

"It's my decision and nobody forced me into it. In this day and age, big Western restaurants aren't needed here. So rather than losing more money, I'd rather close with our pride, dignity and history and give the money to our staff."

"Something new will come, and I'm happy about that. It's been a fantastic 20 years, which is remarkable and I would not change one minute of it – except maybe not having COVID – but I think it's time for some new things."

Many of the staff at M on the Bund and Glam have been working here for more than 10 years, and some have been with Garnaut since the very beginning.

In terms of future plans, she said she's ready to have a little break.

"I started a business when I was 24, and I'm nearly 65. I've been in the restaurant business since 1988 in Hong Kong and I haven't had a real break since then, so I think I deserve one. However, I'm not interested in retiring," she said.

M on the Bund and Glam will remain open until February 15, and staff is creating a photo album full of memories for which patrons are invited to share their most memorable moments at the restaurant and bar. Photos can be sent to memories@m-onthebund.com. 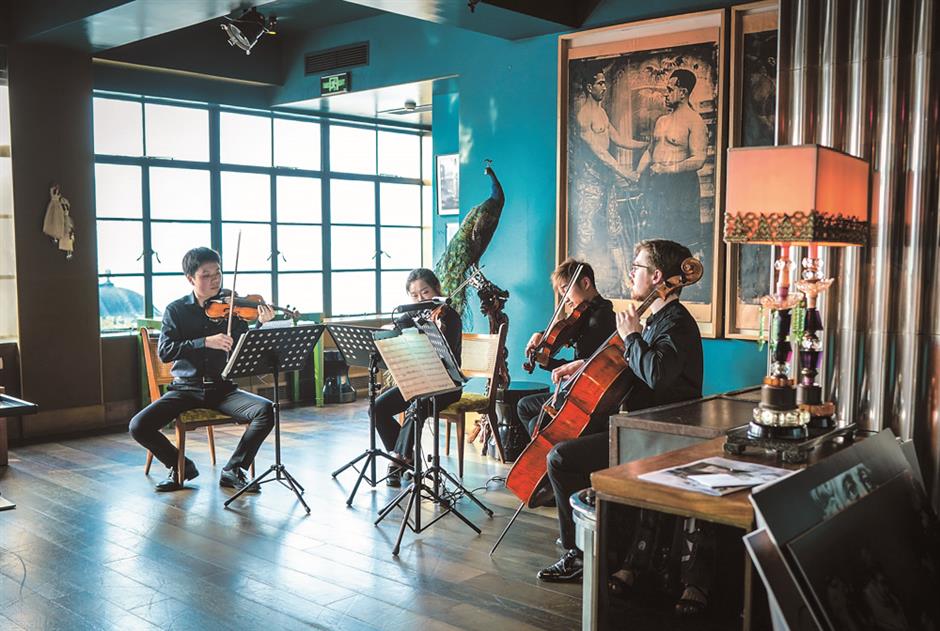 Garnaut has hosted numerous events in her restaurant, including chamber music concerts.

﻿
Special Reports
﻿
End of a culinary era as M on the Bund, Glam bar announce their swan song
Irish pork exports to China hit record high in 2021
The vibrant exuberance of ethnic Dai food from Yunnan
The discreet charm of the underappreciated baijiu
One size does not fit all for nianyefan
Tangerine peel treasures for a healthy body and tasty treats
Vino classics never really die
Avant-garde drinking in the new year
Don't judge a book by its cover at Portuguese gem
Herbaceous delicacies inspired by Shan minority
EXPLORE SHINE