Tangerine peel treasures for a healthy body and tasty treats

It's the season of refreshing citrus, with abundant oranges and tangerines bringing a breeze of lightness to the bold winter flavors.

But tangerine not only provides the juicy pulp, its peeling is a much-treasured ingredient in traditional Chinese medicine and Chinese cuisine, sometimes with a soaring price tag that's almost beyond reach – a kilo of aged tangerine peel (known as chenpi) that has been well-preserved for 30 years can easily cost 10,000 yuan (US$1,575), and the price goes even higher for older peel.

Xinhui in southern Guangdong Province produces the best chenpi, where the people use traditional processing techniques passed down for centuries. It's a meticulous process of repeated picking, peeling, flipping, sun-drying and aging.

In TCM, aged tangerine peel is a warm qi-regulating herb that tones the lung and spleen. It's acrid and bitter in nature, and the property becomes stronger as the peel ages. 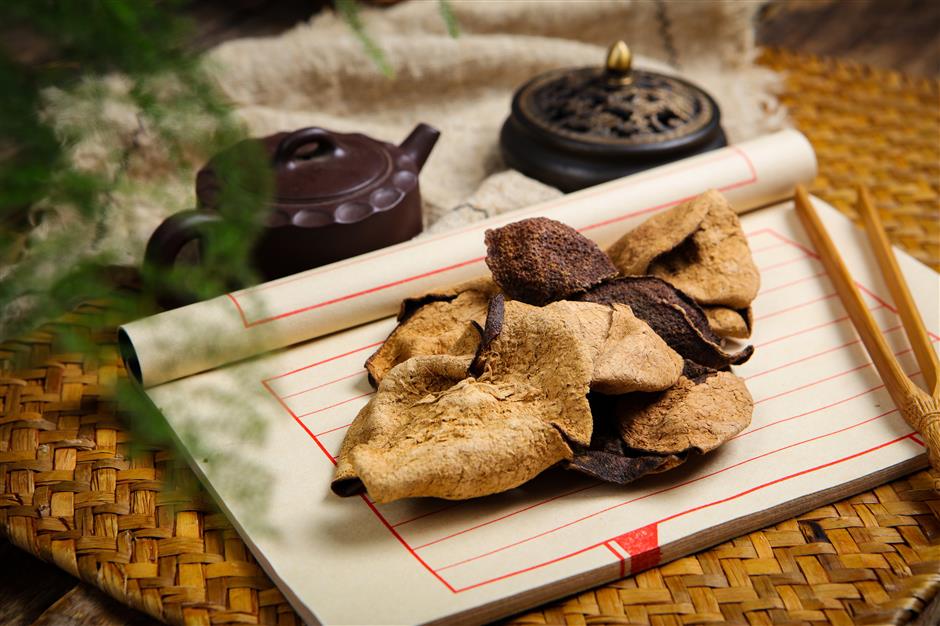 Tangerine peel that has been aged for years are a popular ingredient in TCM and Chinese cooking.

The oil in the peel has a mild stimulating effect on the gastrointestinal tract, so it can also boost the appetite as well as neutralizing some of the discomfort. Chenpi can also stimulate the bronchus and make it easier to expectorate sputum.

The simple way to consume aged tangerine peel is infusing it in boiling water or light-flavored teas like red bean and job's tears tea or toasted rice tea, which also has a mild sour taste.

The beverage is usually stewed twice to fully extract the flavor and is an especially crowd-favorite to accompany spicy cuisine.

In Cantonese cuisine, one of the most popular sweet desserts is red bean soup with aged tangerine peel, and it's best made with the premium peels from Xinhui. The red soup is simmered to a thick, dense texture, and it's best made with the higher quality small red beans (known as chixiaodou, which are harder to cook but boast better nutritional value). 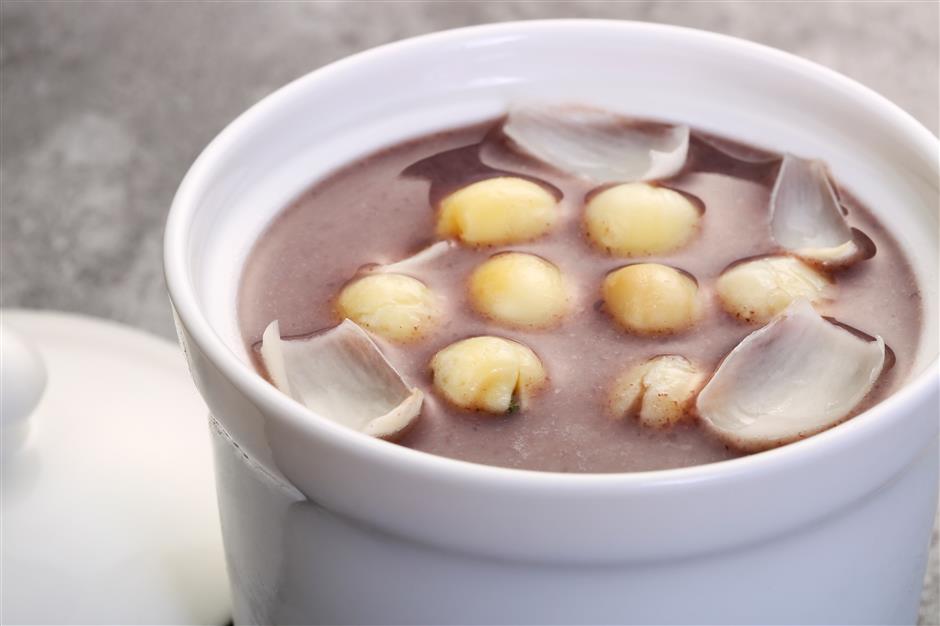 The red beans are soaked in water ahead of time to soften for a few hours, and the aged tangerine peel also needs to be infused in boiled water for at least 30 minutes so that the white flesh can be scraped off.

Then it's sliced thinly. The next step is to make a red bean soup, the water needs to be added in the beginning, as refilling the water will dilute the soup. Ingredients like dried lotus seeds can also be added to stew with the beans.

The tangerine peel slices and rock sugar are added into the soup after it's being stewing for an hour, and it takes another hour of cooking.

The soup is ready when the texture becomes quite thick and the beans break apart.

In savory cooking, tangerine peel is usually incorporated in meat dishes to bring a mild citrus flavor that's neither too sweet nor too sour.

Chenpi duck is a classic Cantonese dish, as duck usually has thicker fat and skin. The tangerine peel not only can remove some of the unpleasant taste, but also balances the flavor.

The duck is first stewed with ginger, scallion, salt and dark soy sauce to gain a rich flavor, then the peel is added about 10 minutes before the dish is ready. 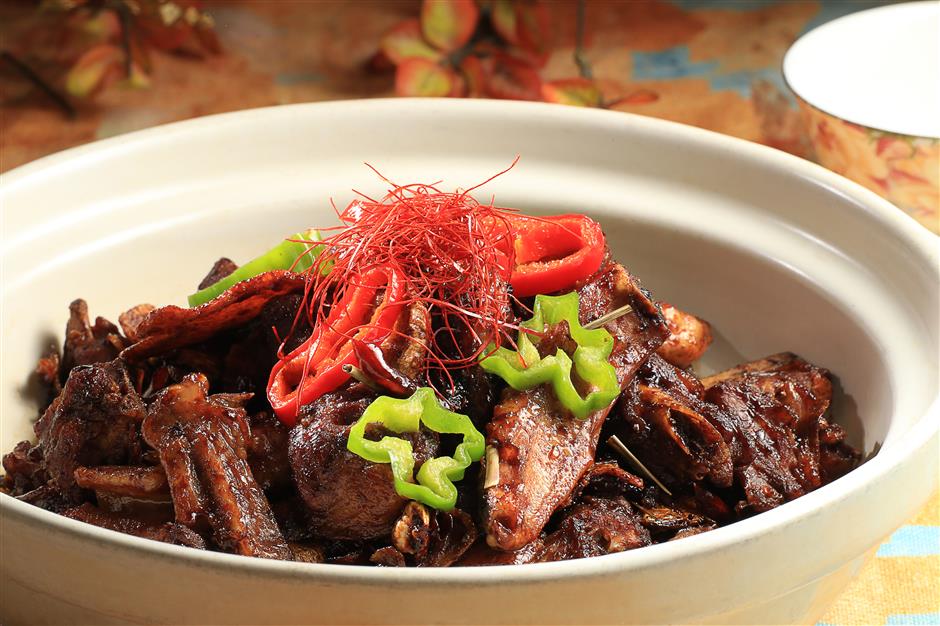 The same idea can be applied to other meat soups and stews, like pairing aged peel with pork short ribs or beef briskets.

A few shreds of aged tangerine peel can also be soaked in water to reconstitute and then topped on steamed fish alongside scallion and ginger shreds to boost the flavor.

Tangerine peel is also made into candied preserves by separating the outer zest of the citrus from the bitter white pith, then boiled in water to remove the bitter taste.

Then make a syrup with water, licorice, salt and rock sugar, boil the tangerine peelings in the mixture so it takes the flavor on well.

The peel is then drained (without squeezing or pressing since that would take away the flavor) and then baked until half dry. The peelings are infused in the syrup once again to absorb the liquid, and then baked half dry again.

When enjoying store-bought chenpi snacks, it's important to be aware of the sodium level, as the intense flavor is achieved by adding a large amount of sugar and salt – so it's ideal to consume a in moderate amounts.

Aged tangerine peel candy is a very appetizing sugar treat with an obvious salty flavor, which is often eaten before a meal to boost the appetite without leaving too much of a sweet taste in the mouth. 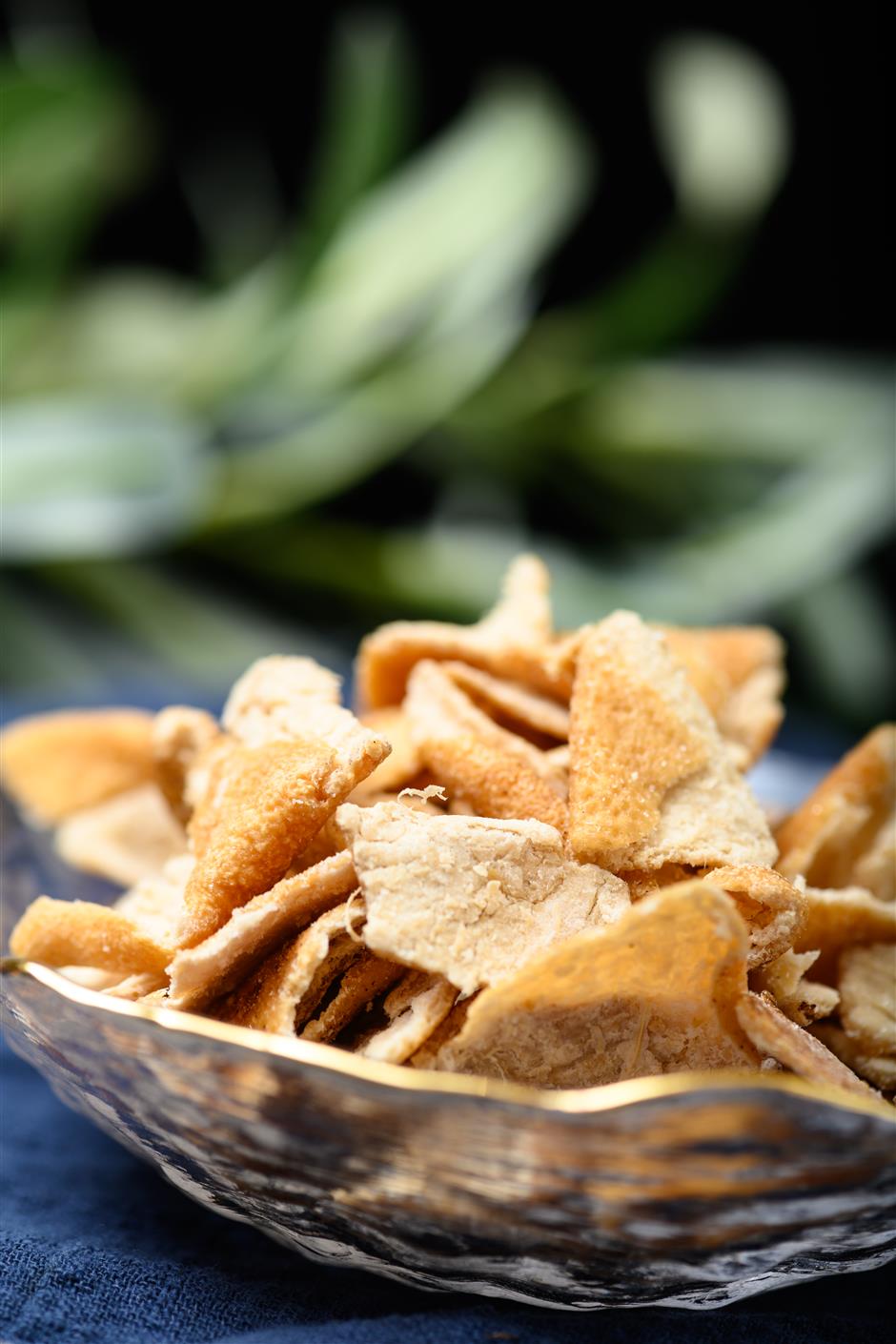 Sweet and sour tangerine peel snacks are made with sugar, salt and licorice.