The water quality has been improved since the “Five Water Shared Governance” policy was initiated by Zhejiang government.

“Five water” refers to sewage, floods, waterlogging, water supply and water saving. Since then, Hangzhou has launched a series of measures to improve its water.

Last month, the city won the “Da Yu Ding” award for its efforts in the “five water” in 2019. The award was established in 2014 to honor achievements in harnessing water pollution and protecting resources.

Da Yu, who was known for controlling floods in ancient times, is buried in Shaoxing, Zhejiang Province. As a hero who tamed the rivers of central and east China, he is worshipped today by people, especially in Zhejiang.

By the end of 2016, Hangzhou had become the first city in the province to apply sewage treatment facilities in all its rural areas. The city is planning to complete an improvement program by the end of 2020, having all 9,148 waste-water disposal terminals interconnected.

Binjiang District is considered to be at the forefront of “Five Water Shared Governance” with measures brimming with high technology.

It has invested around 5 billion yuan (US$723 million) in more than 500 projects, bringing around 83 percent of water courses to level-4 national standard water that can be used in agricultural irrigation directly.

In 2016, Binjiang began to pilot a “smart rivers” project. So far, local authorities have installed 150 automatic monitors along water courses, 628 smart sensors in manhole covers and built 18 supervision stations along rivers. All water resources are under the umbrella of big data technology.

These smart facilities have formed a network of water disposal and hydrological systems, helping government departments prevent floods and waterlogging and deal with urban sewage. 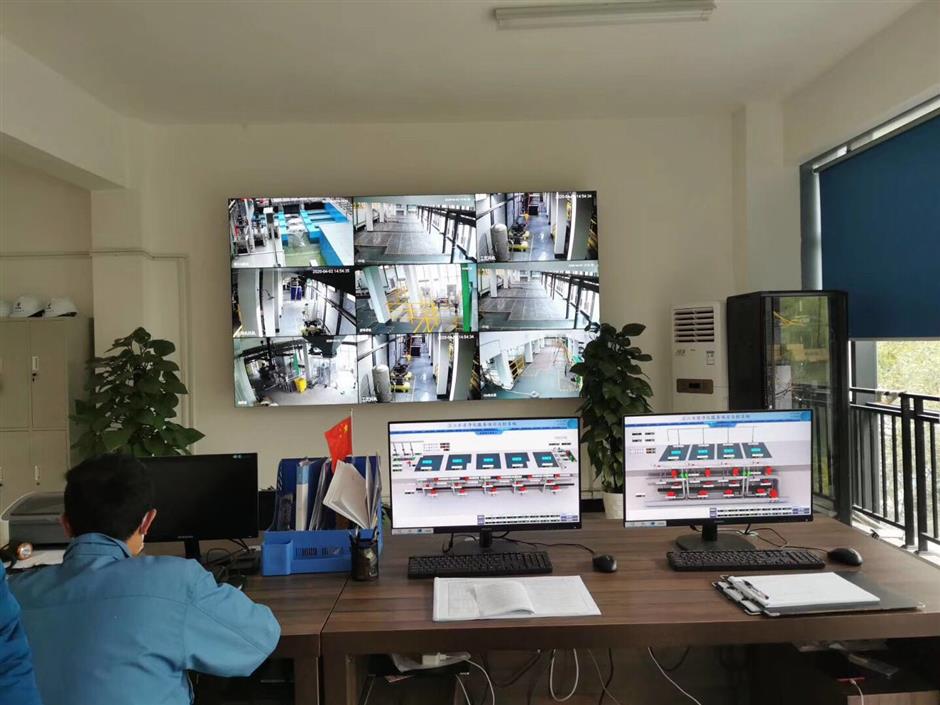 In 2016, Binjiang began to pilot a “smart rivers project” with 150 automatic monitors along watercourses, 628 smart sensors in manhole covers and 18 supervision stations at rivers.

Formerly, the district without sewage treatment plants had to transport waste water to neighboring Xiaoshan District. Expenditure on pipes and transport raised costs for the government.

The company applies the latest biological aerated filters (BAF) to cope with at least 15,000 tons of sewage a day. Different from traditional factories, its facilities feature smaller land area with a much higher work efficiency.

“When people visit our plant on Jiangnan Avenue, few could recognize it, because it looks like normal office buildings with glass walls,” said Dr Shou Weiwei, a technology officer with the company.

The plant covers an area of 2,000 square meters with most facilities operating underground. It is surrounded by lush vegetation, integrating with a park. Local residents can stroll around, as there are no bad odors.

“It was impossible to build a sewage treatment plant in the downtown area due to the lack of vacant land, but BAF makes it possible,” said Shou. “All the treated sewage is transformed into qualified water that could be released into rivers directly.”

Urban waterlogging is an eyesore in the city. In a bid to make local neighborhoods, streets and greenery better able to capture and store rainwater, the company has developed a smart monitoring model to supervise the hydrological regime and pipes.

“The monitoring model can forecast possible waterlogged roads or sections during rainstorms and typhoons and then coordinate different water disposal pipes to lower the water level,” Shou said. 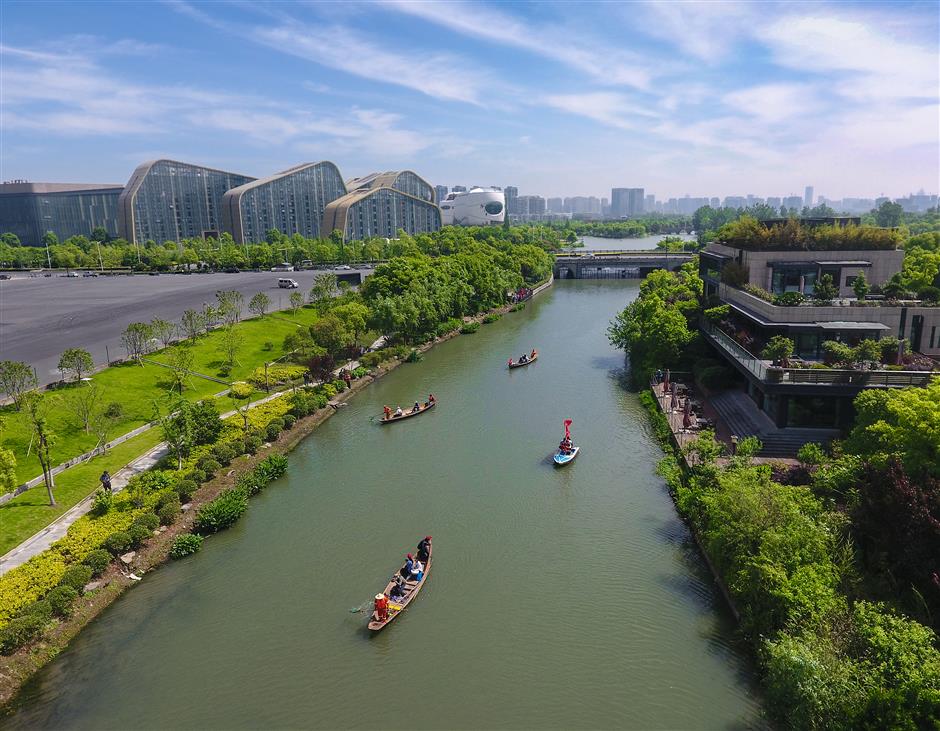 After Binjiang District invested around 5 billion yuan in more than 500 projects and brought around 83 percent of water courses to level-4 national standard water that can be used in agricultural irrigation directly, people can enjoy the beautiful view and clean river in the district.

The project is linked with Hangzhou’s “City Brain” system, with the aim of aggregating data of government affairs, companies and the society to boost the “Five Water Shared Governance” with cloud computing, big data and artificial intelligence.